Aug 20, 2017 9:00 AM PHT
Walden Bello
Facebook Twitter Copy URL
Copied
It becomes harder by the day to understand how they can remain in their positions when it is becoming abundantly clear that mass murder is the central and only real policy of this administration 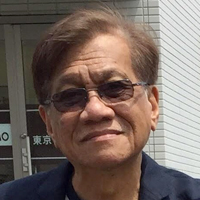 The last few days may be a grim milestone in the war on drugs. In less than 4 days, beginning August 15, police anti-drug squads slew 32 alleged drug pushers in Bulacan and 49 in Metro Manila, for a total of 81 kills. These days may well be the bloodiest in the one-year-old campaign. But what made these days particularly horrific was the execution in Caloocan of 17-year-old Kian Loyd delos Santos, who was dragged by police in full view of CCTV cameras, given a pistol by his captors and told to fire it, and then shot.

Three police officers implicated in the execution have been relieved of their duties. But can there be any doubt that the real culprit is the man in Malacañang, who has, in so many past statements, given the police license to kill? In one recorded instance, on March 14 of this year, he offered immediate pardon to any policeman convicted of killing people with impunity “so you can go after the people who brought you to court.”

True to form, the response of President Duterte to the escalating bloodshed that is deeply troubling many was to commend the Bulacan police and express his wish that 32 more people in the province would be killed. Later, the President lashed out at Commission on Human Rights Chairman Chito Gascon, calling him “ulol na mestizo” (crazy half-breed), and threatened to order the police to shoot human rights activists.

If there is any doubt remaining that Duterte will not let up on his bloody crusade, they have been banished. At the rate people are being killed, the number of victims at the end of 6 years could reach 60,000. This would easily make the Duterte drug massacre the third worst campaign of extermination in Southeast Asia’s recent history, after the Khmer Rouge genocide in 1975-78 and the anti-communist bloodbath in Indonesia in 1965-66.

When the President said last October that some 20,000 to 30,000 more people might need to be killed, many laughed off his words as another case of what they saw as Duterte’s propensity for hyperbole. They are no longer laughing, or at least some of them aren’t (since Duterte still has a sizable following of blind followers from the middle class who would follow him to hell).

And if there is any doubt that he plans to stay in power for more than one term, the President’s recent comments about victory in the drug war necessitating more than 6 years should be seen as softening the public for a more definitive announcement of his intentions when the time is ripe.

When we warn against his dictatorial intent, we are often criticized for prejudging the President or engaging in pure speculation. But it is those who think Duterte will yield power after one term who are detached from reality. Do they really think that after killing thousands of people, Duterte would allow himself to be legally shorn of power by what he considers the constitutional niceties of succession and be exposed to certain prosecution by the local courts and the International Criminal Court? 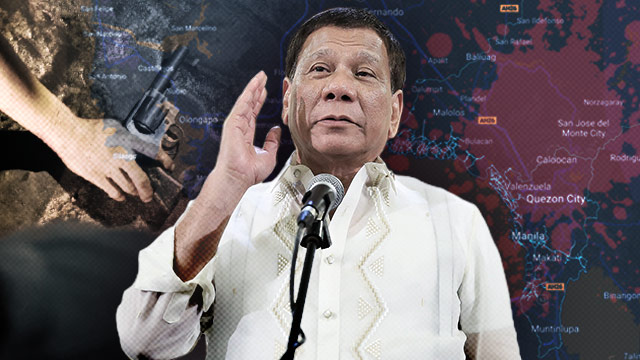 The recent developments raise the question of how anyone can continue to serve in the Cabinet of a mass murderer. Indeed, one would not be surprised if former environment secretary Gina Lopez and former social welfare secretary Judy Taguiwalo are secretly relieved at not being confirmed by the Commission on Appointments since they will no longer have to face criticism for remaining in the Cabinet as the murders escalate.

But there are others who remain in Duterte’s Cabinet who have had a distinguished record promoting human rights, people’s rights, labor rights, and social development, and it becomes harder by the day to understand how they can remain in their positions when it is becoming abundantly clear that mass murder is the central and only real policy of this administration, like the elimination of Jews was that of Hitler’s regime.

To think that they can isolate their departments from the rest of the administration and close their eyes to the bloodletting taking place under their very noses and insulate themselves morally from it is an illusion. By remaining in office, they are complicit in the crime, and they know it.

By this time, for these Cabinet members, it should no longer be a question of if but when they split from the mass murderer. If the dictates of conscience do not constitute enough motivation, then let their fear of history’s judgment of their failure to abandon a morally bankrupt bloodstained regime. Let history’s harsh verdict on the progressives who compromised with Marcos be a lesson to them.

The dilemma of these Cabinet members mirrors that of the remaining liberal or progressive citizens who have stuck with Duterte for over a year in the hope that he would bring about some social reform that would, in their peculiar calculus, offset his murderous spree. (READ: The Left’s unity and struggle with Duterte)

The departure of Gina Lopez and Judy Taguiwalo owing to the President’s refusal to support them and the absence of any significant social reform initiatives except for cheap populist stunts shorn of mechanisms for funding such as the free college tuition scheme, should make it easier for these people to end their moral and political ambivalence towards the fascism that is engulfing  the country. – Rappler.com

Walden Bello made the only recorded resignation-on-principle in the history of the Philippine Congress in 2015 owing to differences with the Aquino administration on the Disbursement Acceleration Program, the Enhanced Defense Cooperation Agreement with the United States, and the Mamasapano raid.