How to win the war on drugs 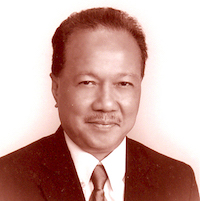 I hope President Duterte can read this.

Step 1 is to stop the supply, which flows from China, finished goods or raw materials. If they are gloating for stopping the recent “massive” smuggling of P6.4 billion worth of shabu, they are in for a surprise. That is not a milestone. There are hundreds of ways to smuggle shabu. It may even be just the tip of the iceberg.

Cut shabu at the source with a bilateral agreement with China on an integrated coordinated intelligence, police, customs, coast guard, immigration effort. It may not work all the way, but halfway is good enough. Half of them may be bribed but the good guys can monitor the bad guys. Once the smuggling is checked, there is no need to run after shabu factories which will have no more raw materials to process. Once shabu reaches our shores, it is hard to contain. The thing is to let it not reach our shores.

Step 2 is to stop the LGUs into drugs. The Manila Times came up with an inventory of mayors and vice mayors suspected of involvement in shabu operations. Four killed, 4 arrested, 52 others in Duterte’s list (13 in Luzon, 14 in Visayas, 25 in Mindanao) as of July 2017. The profound effect of local government units (LGUs) on shabu proliferation is mind-boggling. LGUs into shabu are the biggest culprit. The bad policemen, private drug lords and financiers polarize toward the leadership of local government. When Albuera Mayor Rolando Espinosa and Ozamiz City Mayor Reynaldo Parojinog were neutralized, the shabu empire in Leyte and Misamis must have shrunk dramatically for awhile. Maybe they are back.

The generals into shabu are also a problem. Duterte identified 5 generals. There may be more, as there is little intel. Good generals may not point at bad generals. They may be fewer but their clout is in the guns and armies to protect the shabu industry.

Why do you think the mayors did not stop even after reading about the killings and arrests of many mayors? Why did they ignore the warnings of Duterte that they may be next? The answer is simple – the money is so big, the temptation so great, that it is worth the risk for the greedy. They are super-confident as they hire large private armies which they easily can afford, or get protection from the generals, and they are “safe”.

Step 3.  Stop the killings of urban poor kids. Just run after the mayors, and half of the problem is solved. While the police are picking off addicts at the urban poor level by the hundreds, the drug lords still flood the place with ample supply. As the police sweep the garbage, they do not stop the people who scatter more garbage. Focus on pushers, suppliers, not users. 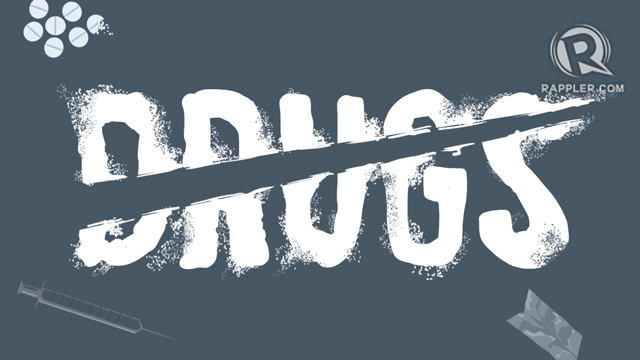 Step 4. Understand the true nature of shabu addiction to win the war on drugs. A stage 4 shabu addict is helpless to contain his own addiction. He will risk death to satisfy his unbearable desire. He will die for a high. Stage 5 addiction is psychosis or madness when shabu eventually destroys brain cells on a massive scale. It is easy to rape a sister or threaten a mother who refuses to give money. Shabu is directly related to heinous crimes.

The mayors do it out of greed, the urban poor kids do it out of sheer desire. Pushers are also addicts. It is easy to conclude that there are mayors and generals who are addicts, the pushers-ushers who are dangerous because they will get other addicts to finance their addiction. They are the catalyst to rapid shabu growth. They employ brinkmanship when they are high.

Finally, President Duterte’s rehab center in Nueva Ecija financed by China, which presently accommodates 35,000 is not a rehab center but a “soft jail”. It is bigger than Bilibid by far. At the growth rate of even, say a pessimistic thousand a day, it will be congested very soon. It may even follow the footsteps of Bilibid to house secret shabu factories smuggled out as a major supply line. Money talks.

Step 5. Rehab centers are better run by gentle people like nuns rather than soldiers. And they should be decentralized, 1,000 scattered in different provinces, 10 to 30 addicts per center. The Church should have a big role in this, rehab centers at the parish level. Addicts need to be loved and treated gently as a solution to addiction, not punished or whipped. They need monastic ambience so they can pray for healing.

How far are we in winning the war on drugs? Very far, indeed, even as thousands have been killed and the United Nations and international human rights groups hound us? Many nations have tried for many years and have failed. Even in the US, which is resilient in containing the menace, has failed all these years.

They can only contain it but not eradicate it. Duterte corrected himself in his time frame to eradicate shabu. He will correct himself again. It is a never-ending endeavor. There is no such thing as total rehab. Many factors are irreversible. A friend at the gate can destroy a whole year of painstaking rehab. The thing is to stop 1) the supply coming in, and 2) its spread and growth thru the LGUs. That is the best Duterte can do. – Rappler.com

Bernie V. Lopez is a seasoned columnist, writing in the last 20 years for various newspapers. He was a freelance director-scriptwriter of news documentaries for television too and was a Communications Professor at the Ateneo Graduate School of Business. He is in the healing ministry of Sr. Raquel Reodica, RVM. You may email him at eastwindreplyctr@gmail.com.