Aug 26, 2017 3:28 PM PHT
Vergel O. Santos
Facebook Twitter Copy URL
Copied
The more the press becomes intimidated, the more Duterte tries to intimidate it. It’s simply the nature of the man, as certified to clinically and as now revealed spectacularly in his presidency. 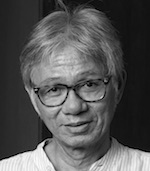 In 2020, the pioneering broadcast network ABS-CBN will lose its franchise if President Duterte gets his way. But what has he got to do with franchising, a purely congressional business? He has none, of course, but that’s true only in theory.

As is only too obvious in today’s practice, collusion, if not outright conspiracy, characterizes the relationship between the President and Congress, two of the 3 supposedly equal and independent branches of government. The third branch – the judiciary – may not be a relevant player at the moment, but, since news-media franchising is intrinsically a constitutional issue – a freedom issue – it’s bound to be dragged into the fray in the end, thus tested for its own sense of independence.

Apparently, the only reason Duterte wants ABS-CBN out of business is he dislikes its journalism. Anyway, with Congress proving itself a consistent colluder with Duterte – he has not lost a vote in it – it is expected to go along with him and deny the news network a new franchise.

In the hands of a political club like Congress, instead of an independent commission, the authority to bestow franchises is always potentially dicey business, and downright dangerous to a democracy where the applicant is one of the press, government’s natural adversary.

But why does any media enterprise have to be franchised at all? Why does it have to ask for its allocation of freedom? 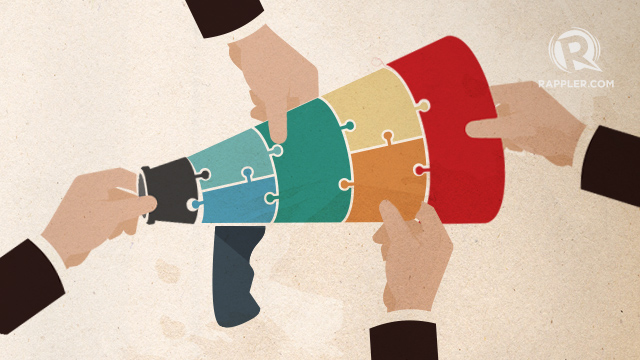 Effectively, franchising constitutes curtailment of press freedom, therefore unconstitutional. If franchising is conceded at all, it should be as a merely practical function, one akin to that of an arranger, confined basically to assigning places in a public domain for purposes of keeping order – it may be compared with, say, directing air traffic from an airport tower.

But even that function has been rendered irrelevant by the times – anachronistic. If space in that domain seemed limited before, it was only because technology had not advanced enough to disprove the notion; it has since done so. The unfranchised broadcast bombardment we get from all over the world, from all sorts of cultures, and in all manner of tongues should be proof enough.

But, a man observed to be inordinately fixated on power and vengeance, Duterte still wants ABS-CBN silenced. Understandably, a chill has blown across the media landscape; to Duterte, after all, silencing is a standard solution to anything that assaults his ears. Once, when foul-mouthing the media into silence at a press conference failed yet to satisfy his narcissistic longing to be believed as some ordained messenger of truth and wisdom, he decided to bar them. Some reporters are only thankful to not have suffered worse; Duterte’s capability for taking silencing to extremes is legendary. His war on drugs gives a frightening running illustration: it has taken the lives thousands of drug dealers and addicts.

Not a few news practitioners have admitted to me they feel intimidated, and much of the current journalism does tend to betray that feeling: hard questions go unasked and, as a result, reporting shows critical gaps. Opinion writing is itself timid, thus easily drowned out by the loud and savage and unrelenting torrents from Duterte trolls and bloggers online and conscripts from the mainstream media.

There necessarily is a huge price to pay in freedom for all this fear, this timidity, this default. However understandable, it constitutes a surrender of a measure of press freedom and a betrayal, to the same extent, of the public interest. And, with an adversary like Duterte, the situation can only get worse for anyone who values civility and reason, not to mention freedom, truth, and justice.

The more the press, the supposed vanguard for those values, becomes intimidated, the more Duterte tries to intimidate it. It’s simply the nature of the man, as certified to clinically and as now revealed spectacularly in his presidency.

How, indeed, could the elephant in the room be denied? It’s there rumbling in all its “antisocial, narcissistic” glory; it’s there exhibiting “gross indifference, insensitivity…[and a] grandiose sense of self-entitlement and manipulative behaviors”; and it’s there parading a deviancy all too familiar to the press: a “pervasive tendency to demean, humiliate others and violate their rights and feelings.” – Rappler.com