Feb 26, 2012 8:24 PM PHT
Jim Paredes
Facebook Twitter Copy URL
Copied
History will decide on how to judge them later on. But to me, their simplicity says a lot 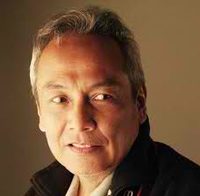 My family and I have had many encounters with national political figures and leaders throughout Philippine history that will someday make for interesting reading. Here are moments I had with 2 leaders who left an impression on me. History will decide on how to judge them later on.

But to me, their simplicity says a lot.

There is a family story I treasure about a visit the late President Ramon Magsaysay made to my grandfather’s house. I was still too young to make sense of the event but it is among our family’s favorite stories. Here are the details as they were told to me when I was old enough to appreciate it.

My father invited the President to visit his parents’ home on Alfredo, a very narrow street off Laong Laan in Sampaloc, and the President obliged. It was an event all the Paredeses anticipated with excitement. It was not everyday that the President of the Republic of the Philippines would come visiting one’s residence.

My grandmother made sure the house was presentable. My grandfather had the food catered and made sure every kind of alcoholic drink was available for the President to enjoy. Finally, the day came and President Magsaysay arrived at my grandfather’s residence in a long black limousine that occupied the width of Alfredo Street. My Lolo and Lola, my Dad and his siblings, all of us cousins and other close relatives were on hand to welcome him.

After the formalities, my grandfather asked the President what he could offer him to drink. The President smiled and asked for a Seven-Up, his favorite drink. To my Lolo’s misfortune, it was one of the very few drinks he had not thought of buying for the occasion. He did not imagine that the leader of the Philippines would be ordering a simple soft drink. After a light moment of embarrassment, my Lolo sent the houseboy to a nearby sari-sari store to buy the President’s soft drink.

When Magsaysay left my grandfather’s house, the street was jammed with people wanting to touch him, or even just to see and wave at the man they called The Guy. He gamely dove into the crowd shaking hands with everyone within reach. It took him a while to get to his car.

My family will never forget what a simple man President Magsaysay was.

When my father’s remains were brought to our home in Boston Street, Quezon City the day after the plane crash, we wondered why his body was in a stately bronze casket fit for a king. It turned out that he had not yet been assigned a casket when the bronze coffin arrived for the President. But Magsaysay’s remains were already in an equally elegant coffin. So the bronze casket was given to my Dad.

I imagine that Magsaysay would not have minded giving his friend, my Dad, that singular honor.

I first met Noynoy Aquino on stage, at a rally during the campaign for the presidency. We shook hands.

The first time we actually talked was during the campaign when he called me on my cellphone. He wanted to know how I thought the campaign was going, and asked about some people we both knew from the NGO circles. Were they buying his candidacy? He asked. How can he involve more of them in the campaign?

A few months into his term, I had the opportunity to go to Malacanang Palace with the newly-elected officers of the Organisasyon ng Pilipino Mang-aawit (OPM), the premier group of singers in the Philippines. We were to be sworn in by the new President.

At 3 p.m., the young President walked in. He asked us to raise our right hands and repeat the oath of office. This was followed by the customary photo–op and then he asked us to sit down and he proceeded to give a speech that encouraged us to keep creating Filipino songs to widen the musical repertoire of our people.

Soon after, he gamely sat with us for merienda and engaged in light, friendly banter. I figured that he must have been relaxed with our group since we were not there to ask for anything that would be difficult for him to give. Actually, all we wanted was for him to give renewed impetus to the implementation of EO 255, an executive order his mother Cory Aquino had issued which mandated radio stations to play four OPM songs every hour.

After the merienda, OPM President Ogie Alcasid asked PNoy if he could invite us to his private quarters across the Pasig River. To our surprise, he readily said yes. Before we knew it, we were on a ferry crossing the Pasig to the Pangarap residence on the other side. On the boat, the President expressed embarrassment at the sight of tugboats a few hundred feet away that were waiting for us to cross so they could continue on their journey. He explained that he was uneasy about stopping traffic and making people wait for him to cross, but his security insisted on it.

The house was big and spacious but not ostentatious. Celeste Legaspi commented that it needed a woman’s touch. The other women agreed. PNoy brought us straight to his music room. It was his favorite place to relax, he said. Inside, I saw a stereo system with components that were haphazardly and unprofessionally assembled. The ‘monster’ cables of the speakers were scattered everywhere, the entire arrangement was aesthetically challenged. But it sounded good.

Obviously, he had assembled the stereo system himself (since he had just moved in), and we were being treated to its superior sound. When I asked him what brand his speakers were, he proudly told me they were Von Schweikert speakers that he had bought third hand at a good price. He also bought his amplifier at a bargain since it was the demo unit in an uppity stereo store in Manila.

I smiled to myself. It felt very good knowing that the President of the Philippines, the most powerful man in the country who had ample resources of his own, actually had stereo equipment that was pre-owned! After years of scandalous luho, the extreme extravagance of the Arroyo administration for years, I was close to ecstatic seeing the newly sworn-in President Noy being just the opposite. He was simple, humble and averse to fanfare and the trappings of power.

Clearly, he didn’t mind having visitors in his house he could discuss matters with that were outside the concerns of State. He excitedly shared his music collection with us, frequently changing CDs even before a song would finish playing.

His musical taste is eclectic, ranging from The Carpenters to Bacharach, to trance music, to OPM and Brazilian artists. He even asked some of us to sit on the best sofa in the house to where the stereo speakers were pointed and tweaked for maximum enjoyment.

I have spoken with the President over the phone a few times since.  Sometimes, I text him and let him know what I and other people think about some of his actions and policies. Sometimes, instead of merely texting back, he calls.

He once told me that I should let him know what I think is important for him to be aware of. So when I talk to him, I do not hold back even on criticism if I feel that he should know about it.

I thought I should share these experiences since they give us a glimpse into the character of our President. He is a no-frills guy who has a great respect for ordinary people, and who pursues his passions, well, with a passion. Some of us may like him, some may not.

While I was thrown off when he bought a second hand Porsche, I can understand his momentary need for indulgence as a mid-lifing bachelor. But the fact that he listened to public opinion and eventually sold it says a lot about who he is and what he stands for.

I have no doubt that his preference for a Sabrett hotdog for lunch when he was in New York was not a PR gimmick. Nor his aversion to ‘wang-wang’.

In today’s politics where there are image handlers that project candidates to voters for maximum political gain and effect, it was/is quite an experience to be privy to these un-staged, candid and casual moments with 2 men who became Presidents of our republic. – Rappler.com

Mr. Paredes is a singer-songwriter with Apo Hiking Society.  He wrote the song which became the anthem of the 1986 people power revolt, Handog ng Pilipino sa Mundo.  An activist through music, he’s taken his messages online through social media.  He is also a columnist for The Philippine Star.