Threats of narcoterrorism in the Philippines 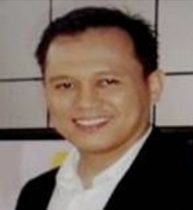 Facebook Twitter Copy URL
Copied
Narcoterrorism has become a security problem that, if not quickly abated, can undermine world peace and stability

While waging the war on drugs, the administration of President Rodrigo Roa Duterte inevitably confronts the continuing battle against terrorist threats in the Philippines.

The Davao City bombing on September 2, 2016 and the May 23, 2017 Marawi City siege have aptly unveiled the panoply of security threats facing the Philippines involving drugs and terrorism.

The Philippines is, therefore, not spared from the problem of what many security experts call as narcoterrorism. The problem of drugs and the threat of terrorism pose clear and present danger to the well-being of the Filipino people.

The concept of narcoterrorism

Former Peruvian President Belaunde Terry originally coined the said term in 1983 to describe terrorist attacks on his counter-narcotics police forces by rebel forces. These rebels belonged to the Sendero Luminoso, more known as the Shining Path, a virulent communist party in Peru. Eventually, the term narcoterrorism referred to violent activities of the Fuerzas Armadas Revolucionarias de Colombia (FARC) or the Revolutionary Armed Forces of Columbia. Latin American authorities blamed the FARC and the Shining Path for perpetrating terrorism and trafficking of prohibited drugs in the Latin American region.

In the 1990s, particularly after the end of the Cold War, the definition of narcoterrorism expanded to include violent activities of both drug syndicates and rebel groups. At the turn of the 21st century, scholars and experts used the concept of narcoterrorism to grapple with the involvement of terrorist groups in drug trafficking, particularly those associated with Al-Qaeda and the Islamic State of Iraq and Syria (ISIS).

At present, many scholars and experts use narcoterrorism to describe the complex nexus of drugs and terrorism.

Current state of narcoterrorism in the Philippines

According to the Philippine Drug Enforcement Agency (PDEA), 11,321 villages or 26.93% of 42,036 villages in the Philippines are severely affected by drug problems. More than 3 million Filipinos were reported to be addicted to illegal drugs in 2015, based on the 2015 Nationwide Survey on the Nature and Extent of Drug Abuse in the Philippines conducted by the Dangerous Drugs Board (DDB).

In May 2017, PDEA reported that 4.7 million of Filipinos became users of illegal drugs. This higher figure, PDEA argues, is more reflective of the real situation on the ground. Around 34% of crime incidents in the Philippines were attributed to illegal drug use in 2013. Almost 80% of all heinous crimes committed in the country were caused by drug addiction.

The UNODC reported that the Philippines is one of the key transit points and major destinations of illegal drugs, particularly amphetamines, in Southeast Asia.

Illegal drug use not only encourages violent crimes but also fuels terrorism in the Philippines. Some personalities associated with terrorist groups like the Abu Sayyaf Group (ASG) and the Bangsamoro Islamic Freedom Fighters (BIFF) were accused of either being drug addicts or drug dealers. Lawless elements of the Moro Islamic Liberation Front (MILF) and rouge members of the Moro National Liberation Front (MNLF) were also accused of the same involvements in illegal drugs. It will not be surprising if other personalities associated with other armed groups like the Ansar Khilafa Philippines (AKP), the Maute Group, and the Al Khobar Group (AKG) are also involved in illegal drug activities.

The illicit drug economy should be regarded as a strategic concern in the peace process between the government of the Philippines and the Moro Islamic Liberation Front (MILF). Left unchecked, the combination of drug-related corruption and violence is likely to have an adverse effect on the governance institutions of the future Bangsamoro. Stakeholders in the peace process therefore need to turn their attention to the drug economy and use the implementation of the peace agreement as an opportunity to address the drug problem. Priorities for action include using drug enforcement as a confidence-building measure, insulating the new Bangsamoro police from corruption, providing alternative economic opportunities for poor communities, challenging the sense of impunity among drug criminals, preventing money laundering, and cutting the links between criminals and politicians.

In the Autonomous Region in Muslim Mindanao (ARMM), the connivance of terrorist groups and drug syndicates has already been investigated. The ASG’s involvement in drug trafficking has also been studied and properly documented. Thus, there was a reason why the PNP described the Davao City bombing on September 2, 2016 as an act of narcoterrorism.

To combat illegal drugs, the Philippines has existing counter-narcotics institutions: the PDEA, the Dangerous Drugs Board (DDB), and the now defunct Anti-Illegal Drugs Group (AIDG) of the PNP. In March 2017, the PNP launched the Drug Enforcement Group (DEG) to replace the AIDG. The Philippine Congress also has the Committee on Dangerous Drugs to oversee the functions of PDEA, DDB, and the DEG.

Under the Duterte administration, the PNP is at the forefront in the current war against drugs with the Armed Forces of the Philippines (AFP) playing a supportive role, particularly against terrorist groups engaged in illegal drug activities. The PNP’s anti-illegal drugs campaign plan is called “Double Barrel”. The Lower Barrel is dubbed “Project Tokhang” while the Upper Barrel is called “Project HVT (High Value Target)”. There are 5 stages for Project Tokhang:

Project HVT is implemented through inter-agency coordination. Towards this end, the Duterte government created the Inter-Agency Task Force on Anti-Illegal Drugs to uphold the “Whole-of-Nation Approach”.  A special fund was also allocated to support the activities of the task force. During its first 100 days in office covering the period June 30 to October 7, 2016, the Duterte administration reported to have conducted 7,928 anti-illegal drug operations with 8,428 persons arrested, 7,002 cases filed in court, and a P8.21- billion worth of seized illegal drugs. The government also dismantled several clandestine laboratories and chemical warehouses being used for the manufacture of illegal drugs. It also arrested 538 high-value targets during the first 100 days in office of President Duterte. But waging the war on drugs a year after, the Duterte administration suffered tremendous setbacks when ISIS-linked armed groups in Mindanao attempted to take over Marawi City to establish a wilaya or a province of the Islamic State (IS) in Southern Philippines. These armed groups belonged to a unified organization called Daulah Islamiya Wilayatul Mashriq (DIWM), the so-called Islamic State Province in East Asia, headed by Isnillon Hapilon of the Abu Sayyaf Group and Abdullah and Omar Maute of the Maute Group.

President Duterte himself asserted that money from illegal drugs funded terrorist activities in Mindanao. In his report to the Philippine Congress to justify the declaration of martial law in Mindanao, President Duterte argued that “foreign-based terrorist groups, the ISIS (Islamic State) in particular, as well as illegal drug money, provide financial and logistical support to the Maute group.”

In his speech at the 119th anniversary of the Philippine Navy in Davao City, President Duterte disclosed, “There was a time and until now that the terrorism activities in the Philippines is funded and fueled by drug money.” Philippine National Defense Secretary Delfin Lorenzana affirmed this when he exclaimed, “The proceeds of the narcotics [trade] are being used for these terroristic activities.”

Despite the acknowledgment of the drugs-terrorism threat in Mindanao, the Philippine government, unfortunately, has not yet released a single document to articulate a national strategy to counter narcoterrorism in the country.

There is no doubt that combating drugs and terrorism has become the flagship program of the Duterte government. The intention is right as the current campaign aims to address criminal violence and other social issues associated with the use of illegal drugs and the concomitant threats of terrorism in the Philippines.

But given global lessons learned in combating narcoterrorism and the current state of narcoterrorism in the Philippines, what are the policy options and alternatives for the Duterte government?

In 2016, the Transform Drug Policy Foundation, an independent international charitable organization, published the second edition of The Alternative World Drug Report. This Report laments that for the past 50 years, the approach adopted by many countries to fight illegal drugs has not been changed. The dominant approach against illegal drugs has been law enforcement heavy that is “predicated upon policy and military enforcement against producers, suppliers and users – a war on drugs in popular discourse.”

While law enforcement is important to address the criminal aspects and implications of illegal drug use, there is now “a growing demand for a more balanced and comprehensive evaluation of the wider impacts of current drug law enforcement strategies, and also for evidence-based exploration of possible alternative approaches.”

From this Report, the Duterte government may consider the following options and alternatives:

Based on important experiences of some countries, those that privilege the hard approach (war on drugs, crackdown against drug addicts, drug-free society) have led to the unnecessary criminalization, marginalization and stigmatization of people using drugs but not harming others. This kind of approach, unfortunately, has enormously failed worldwide based on scientific studies made by global experts.

According to the Global Commission on Drug Policy, “The global war on drugs has failed, with devastating consequences for individuals and societies around the world.” It argues, “Vast expenditures on criminalization and repressive measures directed at producers, traffickers and consumers of illegal drugs have clearly failed to effectively curtail supply or consumption.”

But illegal users who are not harming others must be treated as patients needing careful medical attention (soft approach).  These users must receive appropriate health and treatment services and not punitive and law enforcement actions.

Findings from solid scientific studies of experts indicate that countries that have pursued harsh actions against drug addicts, dealers, and traffickers and have implemented massive arrest and detention of drug offenders have continued to suffer higher levels of illegal drug use and its concomitant social problems than countries that have adopted a more tolerant, humane and softer actions.

While a hard approach is essential to fight violence and terrorism associated with illegal drug use, the Duterte government should isolate users who are not harming others. These users need a soft approach that requires treatment, rehabilitation and care.

Illegal drug use is a global menace. Its nexus with terrorism further exacerbates the problem it causes to citizens of the world. Narcoterrorism has become a security problem that, if not quickly abated, can undermine world peace and stability. Thus, many countries have adopted various measures to counter the virulent threat of narcoterrorism.

The Philippines is not spared from narcoterrorism. President Duterte has recognized the gravity of this problem. From a war against drugs, the Duterte government has launched a war against drugs and terrorism. The Davao City bombing of  September 2, 2016 provided the current government a strong justification to pursue this war.

But not all users are engaged in crime and terrorism. This type of users needs a soft approach through treatment, rehabilitation and care.

Based on global lessons learned and solid scientific findings of experts, the Duterte government must adopt a more comprehensive strategy against drugs that applies both hard and soft approaches.