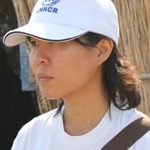 Nurus Samam and his wife Sanjida only wanted to raise their son, two-year-old Abdul Hamid, in peace. But when violence erupted in Myanmar, they were forced to abandon their home and brave a dangerous journey to find safety in Bangladesh.

Caught in a storm while setting sail across the Bay of Bengal, their boat broke up. The family was thrown into the sea, along with around 100 other refugees. (READ: The Rohingya and the port of last resort)

Nurus survived, but his wife and son did not.

“I keep hearing him crying out ‘Papa, Papa!’ when I shut my eyes,” says Nurus, one of the 24 survivors of the tragic wreck.

As thousands of refugees continued to stream into the border last October, I met Rozia, who came alone – injured and crying. For two hours, we wended across the paddy fields to the nearest village in Bangladesh.

I held her cold, trembling hand and carried her whole life in a plastic bag. My arms were aching and I almost passed out from the heat. I could not imagine how Rozia managed to walk 7 days to find safety here.

In the last nine weeks, more than 600,000 Rohingya refugees have fled their homes. Each one a testament to incredible strength and resilience. Like Nurus and Rozia, they face unimaginable losses.  Illness, injuries, and trauma as a result of extreme violence, torture and sexual abuse exacerbate the hardships.

Many have lost family, relatives, and friends ‘The most desperate and devastating thing’

The Rohingya are a stateless Muslim minority in Myanmar.  As a consequence, they have faced discrimination and extreme poverty for decades. The new arrivals have joined an estimated 300,000 refugees who were already in Bangladesh before the crisis.

While heading to a refugee camp in Bangladesh soon after violence broke out last August, we passed a beach in Shamlapur. We saw dozens of boats on the sea and people just streaming off them. They were exhausted but they were also relieved. Some of them just collapsed on the beach. This was the most desperate and devastating thing I’ve seen in my 15 years of working with refugees.

It reminded me of photos I’ve seen of Vietnamese boat people in the 1980s. But this is 30 years later. How can it be happening again?

UNHCR, the UN Refugee Agency, is working around the clock in Bangladesh to support the thousands who continue to arrive, often exhausted, hungry and deeply distressed. (READ: Myanmar has failed to protect Rohingya from atrocities – UN)

Some walked for up to two weeks just to reach safety, trudging through jungle and even crossing a swampy marshland and a river in the border area. They claim many other families are on the run and UNHCR is quickly preparing for additional arrivals in the coming days, including the establishment of a transit center to try to deal with the sudden influx. Your help is urgently needed

As more refugees arrive every day, there is an acute need for emergency shelters and other forms of aid. Infrastructure and services continue to be overstretched, so your help is urgently needed.

To lessen the risk of waterborne and airborne diseases, refugees and host communities urgently need more clean water, healthcare and other supplies. Pregnant women, young children and the elderly are especially vulnerable.

Meanwhile, UNHCR continues to boost its presence on the ground. We have deployed nearly 80 international emergency staff to the operations and has already recruited over 40 new national staff on the ground to support the operational needs in Bangladesh.

We have also taken up our leadership of the Protection working group and have begun a quick participatory needs assessment.

UNHCR requires an estimated USD 84 million to support the emergency response requirements from September 2017 to February 2018 in Bangladesh, which was already coping with devastating floods before the refugee influx. Bangladesh has been handling the crisis in the best way possible not just today, but since the 1970s when it opened its doors to Rohingya refugees escaping persecution. It’s being humanitarian. It’s looking at human rights and people’s needs first, before politics and anything else.

As Bangladesh shoulders the full extent of this new crisis, UNHCR calls on all countries in the region to show solidarity and do their part in keeping their borders open and protecting refugees who are fleeing discrimination, persecution, and violence in Myanmar.

“Bangladesh is not rich country and these are not rich people giving this aid. Once again, a country with few resources is giving a very positive example in terms of solidarity with refugees to many countries that have many more resources and have restricted that access,” said Filippo Grandi, UN High Commissioner for Refugees, after visiting the refugee camps in Cox’s Bazar last September.

As UNHCR’s emergency response continues, one important thing that stands out from this crisis is the trauma carried by those who have fled what Mr. Grandi said was “really exceptional and extraordinary” violence.

“Of the scars which Rohingya refugees carry, the most difficult ones to heal will be those that violence has caused to their hearts and minds,” he said.

In 2015, Filipinos have expressed solidarity with the Rohingya when no other country would like to take them in. At the time, UNHCR has lauded the Philippine government for being the first to offer shelter and protection to thousands of refugees whose lives were at risk while drifting aimlessly at sea.

This expression of support has inspired and catalyzed other nations into following suit.

Two years hence, we at UNHCR hope we can count on you to stand with Rohingya refugees once again in their time of greatest need. – Rappler.com

Rohingya refugee arrivals from Myanmar to Bangladesh are rising again. Together with our partners, we are working around the clock to provide protection and life-saving assistance. Please donate today to provide emergency shelter and life-saving aid: https://donate.unhcr.ph/rohingya