[OPINION] Shoot rebels in the vagina? Duterte is ‘a damaged man’ 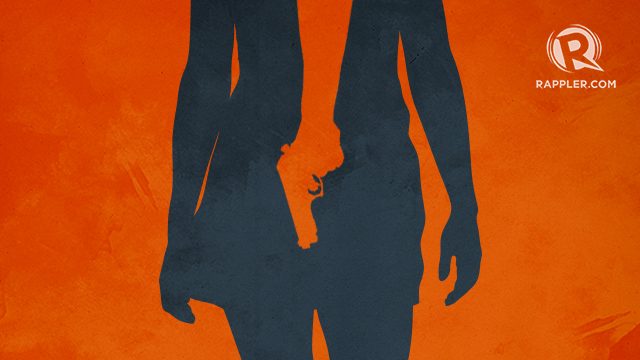 Facebook Twitter Copy URL
Copied
Leila de Lima: ‘[Duterte’s order] is a threat against soldiers…because this is a man that would take the honor, dignity, integrity, patriotism, and professionalism of a Filipino soldier, and manipulate it to satisfy his own brutality and bloodlust.’ 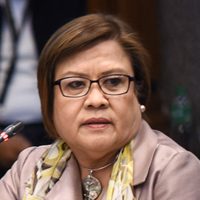 A few days before Valentine’s Day, Duterte again demonstrated that he is a gift that keeps on giving – a gift as unwanted as misogyny, pointless violence, and assault against law, human rights, and human decency inflicted upon an unwilling audience.

It was reported that Duterte recently boasted that he had, in the past, ordered soldiers to shoot female communist rebels in the genitals. It seems to be implied that it’s but a fitting punishment because such women preferred joining rebel forces over raising children. He even allegedly went on to point out that “if there is no vagina, it would be useless.”

Kung ang isda ay nahuhuli sa bibig, it should be too easy now to catch what this man is all about.  He is a sex-obsessed sociopath who thinks women are only useful if they can give birth and raise children, and it is manly to promote sexual violence.

It is a threat against soldiers because they are being “led” by a person who is unworthy of standing shoulder-to-shoulder with them, much less as their commander-in-chief. Why? Because this is a man that would take the honor, dignity, integrity, patriotism, and professionalism of a Filipino soldier, and manipulate it to satisfy his own brutality and bloodlust.

They will be weaponized to become the very monsters and inflict the very same horrors that they have sworn to protect the state against. He is a corruption that will destroy the institution and the very essence of being a Filipino soldier. I will go out on a limb and say that is not what they are sacrificing their lives and their family’s happiness for.

Dear soldiers, brave men and women of the Philippine armed forces, let it not be.

This President is a threat against us, the Filipino people. He is no protector. He is no leader. He is no “strong” man. He is a damaged man. I even pity him, because the damaged person he has become could not have come from healthy experiences. The man needs to seek professional help.

I know that by expressing all these I risk calling to mind, once again, the misogynistic attacks I suffered at the hands of Duterte and his minions. I will be abused all over again, and my humanity and womanhood attacked and demeaned.

The most advantageous path for me to take is perhaps to keep quiet and not draw more attention than has already been paid upon me and my personal life. But to do that is to accept the role of a victim – bowed, bent, broken, and silenced.

But that is not who I am. I am whole. I am not just a survivor, I am a warrior. I am a woman, and I refuse to be silenced. Certainly, I will not be cowed because there is more at stake here than my own personal comfort and interests.

I will speak up for other women and say that we are more than the sum of our reproductive organs. We are human beings deserving of respect for our rights and dignity.

I will not meekly sit in my detention cell and allow a vengeful, abusive, and ill-minded person to make his brand of violence, brutality, and sickness to become the “new normal” in Philippine society.

No, this is not normal. This is not right. And people should speak up and say so. – Rappler.com