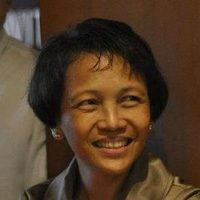 The big revelation in this impeachment trial is the Supreme Court’s power to hide information and obstruct the search for truth.

For the first time in its history, the Court is subjected to this scale of scrutiny. Never before has a member of the Court been impeached. Thus, the impeachment of Chief Justice Renato Corona has put the glare of the spotlight on the highest court of the land, the most secretive institution in government.

And how has the Court responded to this call for transparency? By fortifying its wall of secrecy.

On Valentine’s Day, the Court issued a 28-page resolution that is an almost-blanket rejection to the request of the prosecution for information and select personnel to testify in the impeachment trial. This, despite its declaration that the Court adopts a “policy of transparency.”

First, the Court ruled that documents or testimony that have to do with administrative matters, mainly timelines, are confidential. These, obviously, do not have anything to do with Court deliberations which are strictly off-limits to the public.

Justice Ma Lourdes Sereno, in her separate opinion, pointed out, among others, that the SPA is a public record, notarized, and “made a public document by law.” “Suddenly,” she wrote, “it becomes a confidential record covered under judicial privilege by the mere fact of its having been filed with the Court.”

Second, the Court said that a rollo (files) of a “closed and terminated” case, meaning it belongs to history, cannot be examined because it contains “privileged and confidential information.” For example, the files of Merceditas Gutierrez v. The House of Representatives Committee on Justice “contains materials that are still covered by privilege or are still considered confidential.”

Question: When are records of decided cases released from the cloak of confidentiality? The Court does not answer this.

Gaining access to information has always been a struggle with the Court.

When my colleague, Criselda Yabes, and I were researching for our book, Our Rights, Our Victories: Landmark Cases in the Supreme Court in 2010 and early last year, we encountered this same problem. We wanted to tell the stories of people who fought for their rights all the way to the Supreme Court in a popular manner and make these historic cases accessible to the public.

Our initial requests for files of old, decided cases gathering dust in the Court’s archives reached the en banc, meaning the 15 justices had to approve these during their weekly meetings. A few of these were granted.

When we requested for more, the Court said they would study the matter and come up with a disclosure policy. We have not heard of their decision till today.

Lest we forget, their resolution on non-disclosure of SALNs still stays. We still can’t gain access to the assets and liabilities statements of the justices.

Looking back, it was good timing for the impeachment court to have subpoenaed the SALNs of Chief Justice Corona early on in the trial, before the Valentine’s Day resolution came about. – Rappler.com