Facebook Twitter Copy URL
Copied
Sexual reprobates, like these two presidents, like their women weak and submissive to hide their impending impotence but, more importantly, because they want to conceal what they are terrified of: strong women 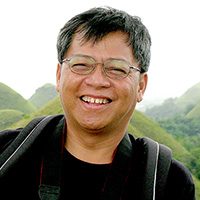 When asked what these two presidents – Rudy Duterte and Don Trump – have in common, pundits and political scientists immediately say that it is their populist streak. After all, both supposedly won by tapping on an intense wave of anti-elitism among their constituents and by grandstanding as the voice of the people at a time when they were increasingly marginalized and silenced.

All this is, of course, a lie. It is now common knowledge that Trump and Duterte benefited from the talent of the propaganda machine Cambridge Analytica, and that their bountiful campaign chests did not come out of the tingi-tingi (piecemeal) donations of the poor but from the bank accounts (legal and hidden) of the American and Filipino rich.

Their first policies as presidents also show how minimal their concerns for the poor are: Trump removed environmental regulations, ended American participation in the global economy and thus risk a spark in the unemployment rates, and drastically cut the budget of social services departments. Duterte borrowed and killed, and he has Trump showering him with kudos.

In short, the idea of the populism argument as the tie that binds Donny and Digong does not hold water.

How about their rascally dispositions? Are they not evil twins in that regard? Possible. They do like to trash talk (although Digong is much vulgar) and push the conversations into intolerably vulgar directions. Digong added to the general interests by proclaiming that he liked Trump better than Barack Obama because, “We both like to swear.”

Alas, this is not unique to Don and Dig. Every American and Filipino president I remember swore like they were chicos de calle. Rolling Stones Magazine’s brief history of presidential profanity shows how “dirty words” were part of White House parlance, expressed with bravado by “Honest Abe” Lincoln, to the Camelot-like JFK, to the seemingly spiritual Obama. Manuel Quezon was known for his Spanish curse; Gloria Arroyo, her puñetas; and Noynoy Aquino’s expletives could supposedly match that of Marcos and Erap. So, like populism, there is nothing new here when looking at the antics of Don and Digong.

What they share very closely is their revolting treatment of women.

To the two D’s, women are sex objects, there to satisfy their libido. Women are the “trophy” wives and mistresses whom they can bandy around to brag that they still have “it.” However, often following this braggadocio is the admission that it is Viagra that enables them to perform – not the romance nor passion, but the blue pill. Recall what Digong admitted to a BBC correspondent: “I was separated from my wife. I’m not impotent. What am I supposed to do? Let this hang forever? When I take Viagra, it stands up.” And check also what he told the Inquirer.

When done with these women, they move to others. Trump was notorious for bragging that he could easily call a woman “a pussy” when he “moved on her.” But we know this is not true. He has a hard time jumping from one bed to another because, as Stormy Daniels wonderfully put it, “[The] sex was textbook generic [and] was nothing crazy,” adding, “It was one position. What would you expect someone his age to do?”

Their followers take pride in these displays of gerontocratic macho bravado, broadcasting what they would do to women. In their troll-threats, they are out to show to their idols that the abuse they can heap on women, especially critics, will be far worse than what their gods would do to the other sex. And they are out to make the two D’s proud of them.

Their defenders claim that the sexual swagger is just that – empty bluster. In practice, they say, Digong respects women (look at his women’s centers in Davao!) while Trump acknowledges women’s talents (check out the exemplary works of Elaine Chao, Kellyanne Conway, Betsy De Vos, Nikki Haley and, of course, First Daughter Ivanka Trump!). These are patronizing portraits. The Trump women are only holding their posts through the generosity of the men, and women centers were nothing but gildings to strongman rule.

Take out these embellishments and you are left with these rogues, ready to goafter the woman nearest to them, not caring if these are housekeepers, sex workers, a nurse, or a businesswoman. They regret not having “sampled” missionaries, or call women who refused their advances as liars.

Sexual reprobates like their women weak and submissive to hide their impending impotence but, more importantly, because they want to conceal what they are terrified of: strong women. They reserve their venom on those women because these women’s ability, intelligence, standing, and grace bring into stark contrast these scalawags’ ignorance, pettiness, narcissism, and their paranoia.

Listen to the speeches of Senator Risa Hontiveros and interviews of Agnes Callamard and Maria Lourdes Sereno, and then eavesdrop on Digong’s rambling on sexual politics and rants against drugs, and, hands down, the women win. And women who are reticent about expressing their views show their contempt through their smirks and ho-hums when Duterte bragged about condoms and mistresses.

Even the American women supporters of Trump had become “troubled” by Trump’s out-of-script exaggerations and lies.

Don and Dig always lash out against media (“Fake news!”)  they reserve their bile when women challenge them. The nastier they become, however, the more they are exposed for what they are: emperors with no clothes and flaccid presidential members. – Rappler.com