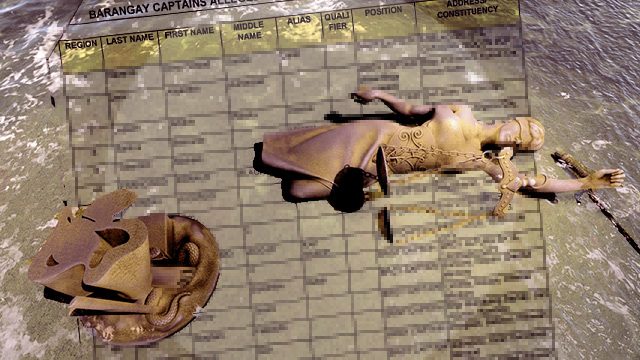 On April 30, the Philippine Drug Enforcement Agency released a list of barangay officials, which it claims are linked to illegal drugs. In a press conference, PDEA Director General Aaron Aquino and Department of the Interior and Local Government (DILG) Officer-in-Charge Eduardo Año said it was intended to guide the public on who to vote for in the coming barangay and Sanggunian Kabataan (SK) elections.

According to the two officials, Malacañang gave them the directive to publish the names of the barangay officials. Recall that, before this, there had been attempts by President Rodrigo Duterte and his allies to postpone the May 14 and let him appoint barangay officials because he didn’t want candidates financed by drug lords to win.

While the Philippine National Police (PNP) spokesman, Chief Superintendent John Bulalacao, gave assurances that the names went through a strict vetting process, PDEA chief Aquino admitted that the list, based on intelligence reports, couldn’t be taken as “100% true or accurate,” and that the agency had yet to gather enough evidence to become the basis for formal complaints. (Immediately, the next day, the media uncovered names of persons who have long been dead or imprisoned. A lot of names of were mispelled.)

Even assuming that PDEA has strong evidence against the persons on the list, tagging them as being “involved in illegal drug activities” without the benefit of trial or, at least, a fair opportunity to defend themselves is a violation of their constitutional rights to due process and presumption of innocence.

Apart from obviously prejudicing their chances at winning in the barangay elections, the revelation of the list has other terrible and more serious consequences. Since the string of drug-related killings started in July 2016, there has been an apparent correlation between the inclusion of one’s name in ther Duterte goverment’s narco list and being extra-judicially killed either by masked riding-in-tandem or in suspicious police operations.

If we follow this correlation, then the published list of barangay officials by PDEA could actually be a kill list (although PDEA denies it), and personalities named there should be take it seriously.

Another question emerges in relation to the list, which was released two weeks before the elections: are the persons whose names are in the PDEA list disqualified from running? (The campaign period started Friday, May 4, for the barangay and Sangguniang Kabataan elections .)

Indeed, one of the accessory penalties for those convicted under Section 35 of the Comprehensive Dangerous Drugs Act of 2002 is the denial of one’s “political rights, such as but not limited to the right to vote and be voted for.” The operative word however is “convicted” – it presupposes conviction or final judgement by a trial court, meaning the accused is found guilty beyond reasonable doubt.

The same requirement of conviction is required before those “elective local or national [officials] found to have benefited from the proceeds of the trafficking of dangerous drugs” can be “removed from office and perpetually disqualified from holding any elective or appointive positions in the government.”

So those barangay officials on the list who have not yet been convicted for their “links” to the drug trade cannot be disqualified. Accusation is not the same as conviction. Not even close to it.

Electioneering by those in gov’t

Yet, considering the official statements and side comments of Aquino and Año, as well President Duterte, it is clear that the intention of releasing the list is to portray those on it as law breakers and undesirables. It is to sway voters not to choose them come election time.

Now, our laws prohibit civil service officers and employees from engaging in electioneering or partisan political activity. But the release of the narco list falls within the legal definition of “election campaign” or “partisan political activity” under Section 79 (b) of the Omnibus Election Code: “an act designed to promote the election or defeat of a particular candidate or candidates to a public office.”

Some of the acts covered are the following:

(3) Making speeches, announcements or commentaries, or holding interviews…against the election of any candidate for public office;

(4) Publishing or distributing…materials designed to…oppose the election of any candidate; or

(5) Directly or indirectly soliciting votes, pledges or support…against a candidate.

It is clear that the act of PDEA, the DILG, and the PNP, following the definition of the Omnibus Election Code constitutes as “election campaign” or “partisan political activity” aimed at promoting the defeat of these alleged drug personalities.

This primarily violates Section 2 (4), Article IX-B, of the 1987 Constitution, which provides that “no officer or employee in the civil service shall engage, directly or indirectly, in any electioneering or partisan political campaign.”

This prohibition on civil service officers and employees from engaging in any electioneering or partisan political campaign is also reflected in Section 46(b)(26), Chapter 7 and Section 55, Chapter 8 both of Subtitle A, Title I, Book V of the Administrative Code of 1987, which provides:

No officer or employee in the Civil Service including members of the Armed Forces, shall engage directly or indirectly in any partisan political activity or take part in any election except to vote nor shall he use his official authority or influence to coerce the political activity of any other person or body.

Apart from violating the Constitution and civil service rules, the act of PDEA and PNP in releasing the list could constitute a punishable election offense:

(i) Intervention of public officers and employees. – Any officer or employee in the civil service, except those holding political offices; any officer, employee, or member or the Armed Forces of the Philippines, or any police force, special forces, home defense forces, barangay self-defense units and all other para-military units that now exist or which may hereafter be organized who, directly or indirectly, intervenes in any election campaign or engages in any partisan political activity, except to vote or to preserve public order, if he is a peace officer.

The release of the drug list by PDEA and PNP deliberately to sway voters not to vote for persons included there clearly constitutes intervention in an election campaign and engagement in a partisan political activity, as defined by Section 79 (b) of the Omnibus Election Code.

It must be noted that Section 261 (i) specifically exempts “political offices.” In Quinto vs. Comelec (GR Number 189698, February 22, 2010), “political offices” were interpreted to mean “elected public officials” as “by the very nature of their office, [they] engage in partisan political activities almost all year round, even outside of the campaign period.”

Following this definition, it means that any other civil servants holding apolitical or non-elective offices or those serving in all branches, subdivisions, instrumentalities, and agencies of the government, including government-owned or controlled corporations with original charters, are covered by Section 261 (1). This, therefore, unqualifiedly covers all the officials of PDEA, PNP, and DILG.

It should be further noted that while “political offices” seem to be exempted from Section 261 (1) of the Omnibus Election Code, the applicability of this provision in the context of the barangay elections is blurred by the fact that Section 38 of the same law mandates that “the barangay election shall be non-partisan.”

In the landmark case of Occeña vs. Comelec (GR Number L-60258, January 31, 1984), the Supreme Court noted that the purpose of this is to “insulate the barangays from the influence of partisan politics.” It is envisioned that the absence of political attachment would “promote objectivity and lack of partisan bias in the performance of their duties.”

In the controversy, allowing national elective officials and political personalities like President Duterte, PDEA Director General Aquino, and DILG OIC Año to intervene in barangay election political activities by campaigning against certain candidates is antithetical to the non-partisan nature of the barangay elections. To be consistent with this non-partisan policy, the exempting clause covering political offices should be deemed inapplicable in the case of barangay elections.

Another anticipated defense of these government officials is that the list was released on April 30, 2018, which is before the start of the May 4 campaign period, citing the case of Penera vs. Comelec (GR Number 181613, November 25, 2009). In Penera, the Supreme Court held that a person who files his certificate of candidacy shall only be considered a “candidate”at the start of the campaign period. Therefore, the barangay officials in the “drug list” are not yet “candidates” when it was released on April 30, as the campaign period was yet to start on May 4.

It must be noted, however, that the coming barangay election is a manual election. The modification of the word “candidate” in Penera was brought about by Republic Act 8436 or the  Automated Elections Law, which obviously pertains to an automated election. Its provision therefore has no application to a manual barangay election. For all legal intents and purposes, for the May 14, 2018 elections, one becomes a candidate upon filing of the certificate of candidacy last April 14 to 20.

If found guilty of intervention under Section 261 (i) of the Omnibus Election Code, PDEA, PNP and DILG officials could face imprisonment of not less than one year but not more than 6 years, and shall not be subject to probation. – Rappler.com

Emil Marañon III is an election lawyer. He served as chief of staff of retired Comelec Chairman Sixto Brillantes Jr. He graduated from the SOAS, University of London, where he studied Human Rights, Conflict, and Justice as a Chevening scholar.