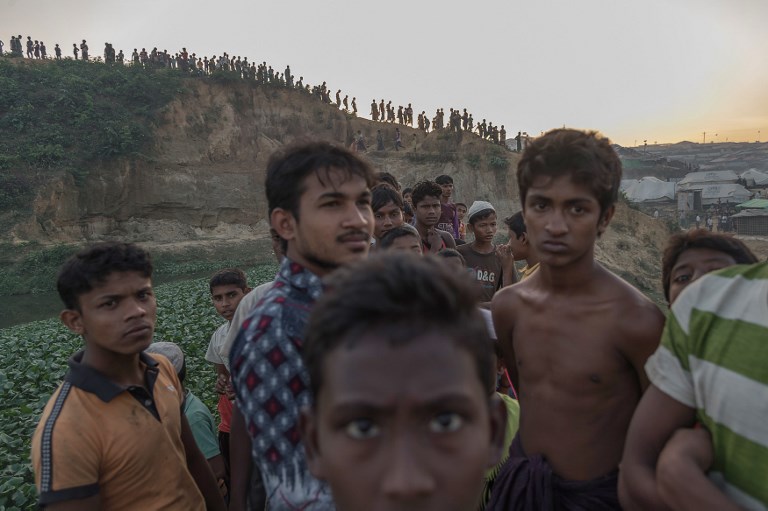 The tragedy of the Rohingya Muslims of Burma began with the forced expulsion of more than a half-million Rohingya people from northern Rakhine state to neighboring Bangladesh, a brutal army operation undertaken in response to an attack from a Rohingya militant group. But this conflict, now a humanitarian disaster as floods and mudslides threaten Rohingya camps, is also being fought with words. The government of Burma, also known as Myanmar, has erased their very name – “Rohingya” – from the news.

The Rohingya have lived in Burma for decades but were regarded by the majority Buddhists as interlopers from Bangladesh and derisively called “Bengalis.” In a nation with dozens of minority ethnic groups, Rohingya have been left stateless and persecuted. The maltreatment did not ease with the arrival of a fragile democracy in recent years, led by the longtime dissident and Nobel Peace Prize winner Aung San Suu Kyi, who is now the de facto head of government.

In recent weeks, the Burmese information ministry has detected the word “Rohingya” in television broadcasts by Radio Free Asia, a private, nonprofit news organization, funded by the US government, which brings news to closed societies in Asia, and the BBC. Both organizations used “Rohingya” in shows that were shared with Democratic Voice of Burma, which operates on the state’s MRTV channel. The information ministry said that RFA and BBC could no longer air their content if they continued to use the word “Rohingya,” which is “strictly prohibited.” Both RFA and the BBC refused to censor their programs, and quit their partnership, although both will continue to be available to Burmese by shortwave, social media and websites.

Censorship was absolute under the military dictatorship that ruled Burma from 1962 to 2010. Hope blossomed for change when the shift to democracy began, and especially after Aung San Suu Kyi’s National League for Democracy won a landslide in the 2015 election. But the past few years have shown that neither the NLD nor the military is making much progress toward press freedom; old laws that allow selective punishment of journalists remain on the books. The unjust detention of two Reuters reporters, Kyaw Soe Oo, 28, and Wa Lone, 32, who were investigating the killing of 10 Rohingya men and boys during the crackdown, is only the latest example.

Many people are questioning why Aung San Suu Kyi has let this happen. In her defense, it is often pointed out, correctly, that the military retains significant power in Burma, including in parliament and control over key ministries, and that she can only do so much. It is also true that Aung San Suu Kyi has appealed to people not to use either “Rohingya” or “Bengali,” saying they are emotive terms, which is hardly a courageous response. She must be asked why her government is acting as a censor. Surely she remembers during her long years of house arrest tuning in to RFA and the BBC to hear the truth. It is distressing to see it suppressed on her watch. – © 2018. Washington Post