[OPINION] The Philippines’ scourge of killers on motorbikes 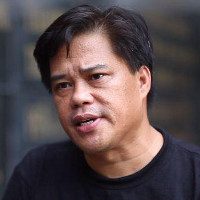 On June 10, in the northern Philippine province of Nueva Ecija, Father Richmond Nilo of Zaragoza town was preparing for Mass when an unidentified gunman killed him. A few days earlier, on June 7, an assailant shot and killed journalist and newspaper publisher Dennis Denora, 67, in the southern city of Panabo in Davao del Norte.

The killings of Father Nilo and Denora share sinister similarities. The gunmen wore baseball caps and helmets to prevent identification, and escaped on motorcycles ridden by an accomplice. Both killers remain at large. Philippine authorities call them “riding-in-tandem” attacks, suspected gun-for-hire killers using motorcycles. The problem has become so serious that some areas actually prohibit motorcyclists from wearing helmets. In some instances, riding pillion is banned. There have also been proposals for bigger license plates for motorcycles, though the motorbikes used in these murders often have no plates.

The Philippine National Police (PNP) does not maintain a consistent database of this type of targeted killings. But police statistics indicate that riding-in-tandem attacks killed 125 people from October 10 to November 5, 2017. Since then, up to May 21, 755 more people were killed by what police now call “motorcycle-riding suspects.”

That’s an average of 4 killings a day.

Many of those killings have been linked to President Rodrigo Duterte’s murderous “war on drugs” in which more than 12,000 drug suspects have been killed. But a growing number of victims represent a cross-section of Philippine society, including priests, journalists, government workers, and business people who do not fit the usual profile of victims targeted by police and their agents since the “drug war” began in July 2016.

These attacks underscore the extent to which rule of law has been diminished by Duterte’s incitement of killings of drug suspects.

Riding-in-tandem killings are nothing new in the Philippines. Over the past 3 decades they have been the modus operandi of a variety of hired assassins, criminal organizations, rogue policemen, communist insurgents, and agents of politicians. They have been institutionalized as an extension of local political power.

When Duterte was mayor of Davao City, he waged a campaign against crime that involved what became known as the “Davao Death Squad,” which Human Rights Watch found killed hundreds of people from 1998 to 2009. A former hitman later testified that Duterte and the Davao City police were behind the death squad, which often used riding-in-tandem killers in targeting crime suspects, among them children.

The Davao Death Squad subsequently inspired Rey Uy, then mayor of the neighboring Tagum City, to establish his own in-house gang of extrajudicial killers that he tasked to murder what he referred to as “weeds” – street children, suspected thieves, and drug suspects. Human Rights Watch found that between January 2007 and March 2013, the Tagum Death Squad killed 298 people. No one has been held to account for those deaths.

There are several categories of riding-in-tandem killers. Some are guns for hire used by criminal syndicates or by local politicians to settle scores with opponents and critics. Others, like those from Tagum, are actually government employees tasked to enforce an anti-crime program. And there is ample evidence that many such killings are committed by policemen for reasons of personal profit or on orders by higher-ups.

The official police response to the riding-in-tandem killings has been lackluster. Police have arrested only 51 suspects in the reported 808 cases since October 2017. They are proposing a “simple solution” to the problem: an official sticker affixed to each of the country’s millions of motorcycles that will identify the owner.

PNP chief Director General Oscar Albayalde believes that the sticker will facilitate fast identification of individuals implicated in these shootings. Police can then search and question the riders of any motorcycle that doesn’t have the sticker.

The effectiveness of this tactic is dubious given the systemic problems of lack of accountability, inadequate resources, and corruption that make the Philippine police part of the threat to public safety, rather than the solution. The role of the police in the “drug war” has only underscored this threat.

Albayalde has asserted “respect for human rights” as a key element of police operations. That is empty rhetoric unless he is willing to undertake the root-and-branch overhaul that the PNP requires to enable it to provide meaningful law enforcement, including addressing the problem of riding-in-tandem killings.

He needs to direct his police officers to cooperate with the investigations by such agencies as the Commission on Human Rights and the Office of the Ombudsman, and discipline those who disregard these agencies as they perform their duties. He needs to be transparent to the public and the media about any investigations into alleged wrongdoing by police officers. He should also fully cooperate with investigations of “drug war” deaths by the International Criminal Court as well as United Nations experts.

These steps will require Albayalde to demonstrate courage and a willingness to resist criticism from both President Duterte and officers within his own ranks. But unless he is willing to do so, the police will continue to be unwilling or unable to stop the epidemic of riding-in-tandem killings. – Rappler.com