Facebook Twitter Copy URL
Copied
No wonder the Consultative Committee has finished its draft constitution two weeks ahead of President Duterte’s State of the Nation Address – it passes to someone else the crucial, dirty, and most difficult job of having a transition plan 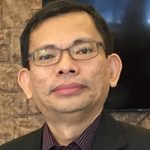 This is a slightly modified version of the statement read by the author in the joint hearing of the Senate committee on constitutional amendments and revision of codes and the committee on electoral reforms and people’s participation on July 17, 2018.

The proposed constitution submitted by the Consultative Committee (Con-Com) to President Duterte on July 9 is the 3rd federal constitution produced under this administration. Like the Resolution of Both Houses (RBH) Number 8 by representatives Eugene de Vera and Aurelio Gonzales Jr in 2016 and the Constitution of the Federal Republic of the Philippines by the PDP-Laban Federalism Study Group in 2017, the institutional design of the committee’s federalism and overall constitution is a failure.

In terms of institutional design, the Con-Com constitution is best described as a grocery list of institutions whose unifying logic is that the members were given a long pad to write their preferred items on. The Con-Com constitution, together with the ever so confident statements of the members of the committee, was written as if it was in an intellectual vacuum. It has remained untouched by the critical insights of the literature on institutional design in political science – the very literature that specializes on what the committee was trying to do and populated by top scholars acknowledged as the real experts on these questions.

It is true that the Con-Com constitution is not as crazy as the PDP-Laban constitution that argued for a simultaneous federal and semi-presidential transition. But it is also true that, although it rejected a semi-presidential transition, the Con-Com constitution is nevertheless still sweeping in its planned transition to federalism and restructuring of key political institutions. Such sweep includes – and this is peculiar to this constitution – a mindboggling overhaul of the institutional design of the judicial system. It proposes quadrilateral high courts and a separated system of federal and regional-level judiciary, whose elaborate review, advisory, and impeachment powers seem to compete for the spotlight with the federal structure being introduced.

The Con-Com constitution’s explicit provisions on federalism, political dynasties, political parties, judiciary, federal constitutional commissions, etc. – and the all-important implicit assumptions that underlie them – seem to ignore, undermine, contradict, or are simply blissfully unaware of many basic principles and serious concerns of institutional design and re-design, especially if you are tinkering with an already functioning democratic constitution.

Among the most important of these critical insights contravened throughout by the Con-Com constitution, I list only 7:

But even as the text of the Con-Com constitution ended up being longer than the 1987 Constitution and identified sweeping revisions of the current constitution, it still failed to do what for me is its most important homework. This is to write a constitution that has a believable transition plan on how to move from the current unitary to the new federal state – the most institutionally complex experiment this country will undertake under democratic conditions.

The Con-Com federal constitution has an eternity clause (Section 4, Article XXI), where no constitutional amendment or revision can change its federal character. While it has the temerity to eternally lock the country and all future generations of Filipinos to federalism by constitutionally entrenching federalism, it is nevertheless willing to leave the country to wander indefinitely in an institutional wilderness as it lacked a map for the transition itself.

Instead of a credible map, it creates an all-powerful Federal Transition Commission that will not simply oversee the transition. It would do the task that the consultative committee — after being given almost five months and funded millions of pesos — should have done in the first place: the actual plan for the transition (similar to what other unitary countries like Spain, Belgium, South Africa, Iraq, and Nepal that adopted federal constitutions did).

All drafts fail in transition plans

That the Con-Com constitution fails to provide a crucial transition plan is not surprising given that both the RBH Number 8 and the PDP-Laban constitution also failed most miserably to give the country the all-important plan on how to get from point A to point B. The PDP-Laban best manifested this dismal failure by leaving its article “Transitory Provisions” (Article XVIII) empty, with the footnote carrying the lamest of excuses: “under study.”

But at least the PDP-Laban constitution provides a serious transition plan for its federalism in its article on “Regional and Local Government” (Article X). Once analyzed, however, its roadmap for an evolutionary federalism transition could easily get stuck in the middle of nowhere. Its terribly flawed institutional design would paradoxically result in giving more veto powers to the central government in controlling the devolution of powers to the region (Section 24, Article X) than that found in the 1987 Constitution.

At the same time, it succeeds in empowering local politicians to build regional bases (making the transition for some, from local warlords to regional warlords) by giving the interim regional commission not only monopoly of executive powers but also legislative powers at the regional level (Section 28-b and 28-e, Article X). It also makes that regional commission an appointment superbody of the region for at least 5 years that would create regional bureaucracies, hence leveling up clientelistic ties from provincial to regional (Section 28-c, Article X).

As if a cruel joke, the transition plan indeed fulfills PDP-Laban’s often declared promise and assurance of arriving at a “uniquely Filipino” federalism, but in a dreadful manner of bringing Filipinos to a place that is neither here nor there, as many of its features combine some of the worst features of unitary and federal systems.

The Con-Com constitution seemed to have learned the wrong lesson from PDP-Laban’s folly by not even daring to plan its transition for federalism. By doing so, it avoided many of the hardest questions of how to effect its federalism, the answers to which may transform this Con-Com constitution from a grocery list to a more serious blueprint of governance in the next decades of this country. No wonder the Consultative Committee finished its constitution two weeks ahead of President Duterte’s State of the Nation Address: it passed this crucial, dirty, and most difficult job to someone else! – Rappler.com

Gene Lacza Pilapil is an assistant professor of political science at the University of the Philippines Diliman. He has an ongoing research project entitled “A Critical Review of the Federalism Project of the Duterte Administration” funded by the Office of the Chancellor of the University of the Philippines Diliman, through the Office of the Vice Chancellor for Research and Development’s Outright Research Grant.