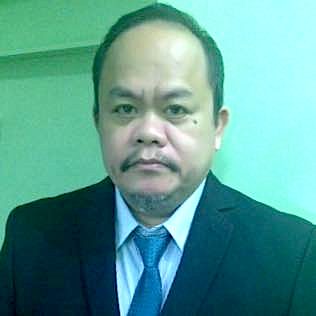 Political dynasties are a festering wound in our body politic that has eluded remedy through the years.

At the dawn of civilization, one-man rule was the order of the day dating back back to the time of Hammurabi, Darius of Persia, Alexander the Great, Julius Ceasar and the Emperors of the Roman empire, and down to the medieval monarchs in Europe.  But democracy first flourished in Athens whose traditions still resonate today in democracies around the world.

The great revolutions in the 18th century were human struggles etched in blood against monarchical and hereditary rule.  The upheaval in England was marked in the mid-1600s by the rebellion led by Oliver Cromwell against the tyranny of King Charles I, which eventually led to the Glorious Revolution in 1688-99 ushering in the Bill of Rights and the supremacy of Parliament.

The French Revolution also was a rebellion against an abusive, highly contemptible monarchy in the person of King Louis XVI along with his scandalously extravagant queen Mary Antoniette.  The revolution was led by revolutionary parliamentarians like Robespierre in the National Assembly.

Even the Russian revolution in the early 20th century, which was communist and Marxist/Leninist in ideology, was a struggle led by Lenin against tsarism, the monarchy in Russia then, represented by the ruling tsar or Russian king in the person of Czar Nicholas who was largely perceived in contempt by the proletariat as a living symbol of the bourgeoise.

In this great political turbulence denoting a historical watershed, the ruling monarchs were put to death.  In England, at a time when the king, whose word was law, was thought to derive his authority from a “Divine Right of Kings,” Charles I was put to trial by a High Court of Justice created by Parliament and beheaded in 1649 in a truly  revolutionary spectacle without any historical precedent.  In the French revolution, under the benefit on hindsight of the historical precedent in England, the National Assembly sentenced to death the obnoxious French monarch King Louis XVI who was beheaded in the guillotine along with his queen.  In Russia, the last of the czars, Czar Nicholas, and his family were huddled in a room and executed with bullets to their bodies.

In his masterpiece on power politics The Prince written sometime in 1512, Machiavelli posited the need for a prince to device a way intended for his selfish advantage in which the nobles are given the unenviable task that is unpalatable to himself, making him secure from his subjects’ contempt.  But over time, the Parliament  in England and National Assembly in France subverted the king by demanding supremacy as full representative of the people over the monarchy.

The execution of the kings in those upheavals marked the culmination of the bloody struggle to put an end to hereditary rule, or what is now termed political dynasty.  It represents a powerful and actual symbol, at that time, of the valiant, doughty rejection of monarchy, which at that time reigned supreme in its purest sovereign sense.  It is also a scathing condemnation of the underlying hereditary succession that endured for many centuries.  It sounded the death knell for the violent demise of monarchical hereditary rule, as reflected in the famous paraphrased words of John Cooke, the shabby lawyer who prosecuted King Charles I, that all kings are tyrannical and the king must die so that monarchy must die.

The American Revolution was chiefly a struggle also against the monarchical rule of the English King George III, apart from the revolt against British colonialism.  In place of monarchical rule based on hereditary succession, the American revolutionaries led by George Washington instituted a representative democratic government based on the credo that all men are created equal.  By virtue of American colonization, we became accustomed to Western democracy, exemplified by our representative democracy patterned after the US.

The monarchy as a form of one man rule is anchored on hereditary title.   In case of death of the king, succession to the crown is passed automatically to his suitable heir next in line of succession, usually the eldest male descendant.   In our time, monarchy is best exemplified by the forbidden existence of political dynasties in the sense that political dynasties also partake of the nature of  hereditary succession.  The only difference, in our political context, is that succession is not purely hereditary, but rather is perpetuated under the veneer of democracy.

Indeed, the existence of political dynasties in our midst is an anachronism. By the overwhelming historical precedent achieved by the shedding of so much human blood in revolutions and wars, the political dynasty, as exemplified by  the kings, has already been firmly and robustly rejected under so much human misery in the struggle against monarchy.  And yet, today, it is operating, ironically, with abandon in our midst. Why it is so is a profound query that appears so complex, and yet invites simple, mundane answers.

Already, political dynasty is forbidden in our Constitution, a fitting acknowledgement of its violent extirpation in history. But the political dynasties endowed with ultimate power to abolish it by law abjure its permanent abolition.  As a result, political dynasty still rears its ugly head like a monarch, as if we are still living in a state of monarchy reminiscent of those tumultuous times.

The proposed federal constitution strikes a happy compromise by outlawing political dynasties by constitutional fiat, realizing that its abolition is impossible at the hands of the same political dynasties that reign supreme in our land.  But it is still far from realization.  What is only clear from the compelling lessons of history is that political dynasty is rejected in bloodshed and should not recur and continue so that the same bloodshed it brought about in those turbulent times may not be upon us. – Rappler.com

Jude Josue L. Sabio is the lawyer of self-confessed Davao Death Squad hitman Edgar Matobato.  He filed a mass murder complaint against President Rodrigo Duterte before the International Criminal Court in The Hague, The Netherlands, in May 2017.