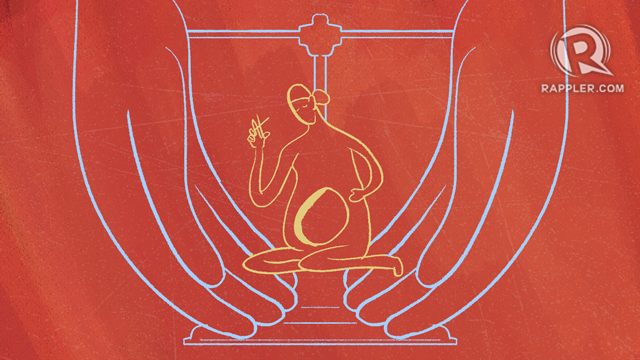 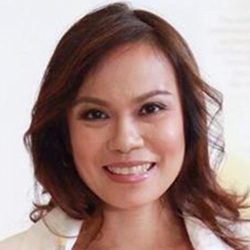 A few years ago, a woman I did not know found a way to contact me to ask if I knew where she could get an abortion. She thought of me because of a Rappler story I wrote about – Savita Halappanavar, a woman in Ireland who had begun to miscarry but was refused a medical termination (abortion) of her pregnancy because Irish laws prohibit it. Halappanavar died due to complications of a septic miscarriage.

The woman, whom I will call Cherry, was in her second trimester and her doctors told her that the fetus was not developing normally; it was not going to survive and if she carried it full-term, it might endanger her life as well. She needed to terminate her pregnancy.

Adding to Cherry’s distress was how both doctors told her she needed an abortion but told her that they could not perform one because it was illegal to do so. The only choice Cherry and her partner had was to go to a neighboring country where she could access a safe and legal abortion.

It was sad and heartbreaking but Cherry was grateful that she still had a choice. She and her partner had the resources to seek alternatives for the abortion that she needed.

Thousands of other Filipino women do not have this choice.

When abortion is needed

There are myriad reasons why a woman might need an abortion to save her life or for medical necessity: fetal death, fetal impairment, miscarriage also known as spontaneous abortions.

Current Philippine laws outlaw abortion but according to Atty Claire Padilla of PINSAN (Philippine Safe Abortion Advocacy Network), a group calling for the decriminalization of abortion, abortion is recognized as allowed in the Philippines to save the life of the woman and for medical necessity.

Commentaries such as those of constitutionalist and priest Fr Joaquin Bernas and feminists/legal luminaries like Padilla, as well as Philippine jurisprudence (1961 case of Geluz vs. CA) all point to this.

According to Padilla, the problem is the lack of information and judgment of certain health care providers like Cherry’s doctors who deny women access to safe abortions even for medical reasons. Additionally, the Reproductive Health Law mandates compassionate abortion care in these cases but many women have reported being shamed by medical professionals who accuse them of inducing an abortion.

“When women are denied access to safe abortion including for medical necessity or to humane post-abortion care, this becomes a clear violation of women’s rights,” said Padilla.

There are an estimated 600,000 abortions in the Philippines every year. Of these, 100,000 cases reportedly suffer complications which led to about 1,000 deaths.

“The number of women dying from complications from unsafe abortion in a year is higher than the number of people who die from dengue. There really should be an outrage,” said Padilla.

Rappler reporter Natashya Gutierrez wrote an investigative report series about the underground world of abortions where women go into forums to get referrals. There are horrific stories of procedures without anesthesia, botched abortions, and even death due to complications resulting from these abortions performed by backstreet abortionists.

The common denominators among the women, said Gutierrez, is that the “women were all desperate” but as seen in the last of her series, given the option to a safe abortion, women will choose that.

Banning abortions does not work. It only forces women to get them in other ways that are dangerous. On the other hand, legalizing abortion makes way for government regulation and setting standards for safety and term limits.

Some devout Catholic countries with restrictive abortion laws are beginning to realize this and have started liberalizing their laws.

After massive protests sparked by the death of Halappanavar in 2012 and the advocacy lobbying of different women’s groups, Ireland has overturned a long-standing abortion ban. Chile has allowed it in certain cases. Argentina came close to legalizing it.

The power of making abortion personal

Philippine government data shows that women who get an abortion are typically Catholic, are married, are mothers and have at least a high school education.

But the way that abortion stories are framed in the media and movies and telenovelas has a lot to do with how it is perceived and the stigma associated with it. Portrayal of abortion in the various media are always hyperdramatic. Rarely, does it depict the real stories of women.

Consider the data from abortionscreen.org that compares how abortions are portrayed in media versus reality: onscreen 15% of women getting an abortion already have children, in reality, the number is 61%. On screen, about 9% of women die as a result of an abortion, in reality, there is almost 0% risk of death from a safe abortion.

The legal documents filed in the case included the stories of 113 female lawyers who talked openly about their abortion. The Atlantic described the document as remarkable because “… it shortens the sense of distance between those who will decide the legal merits of the case and those whose lives will be affected – this brief isn’t well-educated experts advocating on behalf of women in need, it’s well-educated women advocating on behalf of themselves.”

The Atlantic then published a series of abortion stories from readers who shared their own personal stories. The result was a wide range of perspectives from both men and women, from pro-choice and pro-life readers. It was a realistic, human and humane presentation why women undergo abortion and how they felt after.

It’s time we have a more open discussion of abortion and the need to relax our laws to allow women like Cherry access to safe medical abortions. It could save her life and it could save the lives of thousands of other Filipino women. – Rappler.com