[OPINION] From Russia with love 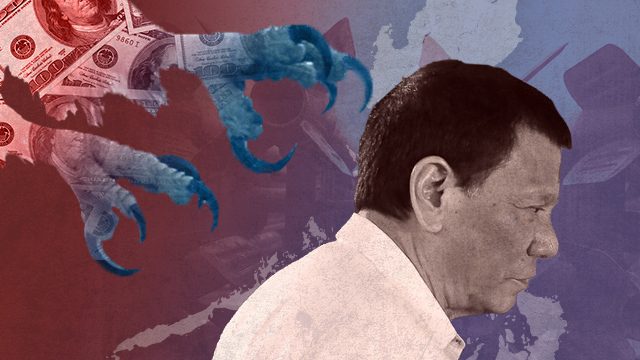 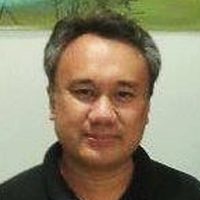 Last July 18, Pulitizer Prize-winning journalist Manny Mogato wrote for Reuters about the possibility of sanctions imposed by the United States on the Philippines as a result of the Duterte administration’s plan to purchase rocket-propelled grenades from Russia.

The concern was that the Russian purchase might involve the Philippines in a diplomatic row with the United States regarding the issuance of sanctions against Moscow by Washington on account of Russia’s annexation of Crimea. To implement that policy, the US government established the Countering America’s Adversaries Through Sanctions Act, or CAATSA, and a list of 39 blacklisted companies was drawn up that would trigger an American response if purchases were made with them. One of those in the list is Rosoboronexport, which the Philippine government has chosen to deal with.

Naturally this resulted in a backlash and reaction from the Duterte administration, which downplayed any negative outcome despite the Mogato article citing sources from the US government. The Duterte administration claimed it as part and parcel of a so-called independent foreign policy, while the Russian embassy in Manila went on the warpath against anyone associated with the Mogato article.

In mid-August 2018, Randall Schriver, the US Department of Defense assistant secretary for Asian and Pacific security affairs, arrived in the Philippines and issued an uncharacteristically strong statement regarding the decision of Manila to purchase weapons from Russia.

“I think they should think very carefully about that,” he said. “We have to understand the nature of this regime in Russia. I don’t need to go through the full laundry list: Crimea, Ukraine, the chemical attack in the UK…So you’re investing not only in the platforms, but you’re making a statement about a relationship.”

A week later, another US delegation led by Deputy Assistant Secretary of State Walter Douglas, visited the Philippines and provided the carrot to Manila as opposed to the stern warning of Mr Schriver. Douglas said: “We have close to $300 million in security assistance. The country that receives the largest chunk, as far as I understand, is the Philippines. So we’re looking at about $60 million of that $300 million to come to the Philippines.”

In the midst of all of those US visits, Duterte revealed to the public the purported contents of a letter given to him by the US Secretary of Defense and the US Secretary of State. In that letter, these American officials had recommended to Manila that purchases for the modernization of the Philippine military would be better sourced through Washington. Duterte then scoffed at the US offer and instead said it is of no use to the Philippines.

So what may have triggered this series of contacts by the Americans to the Philippines within this several month period?

In 2015, the United States noticed a shift in operations by the Russian military. Newer Russian aircraft and ships were slowly and without much fanfare being deployed into the Pacific area of operations. This appeared to be Russians’ own pivot to Asia – not in the scale that the Americans were doing but substantial enough to be noticed. From then on, these deployments continued and as the operational assets and capabilities of the Russians increased, so did their sorties.

Two years later, by late 2017, American and Japanese militaries noticed an uptick in numbers of violations being done by the Russians of Japanese airspace as compared to before. To put emphasis on that, this month alone, the Russians invited the Chinese military to participate in Russia’s huge Vostok 18 exercise.

Except for that aberration in US politics known as Donald Trump, American views on Russia are bordering on outright hostility, and this is because of actions committed by the Russians in Central Europe and elsewhere. This perception is not helped by charges of Russian interference in the 2016 US elections. In fact, the US is less tough in its views on China as compared to its views on Russia, which is viewed as a country not averse to using coercive force and reckless underhanded actions to weaken American national and global interests.

Unfortunately this geopolitical characteristic between US and Russian relations seems to be lost on Filipinos who, just as Schriver mentions, look at the entire situation as an opportunity to buy weapons – weapons that, given the state of the Philippine economy and the numerous security challenges facing the Philippines, would not even be properly maintained.

From the US side, the Philippines is allied to it via the Mutual Defense Treaty. Although some Filipinos continue to deride it, that alliance has allowed the Philippine military to concentrate on the numerous rebellions that affect the country while enjoying the twin advantages of a US security umbrella against external aggression and the largesse provided by annual US military assistance and logistic support to the Armed Forces of the Philippines aside from sizeable nonmilitary financial aid. This was especially true when the country still hosted the US military bases as there was the actual existence of in-country US forces and the considerable annual base rental.

The problem with the Philippine defense and security mindset is that it generally looks at alliances as merely an opportunity to receive from the US its desired wishlist of equipment. If the Philippines does not receive such, it will then go into a litany of complaints about Washington’s credibility as an ally. Since that is the general appreciation of alliances as a source of military freebies, the aspect of a shared defense then becomes lost to the Philippine defense and security sector. In other words, as the Philippines benefits from the alliance in materiel and guarantees of defense from the US, it also needs to understand that it has a responsibility not to jeopardize the security interests of the Americans.

There then lies the problem, the inability of the Philippine side to understand the concept of a shared defense it then advances policies that have run counter to this characteristic of the Mutual Defense Treaty. The Duterte administration’s concepts of “friend to everyone, enemy to no one” and the “independent foreign policy” may look good on paper but these directly contradict the responsibilities in the alliance that the Philippines has with the United States. Which then has made the Americans wonder as to what exactly does the Philippines intend to achieve with its dalliance with the Russians.

Whereas the Filipinos see Russia as an alternative source of weapons, the Americans see the Filipinos entering into what they see as an uncomfortably increasing relationship with one of their two main rivals. How far will the Philippines take this relationship with the Russians and how will this impinge on US security interests in the region? That most likely is a question that the Americans are trying to figure out.

Consider that due to the Duterte administration’s permissive policy on China, Chinese military aircraft and vessels suddenly enjoyed access into the country in a totally unprecedented manner. That a Chinese military aircraft landed without any security clearances and approval from the Philippine military sets a precedent as to what other countries may do within Philippine territory. This was also not helped by the fact that recently, several Chinese commercial aircraft landed in the Ninoy Aquino International Airport without any approval from Philippine aviation authorities, thus highlighting how easy it is to blatantly violate Philippine territory.

With Manila considering bilateral military agreements with Moscow, will the Russians seize an opportunity to position themselves firmly in the Philippines given the confusion in the Duterte administration? As an example, the Russians are very interested in the submarine program of the Philippine Navy and it is not a coincidence that the Russian Navy relies on its submarine fleet to project power and intimidation. Would agreements arising out of proposed training programs and planned bilateral exercises between Philippine and Russian militaries end up with Manila granting to the Russians the same access to the Philippines in the same way that China has? How would the Americans react to that?

The Philippines needs to think carefully how it intends to pursue its developing security relationship with Russia especially bearing in mind its obligations in the Philippines-US Mutual Defense Treaty. For the moment the US has been sending reminders and offering carrots but that can change. Thus, the Duterte administration must carefully weigh decisions and policies and not turn the Philippines into a security threat for US military installations in the Central Pacific. To do so though would most likely result in sanctions being levied on the Philippines by an irritated US and the possibility of American recognition being given to emerging Philippine pro-democracy leaders. – Rappler.com