The importance of country competitiveness

Mar 6, 2012 10:06 AM PHT
Jaime Augusto Zobel De Ayala
Facebook Twitter Copy URL
Copied
I do not think it is possible for a country to become globally competitive based on only one or two economic hubs 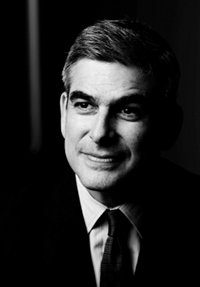 Countries, like companies, compete. Nations compete for investments, trade, trade in services, and tourists. This focus on national competitiveness has been increasingly reinforced by global competitiveness rankings published, on a regular basis, by a variety of institutions.

These are comprehensive reports that benchmark our performance and attractiveness as a nation state in the economic sphere.

Global rankings are important for two reasons. First, they are a set of diagnostic tools which highlight the strengths we can build on, as well as the challenges that must be overcome, in order to become more globally competitive.

Second, investors pay close attention to the indicators and use the information to assess country standings across a variety of metrics.

While the Philippines has not ranked favorably in many of these surveys, it is encouraging to see a significant improvement.

In Transparency International’s Corruption Perception Index, we also moved up 5 positions to 129th compared to the prior year. However, we slipped by 2 positions to 136th in IFC’s Doing Business Report.

Our top 3 immediate challenges, as defined by the surveys, are in the areas of Corruption, Inefficient Government Bureaucracy, and Inadequate Infrastructure. Our longer term challenges lie in the area of Education, Science and Technology, and Innovation.

Firm-level competitiveness. While a trusted and efficient economic system, with stable institutions and strong political, legal, and social frameworks underpin the success of an economy, they are not by themselves sufficient to sustain country competitiveness. These broader macro conditions are only half of the competitiveness equation. The other half lies in the micro, or firm level, of an economy where the private sector carries much of the responsibility.

Companies are the entities that create national wealth and so their productivity, efficiency, and dynamism are central to country competitiveness. An economy cannot be competitive unless companies operating within it are competitive and productive.

Here lies one of the greatest long-term challenges to global competitiveness for the Philippines. Our general education standards, along with our science and technology education, research and development, ability to innovate, and our level of industry-academe collaboration have been rated low by investors. In a world where comparative advantage is increasingly based on human capital rather than on natural resources, we cannot afford to ignore this sector. Our ability to address new problems and the challenges of tomorrow is directly linked to our ability to raise our educational standards today.

Inclusive growth. We cannot, as businesses operating in an emerging economy, ignore the needs of the broader population, the majority who belong to lower income groups and with poor access to basic goods and services. As businesses, we are in a unique position to be able to put resources to work to address the needs of this broader market effectively, while simultaneously generating new growth for our own businesses. National competitiveness simply cannot be achieved if majority of the population is struggling to meet their most basic needs.

Regional competitiveness.  I do not think it is possible for a country to become globally competitive based on only one or two economic hubs. We need to build more economic growth centers across the country. This year, we plan to work with more local groups to develop suitable metrics for measuring their own competitiveness. More importantly, they need to begin to measure themselves against other cities in Asean.

Ultimately the challenge for any nation is how to sustain its competitiveness over the long term. The first thing to remember is that change is a constant. In the short-to-medium term, the competitiveness bar gets raised as one moves up in terms of GDP per capita.

There is no single policy or grand step to achieve competitiveness.

It comes from a series of many improvements across all sectors, over long periods of time. Everything matters in improving country competitiveness – education, infrastructure, efficient capital markets, workforce quality, social and political environments.

But clearly, one sector cannot do it without the other moving in step. It is for this reason that we all have to work together in the public and private sectors to truly improve country competitiveness. We are equal sides to the equation. – Rappler.com

(Adapted from a speech delivered before FINEX on 12 January 2012. The author is Chairman and CEO of Ayala Corporation and a member of the National Competitiveness Council.)