[OPINION] Coffee and the blood of indigenous peoples 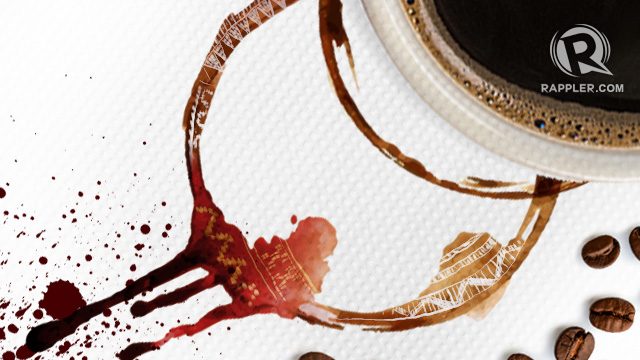 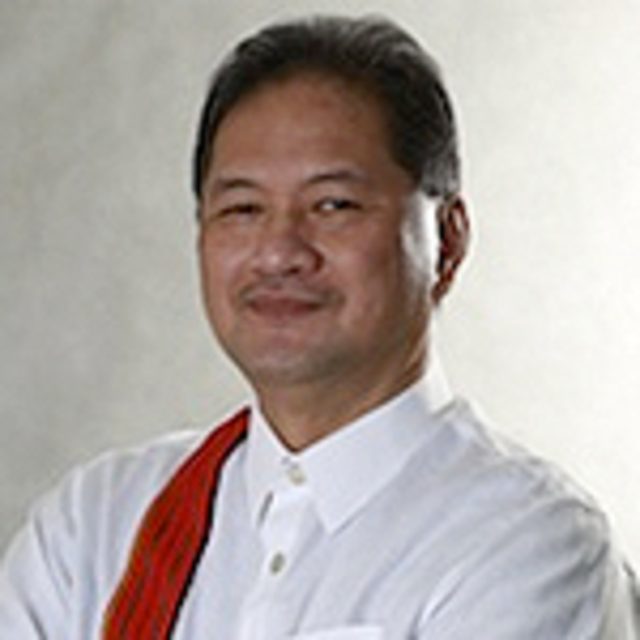 October is when the Philippines celebrates National Indigenous Peoples’ Month. This was first proclaimed by former president Gloria Macapagal Arroyo in 2009 to commemorate the enactmentof the Indigenous Peoples Rights Act which took effect a decade earlier, on October 29, 1997.

As we celebrate this month dedicated to indigenous peoples’ rights, it is only right to ask: what is there to celebrate?

In Barangay Ucab in Itogon, Benguet, we have seen once again the devastating effects of mining on the ancestral domains of Kankanaeys. In the Surigao provinces, the Lumad have constantly been attacked, their leaders killed, their schools threatened with closure, President Rodrigo Duterte himself warning that their communities will be bombed.

And then there is the murder of Datu Victor Danyan 10 months ago.

On December 3, 2017, a week before Human Rights Day, indigenous leader Datu Victor and 7 others were killed in a surprise attack by the Philippine military, according to a report from the Global Witness.

Datu Victor was part of a group of indigenous peoples locked in a 28-year struggle with DM Consunji Incorporated (DMCI) over land in South Cotabato, Mindanao.

DMCI, a billion-peso real estate and mining company, has expanded its portfolio to include coffee production.

Mindanao now produces about 70% of the country’s locally grown coffee, according to the Philippine Coffee Board. With the growing local demand for coffee, DMCI wants a piece of the action.

Silvicultural Industries Incorporated (SII) runs the 1,800-hectare Dawang Coffee Plantation in the village of Ned, in Lake Sebu, South Cotabato. Some 300 hectares of this plantation belong to the T’boli-Manobo S’daf Claimants Organization (Tamasco), which was headed by Datu Victor before his death. SII is a subsidiary of DMCI.

SII operates the plantation through an agreement issued by issued by the Department of Environment and Natural Resources (DENR). Tamasco had resisted the agreement and the encroachment of SII into their territory, but SII won out in the end.

House Resolution No. 1550 filed in the House of Representatives in December 2017 stated that DMCI supplies its coffee beans to a food and beverage giant.

The agreement that allowed SII to run the coffee plantation was supposed to have expired on December 31, 2016. Asked in 2015 if they would give their Free, Prior and Informed Consent (FPIC) for the renewal of the agreement, Tamasco declined.

Datu Victor and members of Tamasco, all poor subsistence farmers, could now work on their land in peace, to plant crops and feed their families.

To Datu Victor’s surprise, a document, signed by a DENR undersecretary, had magically turned up in 2015 that gave SII permission to run the plantation until 2032.

This was a bureaucratic sleight of hand that confirmed, in Datu Victor’s eyes, that the government had deceived Tamasco and sided with SII of DMCI. Was this special treatment given to a favored company?

But emboldened by the expiration of the permit and also feeling betrayed by the government, Datu Victor started to slash coffee plants in July 2017 in the plantation found within the 300 hectares of ancestral land Tamasco rightfully owns. He was cutting coffee plants and planting crops in the ancestral domain, right before he was killed.

According to an article in The Guardian, on December 3, 2017 the Philippine Army’s 27th Battalion opened fire in Barangay Ned, killing Datu Victor and 7 others. The military later said Sitio Datal Bonlangon was caught in a crossfire between the military and the New People’s Army (NPA).

At a press conference in Quezon City in December last year, Datu Dande, now the new chairman of Tamasco, denied that Datu Victor, or his sons, or the others who were killed, were NPA members. “Colonel Cabunoc had said before that he knew for a fact that Datu Victor was not a member of the NPA. Why did this happen?” the swarthy Datu Dande asked, barely able to hold back the anger and grief that must have been welling up inside him. Colonel Harold Cabunoc belongs to the 33rd Infantry Battalion of the AFP.

The government’s intensified campaign to hunt down the NPA makes indigenous peoples vulnerable to violence; the specter of death underpins their lives like an active fault line. The deaths of Datu Victor and others from Sitio Datal Bonlangon are a proof of this.

Militarization can also be used as a cover for corporations with designs on the environment. This is true for the past and for the present.

Duterte and the oligarchy

We hear President Duterte routinely lambast the country’s elite, vowing to “destroy oligarchs” as early as two months into his presidency. It’s time Duterte puts his money where his mouth is.

DMCI chose to operate in the 300-hectare ancestral domain of Tamasco, without the FPIC of Tamasco. By doing so, it became party to a story ending with a cliff-hanger that involved 8 dead bodies.

Duterte should order the DENR to suspend the operations of DMCI in Tamasco, pull the military out of Tamasco, as well as the ancestral domains of indigenous peoples, and bring the perpetrators of the attack in Lake Sebu to justice.

His favorite whipping boy, the Commission on Human Rights (CHR), has already done him one better by conducting an investigation. The country waits for Duterte to match his as yet empty words with action.

Datu Dande spoke of the time Datu Victor, talking about the struggle of Tamasco, had told staff of the local office of DENR months before he died, “Patagalin pa ninyo ito, mauubos na kami.” (If you let this drag on, we will all be killed.)

The wiry and spry Datu Victor Danyan, 62 years old at the time of his death, who had been poor all his life in spite of the rich natural resources around him, stood up for the rights of his people. There is no better time than this month to give him and them the justice they deserve. – Rappler.com

Tony La Viña teaches law and is former dean of the Ateneo School of Government. Norly Grace Mercado is the executive director of the Legal Rights and Natural Resources Center, a non-governmental organization that provides legal remedies to indigenous peoples and to poor upland rural communities.