[OPINION] A new level of audacity for impunity and journalist murders Facebook Twitter Copy URL
Copied
The world marks November 2, International Day to End Impunity for Crimes Against Journalists, at a time when threats to journalistic endeavor are more widespread than ever 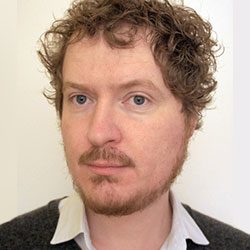 Whether exposing corruption in Europe, calling out lies in the US, or ensuring justice is served in an apparent case of Saudi state-sanctioned killing, journalists around the world continue to be threatened by ever-more brazen attempts to malign and distort truth – by the very powers designed to safeguard and protect.

Three separate cases in recent weeks show the scale of what we are up against.

The relationship between power and the journalism that holds it to account is, and has always been, an uncomfortable one. As well it should be; we do not exist to praise, placate or provide fawning approval. We are not there to turn a blind eye to crimes and misdemeanours, ignore credible accusations, or fail to follow up on investigations of public interest.

To the disgruntlement of a growing number of professional politicians, populist blowhards and indignant establishment figures, the noisy, dogged and determined press continues to poke its nose into unwelcome places. But the costs of doing so are rising; the women and men on the front lines of public interest journalism have never been so vulnerable, and states never so reluctant to stand by them.

The world marks November 2, International Day to End Impunity for Crimes Against Journalists, at a time when threats to journalistic endeavor are more widespread than ever.

Impunity in the cases of unsolved murders of journalists (848 and counting since 1992) continues to dominate the discourse around safety: nine out of ten recorded murders remain unsolved, a shocking statistic that galvanises the profession and brings demands on states, their institutions and the global bodies working to assist them, to provide urgent solutions to drive down the numbers.

Efforts to “solve’” impunity nobly pursue highly practical and much needed goals on the ground in countries where it is a persistent blight. Strengthening police and security forces, training judiciaries and focusing on promoting the rule of law, all backed up by international declarations and attempts to streamline and coordinate protections for journalists, wherever they practice, are growing in momentum out of necessity.

But all of this would seem in vain given the present political climate, one that not only backtracks on, but also rides roughshod over many of the painstakingly constructed achievements to combat impunity.

Political will, or the lack thereof, to address impunity for crimes against journalists has long been the major impediment to significantly tackling the issue. An unwillingness to disclose even basic information on the progress of open cases, provide the necessary resources for thorough investigations, or lack of commitment not only to pursue perpetrators but  – crucially – the masterminds behind killings (often suspected to be highly placed officials or individuals with major political influence), has been the constant against which localized efforts to train journalists and improve safety measures and newsroom protocols have struggled.

Each “stakeholder” invested in improving the culture of safety has their part to play; but the uncomfortable truth is that despite all the efforts, little will change to improve the situation without states on board – in both word AND deed, fully committed to respecting their side of the bargain.

Yet, when states see others getting away with it – whether ‘it’ is an audacious murder plot or the normalization of a culture of violence – the accountability bar is reset to the lowest level.

Instead of aiming for highest compliance in a genuine effort to combat the culture of impunity, what we have seen from Saudi Arabia, Malta and the US – and many others – moves this argument into dangerous new territory. Beseeching the governments of Somalia, Syria, Iraq, South Sudan, the Philippines, Mexico, Pakistan, Brazil, Russia, Bangladesh, Nigeria and India (see the 2017 CPJ Global Impunity Index) to improve their record just gets harder and increasingly unlikely.

And journalists continue to die with little hope of justice; it is as simple as that.

The three recent cases show business is better than usual for those who target journalists; they undermine even further the concept of state accountability in the fight against impunity.

Through its geopolitical, economic and religious influence in what is a deadly region for journalists, Saudi Arabia sets a tone that dictates a way of life to millions.

Unbridled authoritarianism has encouraged its leaders to feel they are above the rule of law, yet if the world fails to hold those responsible for Jamal Khashoggi’s murder to account, the case for human rights and greater freedoms in the region will ring ever more hollow. The irony of relying on Turkey, the world’s worst jailer of journalists and no friend of a free press, to complete thorough investigations and expose the truth of the affair, is painfully acute.

Similarly, the Maltese case tests Europe’s ideals about itself and the entire European project’s credibility to promote a free press as an aspirational ideal to those looking to join the experiment. Europe’s human rights-based approach to foreign policy beyond its borders risks further decline if the mirror it uses to assess its own failings is at all tainted by a democratically elected government fearful of transparency and accountability.

And because the US has lost so much of its global leadership and authority under the current Administration (in press freedom, as it has in many other areas of international human rights), it is no longer a guarantee that First Amendment rights – looked to around the world as a ‘gold standard’ for press freedom protections – will withstand the assault, at least in the eyes of a watching world. The mere impression that the US has a diminished regard for press freedom – via the words of a belligerent Commander in Chief and his endorsement of criminals who attack journalists as “my kind of guy” – is cause for concern. At worst, it hands authoritarian leaders who take cues from the office of the US President the green light to follow suit in shaping their own agendas – with potentially horrendous consequences.

None of this is progress in the fight against impunity for crimes against journalists. Audacious attempts to silence the press are nothing new; in reality, neither are the dismissive attitudes of certain states or their leaders towards protecting journalists. At least with recent developments the curtain has been pulled aside and they can be seen for what they truly are. Enough of the pretence; perhaps this will help move things forward, once and for all. – Rappler.com

Andrew Heslop is the Director of Press Freedom at WAN-IFRA.