[OPINION] Working together for the golden age of PH-China relations 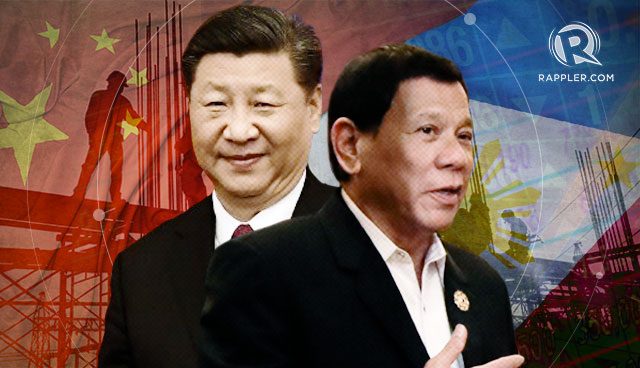 Facebook Twitter Copy URL
Copied
'We have every reason to believe that Chinese President Xi Jinping's visit will enormously boost China-Philippines relations in the new era and position our relations as a new model of international relations,' writes Ambassador Zhao Jianhua Being separated by only a narrow strip of water, China and the Philippines have been close neighbors for centuries, sharing not only geographic proximity, but also blood bond, cultural affinity and a long and sincere traditional friendship.

Time really flies and it has already been more than two years since His Excellency President Rodrigo Roa Duterte paid his first state visit to China in October 2016.

As an ancient Chinese poem goes, “At a spring night, the winds boom, which brings many trees of blossom to bloom.” Under the visionary guidance of our two leaders, China-Philippines relations have achieved an overall turnaround, secured a robust and dynamic growth, and surged forward along a fast track.

The practical cooperation between our two countries has been garnering steady support from three pillars of political and security, economic relations and trade, and people-to-people exchanges. A sustained and productive China-Philippines relationship will definitely serve current and long-term interests of our two countries and peoples, and further contribute a great deal to regional peace, stability and prosperity.

First, over the past two years, our two countries have consistently strengthened high-level exchanges and deepened strategic mutual trust. Up till now, President Xi Jinping and President Duterte have met for five times on both bilateral and multilateral occasions, setting a course for win-win and sound growth of China-Philippines relations.

Our two countries have attached great importance to sharing governance experiences between ruling parties, conducted dialogue under a series of bilateral cooperation mechanisms covering foreign affairs and defense, and executed closer coordination and mutual support on regional and international affairs.

Second, over the past two years, China and the Philippines have unleashed great potential for cooperation and reaped rich fruits. In 2017, our trade volume topped US$50 billion, and the newly added investment from China reached US$53.84 million, representing a year-on-year increase of 67%. China now stands out as the Philippines’ top trading partner and import origin.

And this August, China even became the top export market of the Philippines. Our dialogue in the areas of economy, trade, agriculture, fishery, energy, science, and technology has been quite productive. More than 40 cooperation documents have been signed so far.

Furthermore, China actively supports the economic and social development in Mindanao. China is trying our utmost to render assistance to infrastructure building in Marawi and fund projects in Davao to benefit the local people. The Chinese side has used grant to help put on ground such projects as roads, bridges, markets, drinking water pumping stations, and school buildings, always bearing in mind playing our due part in improving livelihood, reducing poverty, assisting the needy and realizing sustainable development in the Philippines.

Third, over the past two years, China and the Philippines have witnessed booming exchanges and deepening amity between our two peoples. China now stands out as the second largest tourist origin to the Philippines.

The major Philippine cities and ports such as Manila and Cebu have opened direct flights to Beijing, Shanghai, Guangzhou and Nanning, as well as sailing routes to Beibu Gulf ports, Xiamen port and Shanghai port. We have also seen thriving interaction, exchanges and cooperation between China and the Philippines in terms of sisterhood provinces and cities, science and technology, education, culture and arts, media agencies, think-tanks and youth affairs. The hearts and minds of our two peoples are interlinked more closely than ever before and the centuries-old friendship between our two countries is blessed with greater dynamism.

In just a few days, His Excellency President Xi Jinping will pay his first state visit to the Philippines, which will also be the first of its kind by the Chinese Head of State since 2005. We have every reason to believe that this visit will enormously boost China-Philippines relations in the new era, position our relations as a new model of international relations and further contribute to the building of a community of shared future for mankind.

“Thousands of miles away, time will come to achieve our goal anyway.” Standing at a new and crucial historical juncture, China and the Philippines are bound to build stronger strategic mutual trust, perform deeper economic cooperation and trade, and nurture closer people-to-people exchanges.

Proceeding from the principles of honoring traditional friendship, upholding peace and goodwill and advancing win-win cooperation, our two sides should by all means make the best and full use of the upcoming state visit by President Xi Jinping, and work together to make the Golden Age of China-Philippines relations richer and brighter than ever before. – Rappler.com

The author is China’s ambassador to the Philippines