[OPINION] To Yesha and the Ramos children 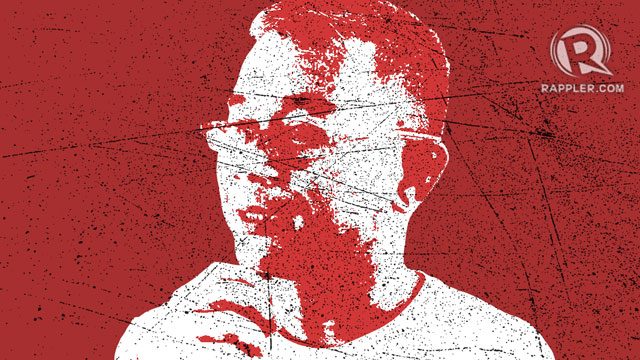 There is nothing more painful than the untimely passing of someone we know. For the bereaved family and his relatives, it is unbearably painful knowing that he is gone forever, never to return.  But for someone whose death is as unnatural and unjust as Atty Benjamin “Ben” Ramos, the emotional and psychological scar to his family, specially the widow and children, is something seared in the heart and soul for the rest of their lives.

The people he served and worked with also feel the same pain, anger, feeling of loss, nostalgia interspersed with the desire to get even, accompanied also with determination that Ben’s death and life will not be rendered meaningless and that justice will be obtained.

Clarisa I. Ramos, bereaved widow of Atty Benjamin Ramos and whom I know also as fellow Jesuit Volunteer, issued a statement on the death of her husband.  It is a statement which expressed the pain she feels at the loss of her lifetime partner. It is a statement calling for justice.

On November 6th, 2018, at 10:30 pm, while taking a break from finishing a motion for one of his clients, my husband was brutally shot 3 times by unidentified murderers, riding in tandem.

Ben dedicated his pro bono law practice to representing those who had no one to turn to for legal assistance – the landless and oppressed farmers, environmentalists, activists, political prisoners, and mass organizations in Negros island. And he did this with no thought toward monetary gain.

But he was not just a lawyer and a community organizer, he was, more importantly, a loving husband and a doting father to our 3 children. He taught them that those who did bad should be given a chance to change their ways for the better.

We were partners in all things. He helped me with the kids’ homework. I helped him with community organizing.

We had one soul, one advocacy: to help the marginalized people in our island organize themselves so they could lead the way towards change, to defend the human rights of those who had no one to fight for them.

And now those 3 bullets have taken his life and ripped apart our dreams and our community.

Who will now defend the defenseless?

Who will now demand justice amidst all the injustice around us?

Who will now help me raise my children?

I call on the authorities and the government to find his killers and bring them to justice.

I demand justice for my husband, Ben Ramos. No amount of words can ever assuage the loss that the family, specially the widow, are now feeling but the least we can do is to offer our sincerest condolences and heed their call for justice.

To Yesha and also to their 3 children, this is my response:

Thank you very much for the gift of Ben and your family. What an extraordinary life Ben lived! What a good example of a committed family you are showing.

Yesha, as a Jesuit Volunteer myself, I can actually imagine how you decided to stay in Negros, leave Zamboanga for good, fall in love with Ben, and raise a family with him. It’s about mission, it’s about service; above all, it is about love.

Ben led an inspiring life.  As a lawyer in this country he could have had enough opportunities to enrich himself and a comfortable life for his family.  Yet he chose the road less traveled when he dedicated his life to helping, for free, the marginalized and poor famers in exchange for their produce – bananas, fish, chicken, vegetables, and sometimes Christmas lanterns, according to his widow. He didn’t get paid for 95% of his cases, as has been reported. In the process, Ben earned a lot of respect for his advocacy but also earned the ire of some powerful groups.

Without a father, you will of course face struggles but I am sure that many of us will be ready to help in whatever way needed. Ben’s colleagues in the National Union of People’s Lawyers (NUPL)  are there; many others in the legal, human rights, and social development community will help; those of us in the Jesuit Volunteer Philippines community and the Ateneo de Zamboanga community have also said we will give your family the support you need.

This  commitment  to your family also means we will leave no stone unturned to unmask the perpetrators of this callous murder, to obtain Ben justice.  I call on the Integrated Bar of the Philippines (IBP), in cooperation with other lawyer’s organizations like NUPL, Manlaban, Free Legal Assistance Group, and other international bar associations, to form an independent fact-finding body to investigate the killing.

The international community has already expressed grave concern over the killing of Ben. In particular, Jean Asselborn, Minister of Foreign and European Affairs; and Romain Schneider, Minister for Development Cooperation and Humanitarian Affairs, expressed  grave concern over the repressive and violent climate in which human rights defenders are working in the Philippines. For him, as for many others, it is “unacceptable that these women and men, who have dedicated their lives to the defense of the rights of others, should themselves be the victims of criminalization, intimidation, violence, and even murder and extrajudicial killings. It is equally unacceptable that peasants and other people working in the rural areas should be victims of the same forms of violence whilst exercising their legitimate rights, in particular their land rights.”

Yesha and children, the killing of your husband and father is personal to you. But it is also personal to many of us. Ben’s killing is not ordinary. We cannot let it pass. Ben represented something bigger than life itself.  He was a human rights defender who laid down his life in the line of duty. He was a person for others. He was a servant of the poor.

As you lay Ben to rest this Sunday, we who love him and was inspired by him, will make sure he did not die in vain.