[OPINION] Open up a new future together for China-Philippine relations Facebook Twitter Copy URL
Copied
Chinese President Xi Jinping writes: "As a Philippine proverb goes, 'Seize today, or you will lose tomorrow.' China will work with the Philippines to seize the opportunity and go along with the trend of our time.' 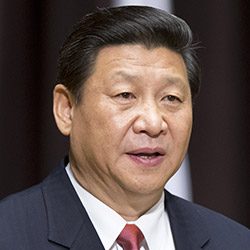 I will soon pay a state visit to the Republic of the Philippines at the kind invitation of President Rodrigo Duterte. I am full of expectations as I am about to set foot on this beautiful land, an ever-growing nation and home to an honest and friendly people. I wish to convey my cordial greetings and best wishes to the people of the Philippines.

China and the Philippines are neighbors facing each other across the sea. The exchange of ships and merchants between our two countries began more than a thousand years ago. Over 600 years ago, Chinese navigator Zheng He made multiple visits to the Manila Bay, Visayas and Sulu on his 7 overseas voyages seeking friendship and cooperation. The King of Sulu also made a goodwill visit to China, bringing with him good wishes to the Chinese people and leaving behind touching stories of China-Philippine friendship.

Many born on the southeast coast of China sailed across the sea to settle down in the Philippines and have since lived in harmony with the local community. The ancestors of José Rizal, national hero and founding father of the Philippines, came from Jinjiang of China’s Fujian Province. The famed Chinese General Ye Fei, who fought for the founding of New China, was born in Quezon of the Philippines. For both our peoples, these are proud names to remember.

Rainbow after the rain

Since President Duterte took office, China and the Philippines have reengaged in dialogue and consultation for the proper handling of the South China Sea issue. Our relations have now seen a rainbow after the rain.

In just a little more than two years, China has become the Philippines’ largest trading partner, largest export market and largest source of imports, and the second largest source of tourists. There has been a surge of interest for private investment in each other’s countries, and interactions between our cultural groups have been frequent.

More and more Philippine fruits are coming to the dining table in Chinese households, and a growing number of Philippine scenic spots are being included in the itinerary of Chinese tourists.

China firmly supports the Philippines’ fight against drugs and terrorism and its post-conflict reconstruction efforts in Marawi, thus contributing to peace in the country. In the face of disasters, our two peoples have stood together and come to each other’s help, writing new chapters of friendship between our two countries.

Under President Duterte’s leadership, the Philippine people are striving to implement the 10-Point Socioeconomic Agenda and the “Build, Build, Build” Strategy, making the country more and more prosperous. The Chinese people are working unremittingly to fulfill their “two centenary goals” and realize the Chinese dream of great national renewal. Our shared aspirations and dreams have forged a close bond between our peoples.

I am visiting this time mainly to have in-depth discussions with President Duterte on how to elevate our all-round cooperation under new circumstances and make overall plan for greater progress in our relationship toward a higher level.

There are a number of things we need to do if we are to achieve this goal.

China started its reform and opening-up 4 decades ago. Since then, the Chinese people have worked hard with unity and perseverance and written a great success story in the development of the Chinese nation. China has grown into the world’s second largest economy, the largest industrial manufacturer, the largest trader of goods, and the holder of the largest foreign exchange reserves.

China now contributes over 30 percent of global growth, and has lifted more than 700 million people out of poverty by the UN standard. Now, China is deepening reform across the board and opening itself wider, and our effort in reform and opening-up will never stop.

Trade liberalization and economic globalization is an unstoppable trend of our times. As a major responsible country committed to win-win cooperation and greater openness, China stands ready to share with all countries the opportunities and potential of its market. This commitment is made abundantly clear by the very first China International Import Expo, which was just concluded successfully.

China welcomes the Philippines and other countries on board the express train of its development.

China will work with other countries to firmly uphold the WTO-centered multilateral trading system and promote the evolution of the international political and economic order in a fairer and more equitable direction.

Several centuries ago, China’s GDP already accounted for 30 percent of the global total, yet it never engaged in aggression or expansion. In the over 100 years after the Opium War in 1840, China suffered immensely from repeated aggression, wars and turmoil. Confucius once said, “Do not do to others what you do not want others to do to you.”

We Chinese believe that peace and stability is the only way to development and prosperity. This is neither a choice of expediency nor a diplomatic rhetoric. It is our firm conviction and a guidance of what we practice on the ground. China will remain committed to the path of peaceful development and will always stay as an anchor of peace and stability for the Asia-Pacific and the wider world.

As a Philippine proverb goes, “Seize today, or you will lose tomorrow.” China will work with the Philippines to seize the opportunity and go along with the trend of our time. Let us work together to build upon the Asian tradition of peace, credibility and good neighborliness, and further consolidate the bilateral relations for an even brighter future of the two countries and of Asia as a whole. – Rappler.com

The author is the President of the People’s Republic of China.