[ANALYSIS] Is Duterte selling out the Philippines to China?

Nov 23, 2018 9:36 AM PHT
JC Punongbayan
Facebook Twitter Copy URL
Copied
The Duterte government must pause and consult the Filipino people about the increasing number of Chinese deals, out of sheer prudence and transparency, if anything else 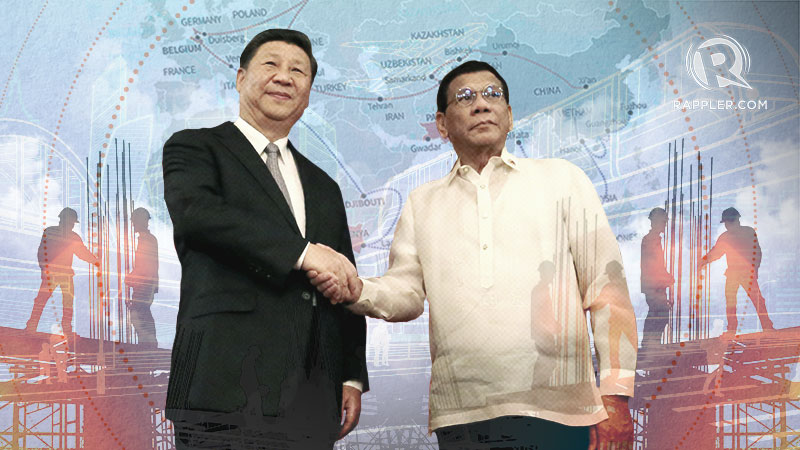 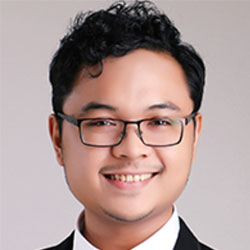 This week, after Chinese President Xi Jinping’s historic 2-day state visit, a total of 29 deals were signed between the Philippine and Chinese governments. (READ: LIST: Deals signed during Xi Jinping’s trip to Philippines)

Most of these were economic in nature – touching on areas like infrastructure and finance – but they all signal ever-deepening ties between our two countries.

Yet there are reasons to believe that Xi Jinping is no ordinary ally, and these are no ordinary deals.

In this article I explain why dealing with the Chinese government might not only end up benefitting China more, but also harming Filipinos’ interests in the long run.

First of all, let’s be clear on one thing: China is currently on a bid for global economic expansion and dominance.

Under Xi Jinping’s leadership, the overarching foreign policy of the Chinese government is called the Belt and Road Initiative (BRI): a $1-trillion plan to build massive infrastructure links spanning Asia-Pacific, Africa, the Middle East, and Europe.

China often trumpets BRI as a way to help cash-strapped developing countries in dire need of finances for their own infrastructure projects.

Because of the relatively easy terms and conditions of these Chinese loans, many poor countries have been more than eager to participate in BRI.

Nepal is one of the latest countries to jump in, with the most audacious project with China being a proposed 72-kilometer railway line that will connect Tibet to Kathmandu and cross the Himalayas. The project is estimated to cost at least $2.5 billion.

Despite the apparent promise of BRI, however, it has caused more trouble than it’s worth in many parts of the world. Let me mention 4 reasons.

First, BRI has a proven capacity to wreak mayhem in the finances of participating countries: more and more have found themselves buried in debt – and therefore beholden – to China.

Some of those that have fallen for China’s so-called “debt-trap diplomacy” include Djibouti, Kenya, Maldives, Turkmenistan, and Venezuela. (READ: What scares me the most about China’s new, ‘friendly’ loans)

Second, in the event they are unable to repay China, these countries are often left with no choice but to give up a slice of their natural resources or strategic assets – even their sovereignty – to China. Effectively, they are collateralizing their resources and rights to gain access to the Chinese loans.

One of the most famous cautionary tales has been Sri Lanka, which was forced to lease out to China its strategic Hambantota Port for 99 years after failing to pay its $1.1-billion debt.

Third, many countries have bemoaned that many BRI projects require that only Chinese workers and specialists be employed, thus excluding local talent.

Fourth, many groups have pointed out that BRI projects – owing to their sheer scale and ambition – often pose threats to the environment and biodiversity.

In Cambodia, for instance, many are wary of the environmental impact of Chinese-backed dams being constructed along the Mekong River.

Meanwhile, the World Wildlife Fund has warned that BRI corridors worldwide overlap with the habitat of some 265 threatened species (including 81 endangered species), thus further threatening them.

Risks for the Philippines

For all intents and purposes, the Philippines has officially joined the global BRI bandwagon.

In fact, one of the agreements signed during Xi Jinping’s Manila visit this week includes a memorandum of understanding (MOU) on “Cooperation on the Belt and Road Initiative.”

But in so doing, the Philippines also assumes the abovementioned risks of participating in the BRI.

Sure, these are not excessively large amounts, and the country’s external debt as a share of the country’s income (or GDP) was just 42% as of last year.

But how many prospective projects are to be financed by Chinese loans in the future? Combined with relatively higher interest rates, the growing number of Chinese loan agreements could harm our country’s finances if left unchecked.

This is especially the case now that the government’s budget deficit (or revenue shortfall) is swelling, the trade deficit (or gap between imports and exports) is widening, and gross international reserves are dwindling.

Second, the government has also engaged in an MOU on oil and gas development in the West Philippine Sea, even as China continues to aggressively (and unlawfully) militarize vast swaths of it with impunity.

On November 8, China reportedly drove away a Filipino TV crew in Panatag Shoal, saying, “Without the permission of China, you cannot carry out the interview here.”

What’s more, Duterte and his officials – of all people – seem to have given up entirely on our stake in the West Philippine Sea. Presidential Spokesperson Salvador Panelo recently went on to say that the country’s legal win in the arbitral tribunal is virtually “useless.” Anyway, “there is no power on earth presently that can enforce it.”

What exactly is at stake in the West Philippine Sea? Studies suggest that, aside from sizeable fishing stocks and territories the size of 3 Quezon Cities, it might also contain as much as 130 billion barrels of oil (about the size of the oil deposits in Kuwait and the UAE combined).

By reneging on their constitutional duty to protect Philippine sovereignty, the Duterte government is effectively selling out our vast resources in the West Philippine Sea in exchange for a smattering of loans and infra projects. Needless to say, this is a deeply unfair bargain.

Third, China might also impose that only Chinese workers be hired to construct BRI projects in the Philippines.

Even Budget Secretary Ben Diokno once admitted he doesn’t care if the projects under Build, Build, Build make use of workers from other countries, as long as they are done.

Right now you can already see Chinese architects and engineers working on the P4.6-billion Binondo-Intramuros Bridge Project (which, incidentally, the local Filipino-Chinese community says they do not need).

Fourth, some of the China-backed projects in the Philippines also pose environmental problems.

For example, the New Centennial Water Source-Kaliwa Dam Project is now being opposed on many fronts because of the environmental damage (and the displacement of indigenous people) it’s expected to cause.

Chinese troops are also reportedly destroying coral reefs and picking off giant clams in Scarborough Shoal as they expand their illegal militarization of the area.

It’s clear as day that President Duterte is bending over to positively supine lengths just to please and pander to Chinese interests, specifically those of Xi Jinping and his government.

Ordinarily, deals with foreign governments should be little cause for concern. But China’s abiding interests not just in the Philippines but also in the rest of the world – as embodied by BRI – give us extra reason to suspect the deals we enter into with them. Given China’s spotty track record, such deals may only prove inimical to the long-run interests of Filipinos.

At the very least, the Duterte government must pause and consult the Filipino people about the increasing number of Chinese deals, out of sheer prudence and transparency, if anything else.

But by now we know that prudence and transparency are not the strengths of the current administration. That could be the worst problem of all. – Rappler.com