[OPINION] In defense of Manila Bay Facebook Twitter Copy URL
Copied
Manila Bay now has 330 million units of fecal bacteria – a far cry from its one million units 20 years ago. What needs to be done? 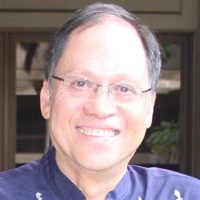 Let me tell you a story.

Twenty years ago, January 1999, a group of concerned citizens, led by UP Law students, filed an ambitious lawsuit in a trial court south of Manila. The petitioners, including the Manila Bay residents of the tahong (mussels) and talaba (oysters), sued practically the entire Philippine government for a simple prayer: Please clean up Manila Bay.

For water to be swimmable, the fecal bacteria content must not be more than 100 units per cubic meter. In 1999, the bacteria level of Manila Bay was ONE MILLION units.

After waging a lonely, 10-year legal battle from the trial court to the Court of Appeals all the way to the Supreme Court, the petitioners won. The Court issued a judgment ordering all defendant government agencies to clean Manila Bay.

The Court even gave it a nice new name – a continuing mandamus. It means that all 13 government agencies were ordered to report the clean-up progress to the Supreme Court every 3 months. This will continue until the Manila Bay’s waters are fit for swimming. That Court judgment was 10 years ago – December 2008.

That sounds like a victory, a triumph of the rule of law to protect a beautiful and bountiful Manila Bay.  Congratulations to the Philippine Supreme Court. Mabuhay kayo!

But please note: In January 1999, when the case was filed, the fecal bacteria in  Manila Bay was one million units per cubic meter. Twenty years after, in January 2019, one would expect it to be little lower.

But guess what? It is now THREE HUNDRED THIRTY (330) MILLION units of fecal bacteria for every cubic meter. In some part of the Manila Bay, it is ONE BILLION. (Check our photos of Manila Bay from last year)

So much for the triumph of the rule of law.

It is said that in the Philippines, laws are only suggestions. This seemed to have become the destiny of the 20-year old story of Manila Bay.

It had to take someone who is not from Manila, a Bisaya, to start cleaning up our seas. It started with Boracay. And now it is Manila Bay. Maayo. Daghang salamat!

The 3 practical pathways are:

The Department of the Interior and Local Government (DILG) is on the right track. Last December 2018, the DILG directed an environmental compliance audit of the local governments surrounding Manila Bay. This regionwide inspection will reveal which local governments, down to the barangay (village) level, are complying with the law on solid waste management. Simple points to consider are: separation of wet and dry wastes, no-separation-no-collection rule, MRFs, and visible garbage on roadsides and public spaces.

The inspection exercise should not look for who is not complying. Finding what is wrong is easy. What government should be looking for are the people and communities who are doing good things on solid waste management. We should shine upon them the spotlight of recognition, and give them the gratitude of our people.

The word “sewage” refers to the water used – to bathe, wash, laundry, etc. Septage refers to the human wastes that are discharged every single day. Where does it go? Is this why in 20 years, the fecal bacteria in Manila Bay rose from one million in 1999 to 330 million in 2019?

That is the legal duty of the MWSS – the Metropolitan Waterworks and Sewerage System – and the local water districts. In Metro Manila, the MWSS contracted the task to private concessionaires – Maynilad and the Manila Water. Please check your water bill. Does it contain an item called “sewerage” fee?

A quick question to the concessionaires, the MWSS, and the water districts: Do we now have a sewerage and septage treatment system? If we do, why has the fecal bacteria in the Manila Bay risen from one million to 330 Million in 20 years? If not, where did all the money that we, water users, pay every month?

Instead of quarreling with them, a little word of advice. Nature has given us all the answers; we only have to humbly listen.

Septage and sewage can be treated by nature in the form of mini- and micro-wetlands. Unlike a conventional sewage treatment plant, natural treatment plants (NTPs) do not need a lot of land, time and money to build and operate. In fact, it is so simple and inexpensive that it can be done right away in small modules for homes and communities. And the NTPs use actual plants to clean up the used water. 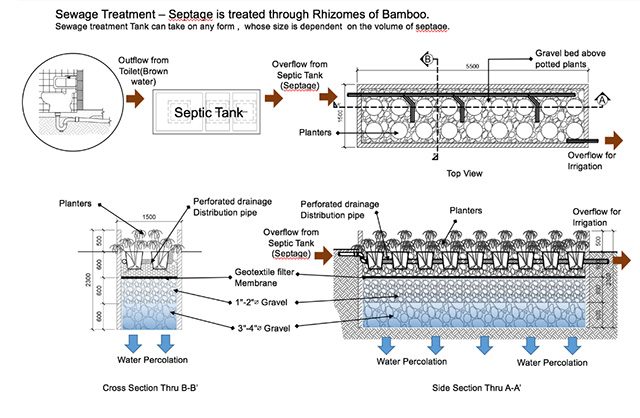 If we can only get together – hand-in-hand, shoulder-to-shoulder, in the spirit of bayanihan – we may yet see and swim in a clean Manila Bay in our lifetimes.

Bayanihan, a beautiful Filipino word. It is made up of two other beautiful words: bayan which means community and cooperation, and bayani which means hero. Bayanihan – cooperative heroism.

This is the more challenging and interesting journey that is better left to the powers of today. But it need not take long, nor must it be expensive.

We have real-life models: Look at the 40-square meter “condos” near the Baywalk of Puerto Princesa City in Palawan. A project of an enlightened mayor many years ago, they look even better than the condos of BGC. And guess how much does it cost? Eight hundred pesos (P800) per month.

Why was that possible? Because it was an honest-to-goodness effort (without kickbacks) to provide decent, affordable, and convenient housing for our people. Yes, Build, Build, Build. Yes, let us build, build, build more affordable housing, especially for our young and soon-to-be-homeless people.

The Iloilo River restoration is another success story worth watching. The clean-up, dredging, relocation of informal settlers, and the remarkable river quality improvement took only about 1,000 days.

The Tagalogs have a nice saying:

Using the law as the thinking tool, almost a lifetime was spent trying to right wrongs done to the land, air and water (the LAW) of Life. A few lessons learned:

The greatest human hunger is not the hunger for food. It is the hunger of the heart for appreciation.

The government can launch a Manila Bay region-wide search for success stories and good efforts. Then we can identify the moving spirits behind the good stories, and then give them due recognition. Perhaps this can even be held in the Heroes Hall of the Malacañang Palace. Yes, it is time to generate the positive power of appreciation and recognition.

“Kind words do not just praise the goodness of others. Kind words have the power to change the destiny of a nation.”*

Twenty years ago, young Filipinos took the government to Court to tell a simple story – to care for the Manila Bay. After a long and lonely journey, they got a Court judgment ordering a dozen government agencies to do what they should have done 50 years ago.

Yes, it is a lonely journey in defense of the sea and the fish, clients that do not pay attorney’s fees. But just when the concerned citizens had lost almost all hope that the Manila Bay will ever see the light of day, something sparkles. “Just when everything seems dead, that is when everything comes to life.”**

Maybe there will be an alignment of the stars. Some people now in power seem to have their hearts for the sea in the right places, and their eyes above their noses. They seem to have the will to get things done. Maybe, maybe.

Emperors and kings come and go,
Empires and kingdoms rise and fall.
But a story lives forever.
A story of the Sea.

“Never doubt for a single moment that a handful of thoughtful and committed men and women can change the world. It is the only thing that ever did.”***

“Ten, fifty, a hundred years from now
And many generations hereafter.
Let it be said that during our watch,

While gifted with intelligence and insight,
With privilege and position,
With the wealth of wisdom and
With the freedom and power of the human will.

Let it be said that in our time
And during our watch,
We did our share.

And maybe, just maybe,
We will make a little difference.”

To those of you in positions of power today, with your passion and focused action, you are on your way to making a big difference.

On behalf of a grateful Filipino people,  and of our brothers and sisters around the world who care and dare …

Tony Oposa is the architect and counsel of the decade-long Manila Bay case. It was his Environmental Law students in the University of the Philippines (UP) College of Law who stood as petitioners in the seemingly-ridiculous lawsuit to compel the Philippine government to clean Manila Bay. Tony received his law degree from the UP. After finishing his Master of Laws from Harvard in 1997, he took a leap of faith and gave up his conventional revenue-earning law practice. From then on, he has focused on being the lawyer of the Land, Air, and Waters (LAW) of Life, and of the Sea and the fish, clients that do not pay attorney’s fees. Special thanks to lawyers Sig Fortun, Flor Andres, Beda Fajardo, Linda Jimeno, Rolly Vinluan, Karl Castillo, and Rico Agcaoili who helped in the Manila Bay case.