[OPINION] A class war masquerading as a war on crime 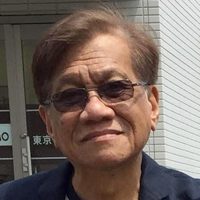 Sometimes, it pays to watch TV Patrol. Sometimes, the show’s usual fodder of cops and robbers and utterly boring Manny Pacquiao workouts is punctuated by  coverage that reveals in its full glory the seamy side of Philippine politics. The evening news last January 22 was one such event.

The segment covering the proposed bill to lower the age of criminal liability started off with the head of the House of Representatives justice committee Salvador Leachon, a key ally of Speaker Gloria Macapagal Arroyo, proudly announcing that his panel had approved a bill bringing down the age from 15 to 9. Then it cut to the hubbub in the Senate, where Senator Richard Gordon unctuously declared that 9 was too low and that 12 was just the right age.  The segment ended with Presidential Spokesperson Salvador Panelo washing his hands off the debate, saying the executive respected the independence of the legislative branch.

Perhaps unknown to its producers, that 4-minute  segment captured one of the oldest tricks in the legislative book, one that as a member of Congress from 2009 to 2015, I had witnessed innumerable times. I went on to post the following on Facebook:

“How do you get a bill bringing down the age of criminal responsibility from 15 to 12 passed in the Senate?

“By proposing another bill to have it lowered to age 9, and making those who hold the line at 12 feel like they won a great victory for human rights and allowing guys like Senator Gordon, who probably thought up the strategy in the first place, to pose as advocates of children’s rights.”

Predictably, the House on second reading late last week revised the original bill to lower the criminal liability age to 12, which will also be the outcome in the Senate, as Senator Gordon, Duterte’s point man in the upper house, all but revealed in the TV Patrol story. (Editor’s note: On Monday, January 28, the House passed that bill on final reading.)

From the very beginning, the Palace had set its sights on lowering the age of criminal liability to 12. So what was the point of proposing the bill to lower it to 9?

It was to save face, Congress’ face. Both houses of Congress have been smarting from the image that they have become purely rubberstamps for Malacanang. So the Palace and Congress agreed to carry out this game of pretend, one that would give Malacanang the 12 year figure it wanted but also provide the legislators with the opportunity to display some “independence” from President Duterte.

To a jaded observer of Congress’ shenanigans like me, however, the minuet that the President and Congress put on was not, however, the most disturbing thing about this whole episode. Many people have been justly outraged at what they consider the administration’s extension of war on the poor to the war on the children of the poor. That was expected.

What was unexpected was that the proposed lowering of the age of criminal liability to 9 – not just to 12 but to 9! – appeared to have significant support, as evidenced by the responses to the original House bill in social media. And unlike those making outrageous comments in the Upsilonian chat scandal a few months ago, many of those who backed the measure did not even bother to hide their identities.

Here are samples of their comments:

The age of criminal liability issue, in short, has witnessed an outpouring of the venomous hatred that the better off have for the children of the poor, who are forced to eke out an existence by watching your car for a few pesos, washing your windshield, begging, or serving as drug runners in Southeast Asia’s most poverty-ridden society, where the absence of social reform has condemned close to 30% of the population to life under the poverty line.

By initially framing the issue as a fight against drugs and crime, Duterte was able to ride on anti-poor sentiments that were lurking just below the surface. With the age of criminal liability debate, however, those feelings are now expressed with less concern about appearing politically correct on the part of those uttering them.

It has exposed the war on drugs and crime for what it essentially is: not so much a strategy to contain drugs and crime than a draconian effort to control and repress the poor that is backed by our society’s upper and middle classes, which have given up all pretense of supporting social reform.

Much of the rise in crime stems from growing desperation that cannot be channeled to progressive politics in the absence of a effective progressive leader or movement championing the causes of the poor. And much as in other countries where elites and middle class no longer feel confident in containing social discontent via liberal democratic methods, they are actively backing a strongman who promises to keep the “dangerous classes” in line, some of whose methods may be personally distasteful but, in their heart of hearts, feel are “necessary.” – Rappler.com

Rappler commentator Walden Bello teaches sociology and served as a member of the House of Representatives from 2009 to 2015.  He is the author of many books, including “Counterrevoution: The Global Rise of the Far Right” (2019).