[ANALYSIS] ‘The Matrix’ and Duterte’s tomfoolery Facebook Twitter Copy URL
Copied
Just wait for the next security crisis to blindside this administration and our authorities. Then you’d wish the President paid more attention to his job and his men to theirs. 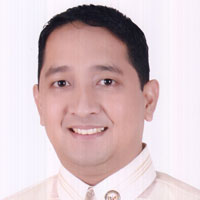 Ms. Ellen Tordesillas, who, strangely enough, now finds herself in the middle of a so-called “plot to oust Duterte,” makes a really strong case about the state of the government’s intelligence services. Or the sorry state of it, to be more precise.

I cannot deny Ms. Tordesillas’ logic. But let us set aside for the moment the baseless accusation against the Malaya columnist and book author emanating no less from the occupant of Malacañang Palace.

This is not the first time that President Duterte has threatened to (or actually) release(d) a list, or in this case, a matrix. On several occasions he has publicized a “narco” list (twice) and a matrix of the so-called anti-Duterte elements (twice). Both lists and both matrices were headline-grabbing for at least two similar reasons: both were full of errors and both got the wind knocked out of them in short order.  The latter, as in this latest episode, would quickly get comments from national security authorities as “no such threats have been monitored by our intelligence agencies” or, more damagingly, “the information of the President did not come from us.”

Dubious is the least of the adjectives I would use to describe this latest presidential caper.

What troubles me more, like Ellen, is the implication – a glimpse if you may – of the kind of tomfoolery that is now the habit of the Chief Executive and the commander-in-chief of all our armed forces (in small caps, because they now cover more agencies, and not just the Armed Forces of the Philippines).

Assuming that this did not go through the usual intelligence channels of the State, and was merely fed straight to the President unvarnished, and therefore not vetted, then all the more this is troubling. That the Presidential Spokesperson had to devote time for this in his regular Malacañang press conference, and that the quad media has to devote space and ink to report this chicanery, merely scratches the surface.

The chief sources of intelligence for the executive include the Armed Forces of the Philippines (through the ISAFP and the intelligence units of the Army, Air Force and Navy), the Philippine National Police, and the National Intelligence Coordinating Agency (which is supposed to provide intelligence fusion, as is its mandate). Imagine for a moment that some segment of this intelligence apparatus has to re-allocate some resources just to verify the so-called “Oust Duterte matrix.”

Wouldn’t that be a waste of valuable resources, nay, a disservice to the national security of the State?  All because the President is currently fixated on the idea of tearing down his latest whipping boys (or girls) – that still-independent, critical, and hard-hitting segment of Philippine media?

What is nauseating in all of this is that, national security withstanding, several “failures of intelligence” continue to bedevil our defense and security establishment. Allow me to enumerate some of them:

Should not these issues be of more concern to the President and his national security officials?

Instinct and experience informed me 3 years ago that when then-candidate Rodrigo Duterte said that he would take a jet ski to the Spratlys and offer himself up to China in a “supreme act of sacrifice for flag and people” as his way of dealing with the issue in the South China Sea, we would be in serious trouble IF he became president.

Now he is President, and we are INDEED in serious trouble.

Don’t believe me? Just wait for the next security crisis to blindside this administration and our authorities. Then you’d wish the President paid more attention to his job and his men to theirs. – Rappler.com

The author was a former member of the House of Representatives (16th Congress). Prior to this, he was a helicopter pilot and an officer of the Philippine Air Force and thereafter served as consultant for the National Security Council from 2010-2013. He is currently finishing his Juris Doctor at the University of the Philippines College of Law.