[OPINION] The folly of religious endorsements 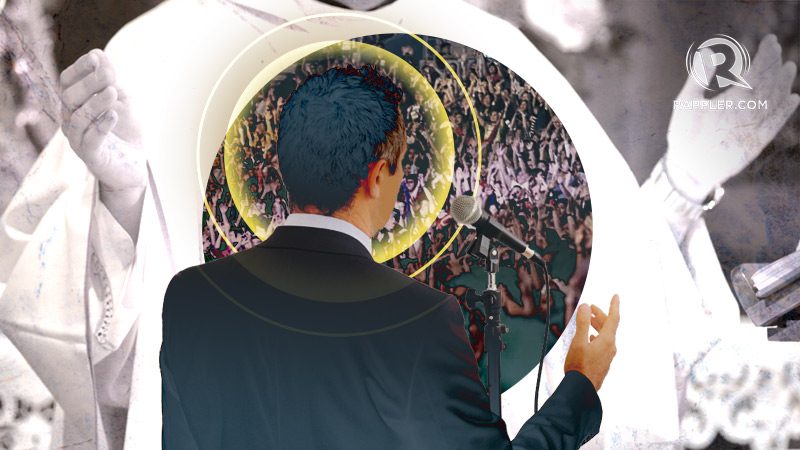 Facebook Twitter Copy URL
Copied
Our politics is thoroughly personality-driven. When religious leaders throw their support behind certain candidates, they inevitably echo the divide according to existing political loyalties. 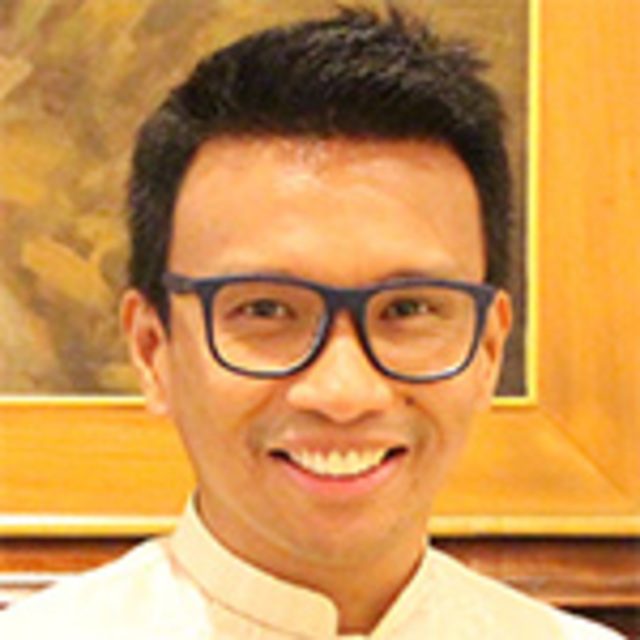 Among all institutions in the country, religion – alongside the academe – is the most trusted. That is according to the 2017 Philippine Trust Index.

To get the endorsement of religious leaders is thus useful to politicians. To tap into their religious capital is to tap into the trust accorded them by their followers.

What this means is that religion will continue to play a big role in politics. And more often than not, religious leaders take advantage of the opportunity by endorsing candidates.

But is it wise?

Some weeks ago, candidates were at an El Shaddai prayer rally. For Brother Mike Velarde, their convictions on same-sex marriage, divorce, and the death penalty matter.

These visits enable him to assess candidates he would eventually endorse. To him, however, his followers have their own free will when it comes to choosing their candidates.

Iglesia ni Cristo, by contrast, expects its adherents to follow the line of its leadership. For them they have a religious and moral obligation to honor their leaders whom they believe are divinely appointed.

Whether all of them follow and whether these endorsements are effective in the end is not always clear. Their sway matters in some communities, but not in others, as a Rappler investigative report shows.

Even Catholic priests have not stayed silent.

Archbishop Socrates Villegas is among the most vocal. While he is right to think that Catholics do not vote as a bloc, he appeals nevertheless to their conscience. In a viral video, Villegas sends a clear message to all faithful: “My dear brothers and sisters, are you going to betray God, are you going to deny your faith, by your vote?”

For the archbishop, good Catholics cannot in their right consience support Duterte’s candidates.

Fr Robert Reyes echoes the same sentiment. For him it is “zero Duterte” because “they will all be ‘yes’ men and women” of the President.

Regardless of one’s political convictions, what all these illustrations go to show is that religion is deeply implicated in the political life of our country.

And religious leaders are at the heart of it all.

Whether they like it or not, priests, pastors, and other ministers are called upon to make statements about the political state of affairs. No other season apart from the elections can make them more important in national and local politics.

But inasmuch as I have respect for religious leaders and their role in the public sphere, being implicated in politics puts them in a very delicate situation.

Politicians and religious leaders constitute our society’s power elite. In sociology, the power elite is the segment of the population that makes decisions for the rest of us. Typically, these are the leaders in the military, business, and politics. They are all connected to each other through social capital and wealth.

But to them could be added religious leaders who have their own followers.

The only problem is that when religious leaders enter politics – whether through endorsements or even their own party lists – they themselves become implicated in a power struggle. They are forced to form alliances and become backers of specific individuals.

When that happens, they cannot pretend that they are just the voice of conscience.

Thus they become embroiled in the very padrino system that characterizes much of our national and local politics. This is why such candidates as Cynthia Villar can claim that “I have been friends with them [religious leaders], many of them. And I go to their affairs.”

The main problem of our politics is that it is thoroughly personality-driven. So, when religious leaders throw their support behind certain candidates, they inevitably echo the divide according to existing political loyalties.

So it’s either pro-Duterte or dilawan all over again.

To make it worse, the division paints one group as heaven-sent and the other evil. Truth be told, this is the very temptation that political machineries themselves have conspired to lead us to.

And yet, due to their disappointments, many religious leaders understandably give in.

But this division cannot be eternally accurate because politicians change loyalties depending on who is in power. At the same time, many of these candidates – even those we assume to be morally upright – do not necessarily have spotless records.

Thus the nature of the elections cannot rest on personalities. This is the blind spot of seeking and giving religious endorsements.

Instead, elections must be defined by certain values and a shared vision of the common good. Among all institutions, religion has the cultural capital and the widest influence to articulate these values.

This, unfortunately, is a missed opportunity. Too bad for a society that considers religion its most trusted institution. – Rappler.com

Jayeel Cornelio, PhD is a sociologist of religion at the Ateneo de Manila University. A 2017 Outstanding Young Scientist, he currently documents the rise of religious nationalism and its challenges to pluralism and democracy. Follow him on Twitter @jayeel_cornelio.