Mar 3, 2013 8:08 AM PHT
Facebook Twitter Copy URL
Copied
Sabah is not just an academic or political issue. It is about social networks deeply rooted in the past. 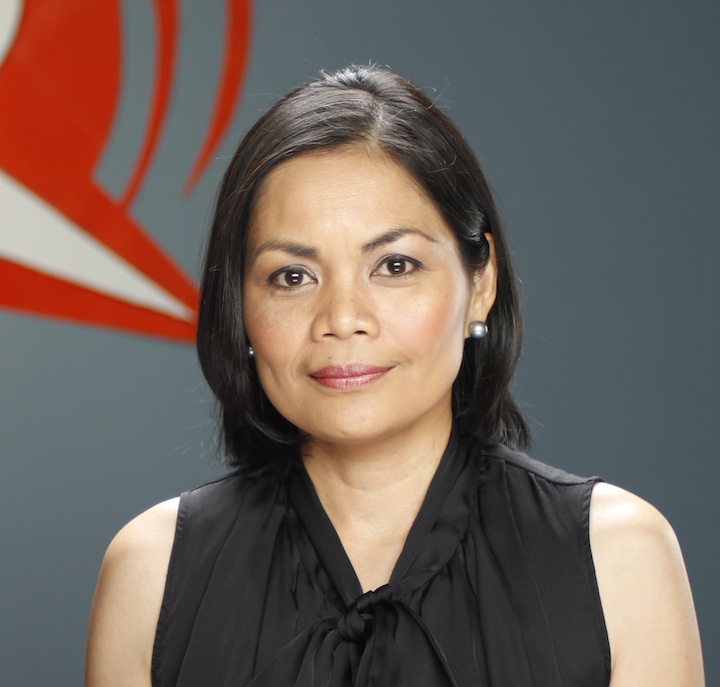 Is it possible to understand Muslim Mindanao without looking at Malaysia? Perhaps not. This stern neighbor has played its hands rather wisely: feeding a Filipino rebellion on one hand, and helping end it on the other.

Sabah has been home to thousands of Muslims who once fought for independence under the Marcos dictatorship. It was their refuge when the military continued to pummel them with bombs and bullets in Mindanao. Sabah was always part of their real — and imagined — community. Before colonizers carved out superficial boundaries in that part of the world, the Muslims of Sabah, Tawi-Tawi and Sulu were one community that freely traded goods with each other, paid unhampered visits to one another, and spoke the same language. The imperious Sultanate of Sulu reigned over these islands.

Thus while Manila has consistently put the Sabah claim on the back burner, the reality is that to many Filipinos, Sabah has long been theirs. They grew up in the state, got married there, raised their kids, and put up businesses. An estimated 65,000 Filipinos carry passports as “political refugees” in Sabah. In the capital city of Kota Kinabalu, I once asked a former member of the Moro National Liberation Front (MNLF) why he had chosen to live there. “It’s our land. These are my brothers,” he said. They call themselves “Suluks” not Filipinos.

At the height of the MNLF’s secessionist campaign in the 1970s and 1980s, Muslim rebels sought refuge in Sabah. In Sabah they mapped out plans to bring down the Marcos military to its knees. In its lush jungles they trained young recruits in guerrilla warfare. While Nur Misuari toured the Middle East to raise funds for his movement, his young commanders held clandestine meetings in Sabah to plot the war against Marcos.

Which begs the question, why would Malaysia tolerate this when it could not even put up with a ragtag group of old guards now holed up in Lahad Datu?

The answer partly lies not in Sabah or Sulu or Tawi-Tawi but in another place that keeps the dark secrets of a bungled special operation to invade Sabah: Corregidor Island.

In March 1968 — 45 years ago this month — the Philippine military shot dead young Muslim recruits whom they had trained to invade Sabah as part of Ferdinand Marcos’ adventurous pursuits at the time. The underground plot was named Oplan Merdeka (freedom in Bahasa Melayu).

Trained under a commando unit called Jabidah (the name of a beautiful woman in Muslim lore), they were recruited from Muslim provinces such as Sulu, Tawi-Tawi and Basilan. Army officers led by then Maj Eduardo Martelino first taught them the rudiments of warfare on the sleepy island of Simunul, Tawi-Tawi. A picturesque town, Simunul is home to the first mosque in the Philippines built in the 14th century. It is also a breath away from Semporna, an island off Sabah. Last month, it was in Simunul where followers of the Sultan of Sulu prepared to sail to Sabah to begin the standoff.

Back then, Simunul lacked the environment for rigorous training. Thus the Army boarded its recruits on a ship to the forlorn, tadpole-shaped island of Corregidor. Promised a monthly allowance, the recruits waited patiently for cash to send to their parents back home. It never came, triggering widespread demoralization that culminated in a petition addressed to Marcos.

The Army was ordered to fix the problem, but the situation was doomed. The young Muslims mutinied against their training officers. Oplan Merdeka was about to be exposed. The government panicked and ordered the Army to silence the recruits forever in what is now infamously known as the Jabidah massacre.

A few survived (including one who would tell the story), but more than two dozen got killed, their bodies burned before being thrown into the sea by the Army’s elite forces on board a presidential helicopter. The senator who did his own sleuthing and pushed for a high-profile congressional probe on the massacre — and Merdeka — was no less than the President’s father, then Sen Ninoy Aquino Jr.

The Jabidah massacre was the spark that lit the Muslim rebellion. It also changed Malaysia forever.

Times were different then. The Philippines was ahead of its neighbors and was in the best position to claim Sabah. Malaysia seemed an easy target at the time: the Federation had just been born in 1963, Singapore had just broken away, and Indonesia was becoming a problematic neighbor.

Malaysia took Jabidah to heart; never again would it be vulnerable to its neighbors. Sabah began getting the attention it deserved through projects and a huge budget.

To spite Marcos, Malaysia welcomed MNLF rebels to its fold to the extent of arming and providing them sanctuary. Eventually the rebels got integrated into Malaysian society. This didn’t cause problems in multi-ethnic Malaysia. Because while Marcos unleashed his sword to defeat Muslim rebels, Mohammad Mahathir took the more sophisticated path — discouraging Islamic extremism by mobilizing and spending state resources to allow moderate Islam to flourish.

Its porous borders, however, made it difficult for Malaysia to stop the entry of job-hunting Filipinos. The number of undocumented Filipino workers in Sabah reached 400,000 at one point. This would not have been a problem if not for the 1997 financial crisis that forced Malaysia to deport Indonesian and Filipino workers. In 1999, Zamboanga City felt the brunt as it witnessed the arrival of a few hundred deportees via commercial ships.

The situation called for bilateral cooperation. But then President Joseph Estrada had just thrown his support behind Mahathir’s jailed opponent at the time, former Deputy Prime Minister Anwar Ibrahim, and this severely strained the excellent ties that both countries enjoyed under the Ramos administration.

The situation turned for the worse in 2000, when Abu Sayyaf bandits kidnapped tourists on one of Malaysia’s prime islands, Sipadan, brought them to Sulu, and earned millions of dollars in ransom. Malaysia deported about 700 Filipinos from Sabah after the incident, but denied it was a retaliatory move.

And then something happened in 2001 under the Arroyo government. Malaysia’s old friend ran into trouble.

Misuari quarreled with the Arroyo administration and incited a revolt in Sulu. When the military moved against him, he counted on one ally to save him from getting jailed. On a pump boat, Misuari escaped to Sabah. Malaysia is a friend. Or so he thought.

Shortly after reaching the shores of Jiamperas in November 2001, the Muslim leader who once awed the Islamic world was handcuffed and detained by the Malaysian police. He was deported to the Philippines in January 2002, briefly detained on charges of leading a botched revolt in Sulu.

Malaysia’s move proved how it regarded Misuari and how aware it was of its bigger priority — to co-opt another rebel movement that was being lured by radical Islam. Thus its decision to host the peace talks between the Philippine government and the Moro Islamic Liberation Front.

The past offers a few lessons to all the actors involved in the Sabah issue.

First is the Merdeka trauma. To land in Sabah via Simunul and to revive the Sabah claim through the threat of prolonged confrontation is simply unacceptable to Malaysia.

Second is the wisdom of keeping the claim dormant for now. Even the wily Marcos eventually dropped his hot pursuit of Sabah, setting his sights instead on expanding Philippine voice in Southeast Asia. In 1977, during the Asean summit in Kuala Lumpur, Marcos announced his intention to drop the claim in the spirit of regional cooperation. He never got beyond a verbal commitment though because politicians back home criticized him. President Aquino’s mother, Corazon Aquino, did not revive the claim, but neither did she pursue relations with Kuala Lumpur. It was only in 1993 when the first official visit by a Philippine president to Malaysia was made in 30 years — by Fidel Ramos. He took the more nuanced route, pushing for the BIMP-EAGA economic corridor and converting the East Asian backdoor into a business hub.

Does the Aquino administration have a plan for this area as well?

Third is the fact that the Sultanate of Sulu, which has proprietary rights over Sabah, has always been open to a settlement. But the squabbling heirs couldn’t agree on how to do it. Under Cory Aquino, top-level sources told us before, Malaysia offered the sultanate at least US$70 million as settlement. But a politician who claimed to be one of the heirs protested, scuttling the talks. Under Ramos, Malaysia asked Philippine officials to persuade the heirs to accept the setting up of a “generously funded” foundation that will assist Muslim communities in Mindanao, according to then ARMM governor Parouk Hussin. No agreement was ever reached. (Read: Sabah as the last gold coin)

Is this something that should be pursued in the current peace process being brokered by Malaysia or outside such parameters? (Read: Bloodshed in Sabah and the peace process)

Fourth is the ultimate question that a responsible government needs to resolve eventually: Should it drop the claim entirely? Under Ramos, Department of Foreign Affairs (DFA) officials quietly pushed for the establishment of a consulate in Sabah so it could make a full inventory of Filipinos with passports or work permits. Malaysia welcomed the idea, and both countries signed an agreement on it. But when further studied by the legal office of the DFA, this was shot down. A consulate implies that the claim to Sabah has been dropped.

Many in government still cling to the view that Manila should use Sabah as leverage with Malaysia in negotiating better terms for Filipinos there. But other experts believe that pursuing the claim has become unrealistic. To some diplomats, Manila should stop the pretense, because this has deprived Filipinos of full-time consular services there. Have you ever wondered why our government didn’t get much information regarding the standoff? We don’t have presence there!

Fifth is the reality that while the claim is dormant, many Filipinos consider Sabah their own. It pays to be sensitive to this. Sabah is not just an academic or political issue. It is about social networks deeply rooted in the past. To confront the Sultan’s bombast with conventional political wisdom betrays narrow-mindedness. As the recent past has proven, the Sultan of Sulu has never been known for bold moves. For the situation to reach a bloody end shows utter lack of focus and sophistication on the part of government — the kind that happens when one is distracted by political noise.

What can be done to end the impasse?

For one, perhaps the government should stop a presidential wannabe from talking about Sabah as if he had credibility to do so. And then do quiet work – preferably through the backdoor. – Rappler.com

Glenda M. Gloria wrote the book – with Marites Dañguilan-Vitug – “Under the Crescent Moon: Rebellion in Mindanao” in 1999 which won the National Book Award.  The only authoritative account of the Jabidah massacre, it revisits the sources of conflict in Mindanao and retraces its tortuous path to the present.