[ANALYSIS] Avengers and Aryas for Congress

May 10, 2019 9:33 AM PHT
Tony La Viña
Facebook Twitter Copy URL
Copied
Here's what a Duterte-controlled Senate can do. On May 13, think about how you want the Philippines to become, and then cast your vote for the future. 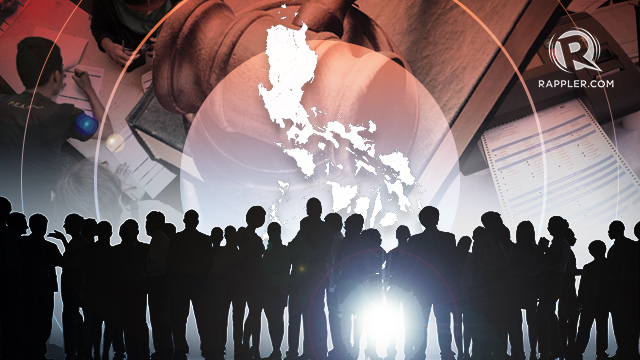 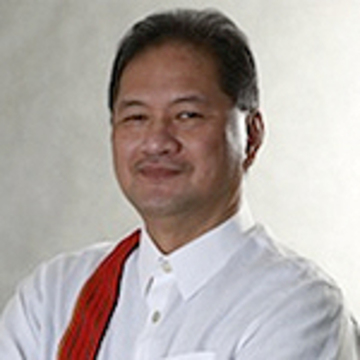 We need to know the Avengers in our midst who will reverse our slide to authoritarianism. We need to find the Aryas that will defeat our very Night King not through violence but by speaking truth to power and having the courage to stand up always for what is right.

We need them for the House of Representatives and the Senate.

It is not an exaggeration to describe 2019, as the Catholic Bishops’ Conference of the Philippines does, as not just an ordinary election year. According to them: “In our country today the checks and balances in the government are being undermined. So far the Senate is the institution in the government that is holding out as our country is inching towards total control.”

Indeed, each vote for a party list organization and for a senator is not simply a mark on a ballot and indelible ink on our fingers. Rather, it is a vote towards the creation of a national policy; a vote, in actuality, for the future of the country.

With a population of more than 100 million, more than 60 million are voters. Among those 60 million, roughly 30% are millennials and generation Z voters (the demographic cohort after the millennials), many of which will be voting for the first time this year.

More than anything, this election is about the future. Young voters should realize they hold that future in their hands.

Will we head to authoritarianism or will we be able to revive democracy?

Young voters must also carefully weigh their choice of a party-list organization. Kabataan led by the idealistic, passionate, and hardworking Sarah Elago should be the first choice of young voters. But they could also go for the other parties in the Makabyan Bloc –  Bayan Muna, Gabriela, ACT-Teachers – or other progressive parties like Partido Lakas ng Masa and Akbayan. I am particularly happy that Gio Tingzon, former chairperson of the National Youth Commission who just passed the bar exams and one of the brightest and most committed law students I have taught, is the number two nominee  of Akbayan.

The end of checks and balances

The concept of checks and balances is fundamental in government. But what if one branch of the government overpowers the other? What if the allies of Duterte dominate the midterm elections? What happens if the Duterte loyalists in the Senate reach 16, giving them a two-thirds super majority?

The Senate or House of Representatives determines the rules of its proceedings, punish its members for disorderly behavior, and, with the concurrence of two-thirds of all its members, suspend or expel a member.

A Senate with a Duterte super majority can suspend or expel any member of the opposition. Senator Leila de Lima will probably be singled out again.

A legislature loyal to Duterte will pass laws reimposing the death penalty and lowering the minimum age of criminal responsibility.

A Duterte Senate will not conduct legislative investigations and result in further impunity for human rights violations, corruption, and betrayal of national sovereignty.

A Duterte-dominated Senate may be able to get the numbers to remove Vice President Robredo through the impeachment process even without basis.

One of the ways any amendment to or revision of the Constitution can occur is through proposal by the Congress, upon a vote of three-fourths of all its members. The fact that this provision on constituent assembly requires voting separately by the House of Representatives and the Senate has been an obstacle to charter change. That could become immaterial after the elections.

A Duterte Senate could mean a shift to federalism, although so far no good version of a new system has been proposed which the Duterte economic managers could support.

It could also mean the end of term limits for the President and other officials.

I think the latter is more likely than federalism and that Duterte will be the first President to be reelected under an amended Constitution.

If you have watched Avengers: Endgame or Season 8, Episode 3 of Game of Thrones, you know the importance of not just opposition, but brave opposition.

There is value in stepping up and allowing the voice of the silenced to be heard. No matter how small, no matter how few, these small, few ripples can create big waves.

In a similar manner, those who are running in the opposition may be few in number, but they have big voices. They are advocates of the laborers, the sovereignty of the country, the people of Mindanao, and human rights, among others.

There are 4 lists that I endorse for readers to consider: all 8 candidates of Otso Diretso; those supported by the Makabayan Bloc; the candidates of the Labor Win coalition; and those proposed by the inter-faith coalition People’s Choice Movement.

Among these lists, I am strongly supporting in the following order: Bam Aquino (his reelection is my highest priority), Chel Diokno, Neri Colmenares, Grace Poe (making an independent candidate like her top the elections is a good outcome I am working for), Samira Gutoc, Erin Tañada, Leody De Guzman, and Florin Hilbay. I know these men and women personally; aside from being eminently qualified, they are incredibly visionary and courageous. They definitely have the skill and character of the Avengers and Arya.

I would also likely vote for Nancy Binay because of her excellent performance in the Senate where she has been an intelligent and independent presence. I also think that it is important to reach out to his father, former vice president Jejomar Binay whom I can confirm, based on a recent episode I was aware of, to still being our strong ally on human rights.

Based on personal knowledge of their character and record, I will continue to consider a few names from the two administration lists. If I am convinced that when crunch time comes, I could rely on them to be independent and principled, I will vote for Pia Cayetano, Sonny Angara, Koko Pimentel, and Francis Tolentino. Voting for them would be a big leap of faith that will be  hopefully be justified by their future votes on big issues.

Finally, if I decide that the risks are too high to vote for Duterte-supported candidates, I will consider voting instead for the rest of Otso Diretso or perhaps for Serge Osmeña and Sonny Matula of the Labor Win Coalition.

So there I still have work, some final thinking to do before I finalize my choices. On Sunday evening, my family will caucus to see if we can come up with a common list for Monday.

Definitely, I will vote for 12 candidates and encourage everyone to do so. Leaving a blank vote is a wasted vote and can make manipulation of vote counts easier. (READ: List of 2019 senatorial candidates)

The questions we must all ask: Will this person, if elected senator, stand up to Duterte on human rights, democracy, China, and charter change? Will they stand up for the poor and for the environment? Will they support a peace process with the communists?

Will these candidates stand up for the poor and for the environment? Will they support a peace process with the communists?

Now more than ever, we need the bravery and hope of the remaining Avengers, the steadfastness and quiet grit of the soldiers of Winterfell.

On May 13, think about how you want the Philippines to become, and then cast your vote for the future. – Rappler.com