[OPINION] And the winners are…Rodrigo Duterte and Coco Martin 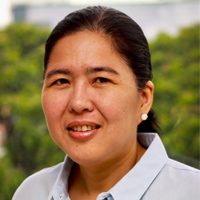 As I write this piece, more than 96% of the precincts in Monday’s elections have reported unofficial results.

The results are not yet complete but the trends are increasingly becoming clear.  While initial results may seem “shocking” at first glance (huh? plunderers win again?), a second reflection will reveal that not much has changed really. It’s the same old electoral-political system at work.

In this piece, I attempt to show the apparent continuities of this system amidst seeming change. I argue that elections continue to be won through traditional strategies: populism (i.e., “Dutertismo” and patronage politics) and plain popularity (i.e., Coco Martin-type of appeal). The use of political and social capital still mattered the most – not platforms or issues.

Senatorial race:  equity of the incumbent plus “Dutertismo”

The next in line – having garnered 9 million-11 million votes – are not likely to get in (although of course, I am no mathematician, so these are just estimates): (15) Jinggoy Estrada, (16) Mar Roxas, (17) Serge Osmeña.

The said current trend for the senatorial race suggests at least two things. One, President Duterte’s mandate has clearly been validated, given that the top 8 are all his allies (some are proxies, even) and 5 of the 6 vying for the last 4 seats are his allies as well. Two, among the opposition candidates,  only Bam Aquino had the chance to make it to the Magic 12.

The traditional “equity of the incumbent” is obviously at work here, bolstered by that so-called “Dutertismo” or Duterte-style populism. The said combination could explain the victory of the top 8, especially of Bong Go and Bato dela Rosa (who both worked directly under Duterte) and Imee Marcos (who ran under the party of presidential daughter Sara Duterte).

The names of the top 8 and the next 6 also suggest that political advertisements matter. Bong Go, for example, started having political ads even before the official campaign period began. (It is also interesting to note that in all of those campaigns, Bong Go hardly ever spoke – he just stood beside President Duterte and only the President did the talking.)

It should also be noted that Grace Poe was dislodged by Cynthia Villar as the number one senator.  This development is important because it is likely to have implications on the decision of Poe and the Villars to run or not to run in the presidential race in 2022.

A new development has emerged in local elections: old dynasts have been replaced by younger ones. In Pasig, the Eusebios, in power for almost 30 years, have been effectively removed with the victory of mayoral candidate 29-year-old Vico Sotto, the nephew of the current Senate President.

In San Juan, the Estradas, in power for 50 years, have been replaced by the Zamoras, with the victory of mayoral candidate 41-year-old Francis Zamora, son of the Zamora patriarch Ronaldo Zamora (former congressman of San Juan who, at one point, was appointed by then-president Erap Estrada as his executive secretary).

Former president Erap Estrada has also been removed from office by a younger candidate. He is likely to be replaced as Manila mayor by the 44-year-old Isko Moreno, formerly Estrada’s vice mayor.

While not all of the above-mentioned local elections reveal the same narrative of the young defeating the old (i.e., Jejomar Binay, for example, could have been affected by the fractiousness of the Binay clan in this election instead of the presence of a young contender), the implications of having younger dynasts in power need to be observed and examined. Will these younger dynasts prove to be reformers or will they perpetuate the old ways of their dynasties?

I have been observing closely only one such youth narrative, that of Vico Sotto (full disclosure: Sotto is a former student at Ateneo). Sotto clearly won against the Eusebios with the help of his Sotto name (think Eat Bulaga) but the fact is, he won against a local giant which had a bigger name and greater political and social capital. And he won despite being associated with non-traditional issues such as freedom of information (he authored the FOI local ordinance of Pasig when he was councilor) and with progressive social movements in Pasig.

There is thus a possibility that a new breed of dynasts may be entering the political arena. At the very least, we now have a more interesting narrative in relation to political dynasties.

ACT-CIS being the top winner can be explained by the popularity of its staunchest campaigner,  journalist Mon Tulfo, who resembled the “strong-man” image of President Duterte during the campaign and also had the backing of the President. The next 3 winners, Bayan Muna, Ako Bicol and Cibac may have won because they were able to sustain their vote bases (all 3 have had repeated wins in previous party list elections).

The “new” development in these elections is the emergence of two “Ang Probinsyano” organizations: Ang Probinsyano and Probinsyano Ako. Clearly, the names were chosen to suggest a connection with the popular TV show Ang Probinsyano, the lead character of which is inspired by the late actor Fernando Poe Jr (FPJ) and played by the famous young actor-heart throb Coco Martin. There is no other explanation given that two Probinsyanos are new additions to the party list scene.

It must be noted, of course, that Probinsyano Ako has Rudy Caesar Fariñas as nominee (son of Rudy Fariñas, former Majority Leader of the House of Representatives) but I doubt if the Fariñas clan could have won a nationwide campaign only with the Fariñas bailiwick in Ilocos as its vote base.

The other Probinsyano group, Ang Probinsyano, is an even more interesting case. All its nominees are unfamiliar names (Alfred delos Santos, Ronnie Ong, Edward delos Santos) so there is no way it could have won without the “Probinsyano” tag. The Facebook page of the organization simply reveals that it is backed by no less than Coco Martin and other Ang Probinsyano stars.

The fact that the previously strong party list organizations (e.g., Anakpawis, Akbayan) did not make the 2% mark also needs further scrutiny. It needs to be examined, for example, why, among the more ideological and membership-based party-list groups, only Bayan Muna, Gabriela, and ACT-Teachers have won party-list seats.

The opposition: too little, too late

In this election, at least two groups represented the opposition: the Otso Diretso (LP-led) and the Labor Win (labor and Left movement-led).

For Otso Diretso, current results show that only Bam Aquino – now ranked 14 with 13.7 million votes – had the chance of winning a Senate seat. Aquino is followed by Mar Roxas who is now in 16th place with 9.5 million votes.

What is perhaps most interesting about the Otso Diretso showing is the fact that after Aquino and Roxas, it is human rights lawyer that leads the pack: Chel Diokno is #21 with 6.1 million votes. He is followed by: Gary Alejano (#21), Samira Gutoc (#25), Romy Macalintal (#26), Erin Tañada (#27), and, Pilo Hilbay (#29). Interestingly, said ranking resembles revealed in University mock elections held in recent weeks.

The election results for these opposition candidates should be viewed as both half empty and half-full (i.e., Chel Diokno, a lesser-known public figure gained 6 million votes; Neri Colmenares got 4.5 million votes, and the rest of the labor candidates got anywhere between 380,000 votes to 900,000 votes; in other words, hindi zero).

The opposition must concede that it has failed somewhere, somehow. In my opinion, the failure of the opposition can be explained by at least 3 things. One, the opposition did too little, too late in the game. An election campaign has a greater chance of being successful if launched long before an election actually takes place. As mentioned previously, political and social capital matters. Building and mobilizing such capital takes time – especially in a contest where opponents have the advantage of being incumbents.

Two, the opposition was “head-less.” There was no unifying leader or set of leaders. While it can be said that it is “the bottom” or the masses that matter during elections, “the top” is also equally important. Mobilization for elections cannot be expected to be spontaneous.

Three, the opposition obviously relied primarily on moral appeals. While moral appeals are important, they obviously do not win elections. The opposition may have to rethink its strategies for generating mass support. It may even have to rethink its manner and level of rootedness in Philippine society (i.e., why can it not equal or surpass the ability of the Duterte camp to gain mass support during and in between elections?)

Implications: what to expect between now and elections 2022

Given the abovementioned election results and underpinning dynamics, the following may be expected between now and 2022:

As a member of the academe, I am personally interested in examining the phenomenon of Chel Diokno topping most of university mock elections. Why Diokno and not the more known Aquino or Roxas? Was that just about the “woke youth” supporting a “woke lolo”? Or was that about the youth speaking against Duterte and his drug war? Or about the youth speaking against the so-called EDSA democracy?

Post-election, I can think of only one more thing to say, especially to our youth: this ain’t Game of Thrones. In real life, there are no dragons, only demons – around us and within us. – Rappler.com