[ANALYSIS] The myth of the rational Filipino voter 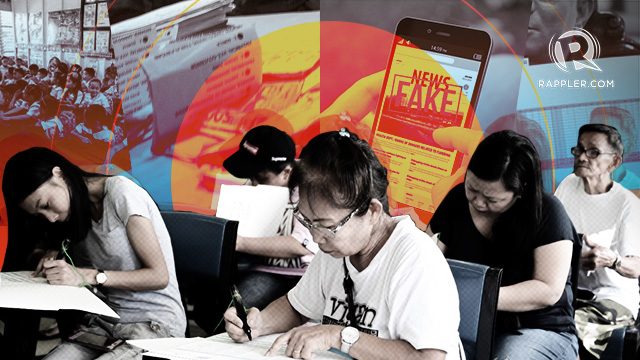 Facebook Twitter Copy URL
Copied
We have to embrace the fact that Filipinos are never, nor will be, fully informed when choosing leaders in elections

The results of the 2019 elections are like taking a bitter pill: hard to swallow and terribly unpalatable.

For the first time since 1938 – or in more than 80 years – the opposition failed to win seats in the country’s midterm elections.

The ramifications can be far-reaching. A predominantly pro-administration Senate could pave the way for President Duterte’s hitherto unrealized policies. For instance, there’s already talk of reviving the death penalty bill, even if it’s unnecessary, anti-poor, and error-prone.

Worse, you might say the 2019 elections mark an important milestone in the continuing backsliding of Philippine democracy.

How did we get here? Why are Filipinos prone to vote for leaders who could do them more harm than good? What can we do to improve election results – and the quality of lawmaking – in years to come?

We cannot move on without stepping back, taking a deep breath, and soberly assessing what just happened.

In this article I want to begin our collective soul-searching by disabusing ourselves of one particular notion: the idea of the rational Filipino voter.

In 2006, economist Bryan Caplan published a book entitled, The Myth of the Rational Voter: Why Democracies Choose Bad Policies.

The author sought to resolve a recurring puzzle in many democracies: Why do people consistently vote for leaders who make bad policies that end up hurting citizens than helping them?

First, the author argued voters are generally irrational: by and large they vote not according to reason, logic, and facts, but on emotions, ideologies, and beliefs.

Second – and perhaps more critical – people are rationally irrational. That is, people choose to be irrational on issues or concerns that do not matter to them a lot, or those which they think they cannot influence anyway with their vote.

Rational irrationality is quite easy to understand. Ask yourself: did you vote rationally among the senatorial bets?

That is, before going to the polls on Monday, May 13, did you list down all 62 senatorial candidates, note their positions on key policy issues, rank them based on how they align with your views, identify the top 12 candidates, and then vote for them eventually? I don’t think so.

Voting is difficult, and we cannot expect millions of voters to exercise perfect rationality when voting, on top of the demands of daily life like going to work and taking care of children.

Look at the list of candidates likely to win the senatorial race. It consists of plunderers, fence-sitters, sycophants, and nincompoops. Yet here they are, garnering millions of votes, poised to steer key policies for the nation in the next 6 years.

Based on that list, it’s tempting to write off Filipinos as foolish or unreasonable (some even use the pejorative term “bobotante”).

But this is condescending and counterproductive. Instead, if we want millions of Filipinos to vote for “better” leaders – choosing expert and experienced policymakers over charlatans and traditional politicians or “trapos” – we need to chip away at the barriers to rational choice.

First, we need to fix the country’s broken education system.

Ideally, our education system should be a transformational experience where people walk away feeling not just smarter or more skilled but also more critical thinkers.

Unfortunately, the education system is in shambles. Many children are allowed to proceed to higher grades even without learning how to read. K-12 is poorly implemented and evaluated. And many fresh graduates of the Senior High School program say the additional two years have been a “waste of time.”

But is the Duterte government serious about fixing the myriad problems of the education system? Does Duterte even know such problems exist?

Second, we need to raise the standard of living of Filipinos to weaken vote-buying.

Many people say vote-buying seems to have worsened in the 2019 elections. Even Comelec Commissioner Rowena Guanzon admitted so, further saying the rifeness of vote-buying has led people to think it’s perfectly normal. Many people in fact expect to sell their votes during the campaign season.

Studies show vote-buying is weakest in areas where people are prosperous. But will local officials then have an incentive to improve the plight of their constituents, knowing that doing so might erode the purchasing power of their money during elections?

Third, we need to fight disinformation and break free of our echo chambers in social media platforms.

However, as we’ve seen in the past 3 years, the Duterte government itself has retailed disinformation, burning taxpayers’ money in the process.

In addition, I am convinced we’re all trapped in echo chambers (or silos) in social media platforms.

All the woke posts, clever memes, witty tweets, and endless fact-checks made by well-meaning millennials and Gen Z – in response to, say, news of bad policies – were seen and read by their peers and their peers alone.

To understand the issues and narratives that matter to millions of our fellow Filipinos, we need to engage them in deeper conversation. But first, we need to break free of our online echo chambers and talk to them face-to-face.

4) Climate of fear and coercion

Fourth, we need to dispel this climate of fear enveloping the country.

President Duterte’s penchant for violence – as evidenced by his war on drugs – has sowed fear in the hearts of millions of Filipinos.

Such fear, however, could be clouding their otherwise rational judgment on many of their decisions, including how they vote.

Election-related violence is nothing new, of course. However, you might argue that Duterte has scaled it up to the national level, as shown by, say, his so-called “narco list.”

On the one hand, the opposition ticket Otso Diretso claimed that Duterte has effectively weaponized the said narco list to have a vice grip on local officials. On the other hand, apparently 27 out of the 36 politicians on the narco list won in their respective races.

In any case, won’t people vote differently – more calmly and rationally – if they knew and felt no vindictive or violent leader was looking over their shoulders as they voted?

We have to embrace the fact that Filipinos are never, nor will be, fully informed when choosing leaders in elections.

Yet that does not mean we cannot improve the quality of our votes. Moving forward, let us examine and identify the different constraints to our rationality as voters and chip away at such constraints one by one.

This is a daunting project. But if we are to redeem Philippine democracy by 2022 – and save whatever’s left of it – we need to embark on this project pretty soon. – Rappler.com