[ANALYSIS] The need for a credible Navy Facebook Twitter Copy URL
Copied
As long as it has an inferior coast guard and ill-equipped naval forces, the Philippines will not gain the respect of its neighbors and will always hesitate to challenge foreign intruders into its territorial waters 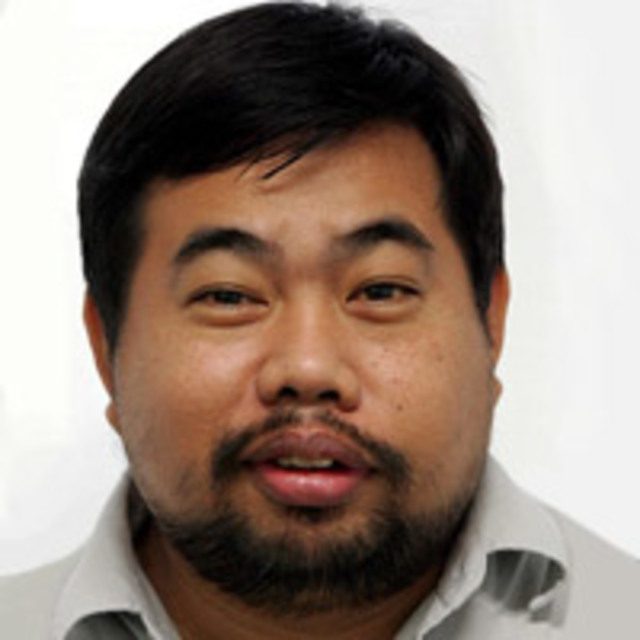 In a recent visit to a naval museum in Boston, the center of shipbuilding in the British colonies in the Americas during the late 17th century, we were surprised by a trivia question on how the world’s most powerful navy started in 1794.

How did the United States protect its merchant ships sailing in the Atlantic Ocean and Mediterranean Sea from pirates and from the British and French navies, which dominated the 7 seas at the time?

George Washington’s government would rather pay millions of dollar a year in the form of “tribute” to mightier navies for safe passage and protection of its vessels from pirates and attacks. They initially chose this path rather than build warships escort its ships and patrol its coastlines.

It took about 20 years for the Americans – from the declaration of its independence on July 4, 1776 – to decide to build a strong, capable, and credible navy, commissioning its first 6 heavy frigates, including the USS Constitution, which still sits outside the museum in the navy yard not far from another old warship, the USS Cassin Young (DD-793), a World War II-era Fletcher-class destroyer.

Barely two decades after the Naval Act of 1794 creating the navy, the United States gained the respect of other maritime powers after its frigates, particularly the USS Constitution, won several sea duels against the British Royal Navy, which was the most powerful during the 19th century.

More than a hundred years later – and up to now – the United States Navy is acknowledged as the world’s largest and the mightiest naval warfare service with nearly 290 combat vessels, including 11 aircraft carriers with two more under construction.

The U.S. Navy has played a pivotal role in America’s rise as an economic and power superpower.

Now, take a look at the Philippines.

It should have paid more attention to its naval forces long ago to power its economic engine, like the United States, given its archipelagic state and a coastline much longer than its former colonial master. But it has remained small and weak with second-hand warships, including World War II-era and Vietnam War-vintage vessels.

The most capable warships are 3 former U.S. Coast Guard Weather High Endurance Cutters (WHEC) – the Del Pilar-class patrol ships – and the 3 missile-capable Multi-Purpose Assault Craft (MPAC). One of its two brand-new missile-capable light frigates, built by the South Koreans, will be delivered next year.

Even with this, which is part of a P300-billion, 15-year modernization plan, the Philippine Navy still lags behind its neighbors in Southeast Asia. It is even behind a much poorer South Asian country, Bangladesh, which has 4 Chinese-made missile-guided frigates and two refurbished diesel-electric submarines.

The Philippines cannot be completely faulted for its failure to build a credible navy. It has focused on its internal security since it gained independence in July 1946 and relied heavily on the United States for its external defense for nearly half a century _ until Washington was kicked out from its two large overseas military bases in Subic and Clark.

After the Huk problem was resolved in the 1950s, the twin insurgencies from the Maoist-led rebels and Muslim secessionists plagued the country for the next 50 years. Then a small but violent Islamist militant group also emerged from the South, threatening the stability and security of the entire country after pro-Islamic State groups occupied Marawi City 5 months in 2017.

But the biggest and long-term security threat comes from its maritime borders in the west after China started asserting its claims on the South China Sea, creating 7 man-made islands, and employing active anti-access and area denial (A2AD) measures to push away the United States Navy from the strategic waterway where about $3 trillion worth of ship-borne goods pass every year.

Security and trade are not only at stake in the South China Sea, but the livelihood of coastal states, including the Philippines, are at risk as Beijing’s fishing fleet dominates not only the region but the world as well.

China is the world’s top fish producer, according to the 2018 United Nation’s Food and Agriculture Organization’s (FAO) State of the World Fisheries and Aquaculture, catching more than 15.2 million tons in 2016. About two million tons were caught from distant waters as Beijing’s fishing fleet reaches in South America’s Atlantic Ocean.

FAO reported that China’s fish catch has been stable over a 10-year period from 2005 compared to most countries, which are among the world’s top 25 producers, where production was seen to be falling. The world’s fish production has declined by 0.6%  or nearly 2 million tons during the same period, according to FAO’s report.

The Philippines, for instance, saw a decline of 13.5% in its fish production from 2005 to 2016, catching only 1.8 million tons from an average of 2.15 million tons. It was predicted to further drop as competition with neighboring countries, which operate larger fishing vessels, intensifies in its territorial waters.

About 55% of the world’s maritime fishing vessels are reportedly operating in the South China Sea, where about 12% of global fish catch takes place, according to an Australian fisheries expert.

No wonder why tension in the South China Sea continue to rise. Indonesia, the world’s number two fish producer, has been aggressively asserting its sovereign rights in waters in the fringes of the South China Sea, sinking foreign fishing vessels, including Chinese boats, which encroached into its 200-nautical mile exclusive economic zone and 12-mile territorial waters.

More than 3.7 million people in littoral states around South China Sea, not only in the Philippines, rely on fisheries in the area as marine products in the area are extremely important source of nutrition.

China is also taking severe measures against other countries to protect their own fishermen, sinking and ramming fishing boats from Vietnam, driving their vessels closer to Philippines and increasing friction between the two Southeast Asian countries.

Local fishermen in Zambales and Pangasinan, for instance, complained Vietnamese fishermen were destroying and taking away fish cages – payao – in the South China Sea. Some of these Vietnamese boats were seen about 30-50 miles from the shorelines while bigger Taiwanese fishing boats were encroaching extreme northern Luzon as well as in the eastern seaboard.

In the south, Abu Sayyaf and armed pirates had made both the Celebes and Sulu Seas risky for fishermen, commercial vessels, and slow-moving barges delivering coal from Indonesia to the Philippines.

The Philippines appears to be helpless in protecting its fishermen as well as guarding its marine resources due to lack of bottoms and other resources for the enforcement of fisheries laws and protection of environment and biodiversity.

The Philippines should learn from the experiences of the early Americans. John Adams laid the groundwork for a strong navy because Washington got tired of paying ransom for its merchant ships and sailors in the 18th century.

The Philippines will not gain the respect of its neighbors and will always hesitate to challenge foreign intruders into its territorial waters and EEZ as long as it has an inferior coast guard and naval forces.

The Philippines should start building a modest credible maritime force so its neighbors would think twice before violating its sovereignty. – Rappler.com