[ANALYSIS] Work on alternatives and growth, before speeding into federal system 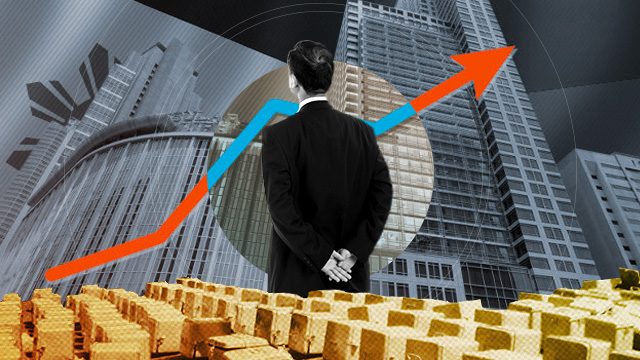 Facebook Twitter Copy URL
Copied
What we should be speeding up in the second half of the administration is more policy reform and economic growth, not changing parts and engines 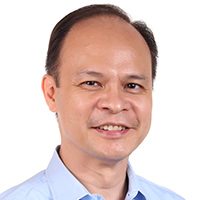 I love this Mercedes Benz ad showing a 1990s C-Class getting its body and engine changed into the 2019 version while it speeds down a highway.

The ad is a good analogy for the challenge businessmen and other leaders often say they face: transforming their organizations without slowing down. Business people hope President Rodrigo Duterte and his advisers consider that as they plan to revive the push for federal government.

Business groups continue to share the concern of the President’s economic managers about this push. The reasons we’ve cited include the inability of most of the planned federal states to support themselves economically; the lack of clarity on how powers and resources will be divided, and therefore how this will help deliver more responsive government; the cost of a new layer of government; and the red tape and bribes that will come from that new layer. Federal governments would be “new playgrounds of patronage” political scientist Paul Hutchcroft says in his latest book, Strong Patronage, Weak Parties: The Case for Electoral System Redesign in the Philippines. (WATCH:Paul Hutchcroft on redesigning the Philippine electoral system)

As one prominent politician said, “I’ve been in Mindanao my whole life. If you can see, Mindanao is an area with many kingdoms, local warlords. I don’t think it’s right to give more  powers if that is the set-up in a region. The situation may worsen.” That was said it during the campaign, but the speaker was Sara Duterte.

This doesn’t mean the business sector is against revising the Constitution, or change in general. Much of their own talk is about transformation, disruption, and innovation. When it comes to government, most business leaders are for the lifting of foreign investment restrictions, which is in former speaker Arroyo’s draft constitution. Most business leaders would be for curbing political dynasties, which the Consultative Committee tried to do. (And which helped make it DOA in Speaker Arroyo’s House.) The government can enforce rather than resist Mandanas v. Executive Secretary, last year’s Supreme Court ruling that local governments should get 40% of BIR and Customs collections, not just from BIR. We can amend the local government code.

We can also change how we elect our leaders.

This idea of “electoral redesign” is the subject of Hutchcroft’s book. (He edited, and had 8 co-writers.)  In electoral redesign, you don’t change the structure, just “how votes are converted to seats.” This would make change less chaotic and yet it will probably result in big changes in who gets elected, which would lead to different governance and policies, hopefully for the better.

The book’s title is its premise. Patronage – the largesse distributed by candidates especially around election time – reduces the “democratic contract” between candidate and constituent to just that: patronage. Voters have less leverage for policy and programs after that. The prescription is stronger political parties, which, according to the book, are handicapped in our current electoral design.

One of the book’s two main examples of that is how we elect senators. Because we have 12 votes we can distribute among parties and independents, all candidates, even those from the same party, are actually competing with (or dumping) each other. Because this is also how we elect provincial and municipal boards, this multi-member plurality system (MPS) is our dominant electoral system, covering 14,000 out of 18,000 elective posts. Elections make real the crab mentality we half-joke about, with the Senate election as the championship.

It is very difficult to build strong political parties when party members are made to fight among themselves. The result, Hutchcroft says, is “a complete free for all.” Indeed: Imagine scoring basketball games by player rather than by team. Where the top scoring players from both teams are declared the winners, not the top-scoring team. That’s what we have.

To its credit, the Consultative Committee called for two senators per region, the same system we had from 1916 to 1935.

This means competition among party mates would happen before the election, in the negotiations to get ranked higher in the list. Instead of dumping during the election, party mates would be forced to strike deals among themselves, some of which will hopefully be about policy and programs: OK, I’ll agree to put you on top of the list, but you promise to support my bill on utilities and infrastructure. Once elected, they would be motivated to stick together on policy, to keep their place or even rise in rank during the next election, not be taken down a notch.

If we make these changes to the Senate and the provincial and city councils, suddenly most candidates and politicians will be subject to party discipline. Soon you will have real political parties. The other 4,000 officials, from president to vice mayor, may be sucked in. (The book actually recommends a similar change for the party-list representatives in the House, helping undo what former chief justice Artemio Panganiban says has been ”bastardized”.)

What can electoral redesign bring? The book says similar changes around Asia incentivized politicians to produce policies that benefit more people across their constituency rather than pockets of votes. In Thailand, the book attributes such a change for the shift to building health clinics and issuing 30-baht health cards, instead of building hospitals and buying expensive medical equipment, which are inaccessible to many and a font for corruption. In Indonesia and India, it was direct cash transfers to poor citizens. To our credit, we have put similar programs in place without these changes. So imagine what we would do with them.

Alternative proposals are drowned out by the federal push, making them seem like long shots – like moves in the U.S. to redesign the electoral college out of their system. But they show that there are more ways to try to get the good and responsive government we all seek.

Federal proponents should at least say they’ve considered them and discuss why they think they won’t work. What we should be speeding up in the second half of the administration is more policy reform and economic growth, not changing parts and engines. – Rappler.com