[ANALYSIS] A workers’ alternative for Hanjin 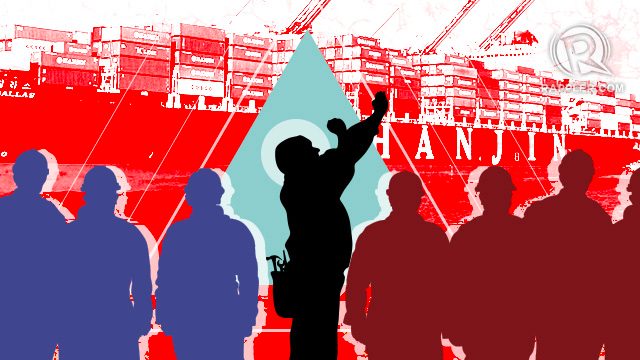 Facebook Twitter Copy URL
Copied
It is time to consider workers’ control as a viable antidote for bankrupt private businesses and, more essential, for imagining a new peoples’ economy 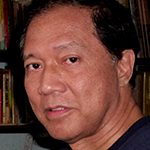 The January 2019 collapse of the giant Hanjin shipbuilding facility in Subic, Zambales has precipitated a mad scramble for solutions to the crisis. The government frantically scours for new investors and 5 Philippine banks await to retrieve $412 million in unpaid loans.

Meanwhile, the plight of the 30,000 displaced Hanjin workers has been all but neglected. They have endured 13 years of precarious contractualized work, 40 work-related deaths and 15,000 injuries, unfair labor practices (including union-busting), poor health services and maltreatment at the hands of Korean superiors. On top of the massive job losses, the workers’ immediate demands for proper retrenchment benefits remain unfulfilled.

There is, however, an alternative solution that puts the workers at the forefront of the current impasse – that of workers’ control, also known as “workers’ recuperation.” Worker-recuperated firms are business enterprises that have failed or gone bankrupt “and put into operation once again by their workers under self-management.”

Workers’ control of abandoned companies has taken place since the start of the 20th century in different parts of the globe but waned in the 1970s with the ascendancy of the anti-labor neo-liberal policies of the Thatcher and Reagan administrations. However, in the wake of successive crises beginning with the Asian financial crunch of 1997-1998 and culminating in the global economic meltdown of 2007-2008, workers’ recuperation has seen a resurgence.

Workers’ control is exercised through democratic management via workers’ councils and assemblies whose delegates can be recalled at any time. Collective administration and horizontal relations rather than hierarchical modes prevail. Workers savor their emancipation from alienating tasks and authoritarian control while the wasteful and anarchic process of capitalist production is reversed. Social relations and labor processes would change with managerial prerogatives eroded and “management eliminated as a function separate from work itself.”

An entirely new value system is created which “may not correspond to (the) strict entrepreneurial logic” of profit maximization. Political, social and cultural activities are also undertaken and considered “part of work time.” Ruggeri writes that “if a recuperated company engages only in economic activities, no matter how radical its internal processes, it would not have a transformative potential.”

The new workplaces also rely “on the support of local communities and solidarity networks with other worker-controlled enterprises.” The phenomenon has given rise to a global solidarity movement with biennial continental and global conferences regularly taking place since 2007.

Hanjin Heavy Industries and Construction – Philippines (HHIC-P) was once the world’s tenth largest shipbuilding complex, but its debacle serendipitously provides a unique opportunity to challenge and supplant a deeply flawed model of industrial development. Built as an archetype industrial enclave, HHIC-P had no forward and backward linkages with the local economy as its inputs were all imported. It relied solely on a capricious global export market and freeloaded on omnibus tax holidays, import-export tariff exemptions, and subsidized power rates as a special economic zone locator.

HHIC-P brought in minimal capital of its own, instead borrowing US$1.3 billion from Philippine and Korean banks. Worse, no collateral was offered to the local banks, only a letter of guarantee from Hanjin Korea. The company also incurred the ire of environmentalist groups for recklessly building two high-rise condominium buildings in a protected primeval forest to house its Korean staff and planning to construct a coal-fired power plant on a Subic Bay beach.

Eventually, by 2016, the global shipbuilding industry suffered from overproduction and overcapacity, reduced demand for container vessels, overstocked US inventories, weak global economic growth and the Chinese economic slowdown. Unable to overcome the dire situation, HHIC-P filed for insolvency and corporate rehabilitation at the Olongapo City Trial Court on January 8, 2019, effectively defaulting on its huge loans. It was the biggest bankruptcy and loan default case in Philippine corporate history.

For Leody de Guzman, chairperson of the Bukluran ng Manggagawang Pilipino (BMP), the ideal scenario is a government takeover of Hanjin and for workers’ control of its operations in order to “prevent massive job displacement” and jumpstart “the industrialization of the local economy.” A government takeover may be necessary at this point but it should only be a transition stage to clean up the corporate mess and resolve all financial issues. Eventually, the shipyard should be turned over to the workers.

Possibilities abound for replacing Hanjin’s crippled industrial model. Under workers’ control, a new shipbuilding facility should now address local needs and be retrofitted to build inter-island merchant and passenger ships, modern fishing boats, riverboats, lake crafts, double-hulled catamarans, ferries, tourist watercrafts, houseboats, flatboats, racing boats, sail boats, and even Navy ships. What is no longer needed in the national economy can then be exported. As UP Professor Emeritus Dr. Rene Ofreneo put it, all these will pave the way for “a modern shipbuilding industry that is fully integrated in the economy (and) can serve as a pillar in the all-out industrialization and modernization of the country.”

Our people, after all, have been renowned for shipbuilding since ancient times. The balangays ruled Southeast, East Asian and West Pacific maritime travel and trade while the larger karakoas were efficient outrigger warships. An 800-year-old “mother” balangay excavated in Butuan in 2013 measured 25 meters long – “more than adequate for inter-island and inter-country travel.”

Further testaments to our people’s shipbuilding skills were the galleons that plied the 14,320-kilometer Manila-Acapulco trade route for 250 years (1565-1815). They were the world’s largest class of ships to have been built at that time, reaching 2,000 tons and carrying up to 500 passengers.

De Guzman is convinced that “workers could do a better job at administering (the Hanjin) plant operations.” They are, after all, among the country’s highly skilled workforce.

It is time to consider workers’ control as a viable antidote for bankrupt private businesses and, more essential, for imagining a new peoples’ economy – one that caters to the needs of workers and communities rather than to corporate greed. – Rappler.com

Eduardo C. Tadem, Ph.D., is Convenor, University of the Philippines Center for Integrative and Development Studies, Program on Alternative Development, (UP CIDS AltDev) and a retired professor of Asian Studies, UP Diliman.