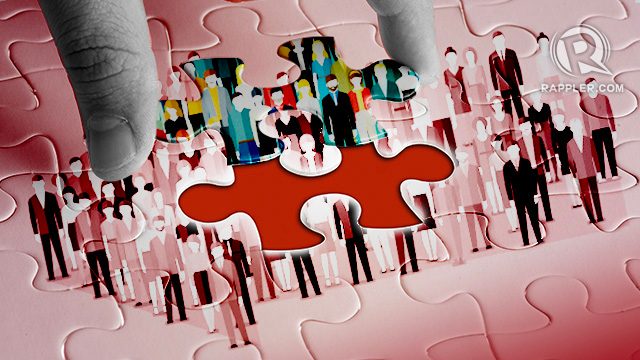 The base and market votes of many leftist party-list groups were decimated, preventing many of them from making it to the list of winners in this year’s election. Akbayan, for the first time in its 21 years of participating in the party-list race, will have zero seats in Congress. The Makabayan bloc lost 1.6 million votes, resulting in the loss of Anakpawis. Meanwhile, the Sanlakas-Rejectionist left failed to end its 18-year electoral drought.

Many, if not all of these leftist groups blamed alleged massive cheating in the midterm elections. They pointed to cases of massive voting buying, vote denial operations, and even electronic vote-shaving. While vote buying and vote denial operations have become “standard features” of Philippine elections, accusation of electronic cheating in the recent automated election has yet to be proven.

What fundamentally limited the space for left and progressive groups in the partylist system was the complete bastardization of the entire political exercise.

The volatility of the rules and the ever-changing formula in the counting of the party-list votes, such as the 2007 Supreme Court decision allowing groups which failed to get two percent of the total party-list votes to still get seats in Congress, weakened and eventually shattered many of the left’s electoral bases.

This attracted a lot of moneyed trapo and even downright fake party-list groups to take advantage of the system’s flaws. At a time when many left groups are trying to find ways and adopt innovative organizing methods to respond to new political and economic realities, the landscape skews heavily in favor of moneyed politics.

Many progressive party-list groups found their electoral strength diminished, especially in areas where well-oiled partylist groups operate. They were largely overrun by trapo partylist organizations, especially those under the helm of political dynasties. They were no match for the vote-buying power and the political patronage wielded by their trapo competitors.

‘Out of sight, out of mind’

Another field where progressives were outgunned was in the area of political communications.

Majority of the top ten party-list winners used a massive amount of TV and radio ads. This enabled unknown but well-funded party-list groups, some of which were hastily formed, to introduce themselves to the voting public in a short span of time. They increased their awareness among voters and transformed this into actual voter preference.

Let’s take the Anti-Crime and Terrorism Community Involvement and Support (ACT-CIS) party list as an example. Before the 2019 elections, this group was virtually invisible to the voting public, and yet it saw its voter preference dramatically jump from 1.94% in March, to 4.67% in April, and then hit double-digit figures come early May.

Another party-list group, Ang Probinsyano, not only used TV ads, it secured endorsements from famous celebrities like Coco Martin and Yassi Pressman, who are cast members of the long running teleserye carrying the same name.

The high voter awareness and preference garnered by these groups in the recent polls showed that majority of Filipino voters still look to television for content even if a big chunk of the population is hooked on social media. Television, not social media, remains the main communication medium for winning the hearts and minds of the voters.

In the past, left and progressive party-list groups tried to compete with the power of their competitors’ multimillion-peso TV ads by maximizing the space and advantage offered by free traditional media or media exposure gained outside of paid advertising.

For left-leaning party-list groups, this usually takes the form of high-profile campaigns and political interventions on burning issues that media cannot afford to ignore, providing their leaders and spokespersons platforms to talk and reach out to a wider public and reinforce their political brands.

Free media campaigning ( TV and radio) is important not only because it is cheap, it also builds brand credibility. People are more likely to trust messages from credible third party sources. They are more likely to trust messages about a political brand when they see, hear or read about it in the media, especially in a country where the news broadcast is still very influential in shaping public opinion.

In the 2019 elections, few left and progressive partylist groups took full advantage of free traditional media. With the sheer volume of information people see daily, voters have adopted an “out of sight, out of mind” attitude. With the entry of so many partylist groups, it is imperative that political communications guarantee continuous efforts towards staying at the top of the voter’s minds.

It can be argued that space for free media tends to get limited during campaign season. However, an abundance of national issues could have been used to reinforce one’s political brand and build a strong narrative. It could have ensured that the progressives’ political messages were conveyed by the country’s top news networks and secured repeated visibility.

The lesson is clear. If the different left-leaning and progressive groups want to regain their footing in the partylist race, they must mount a sustained two-pronged initiative: One, push for the radical overhaul of the partylist system and two, strengthen and expand their voting bases.

In the legislative front, there is a vital need to strengthen the 2% vote threshold requirement to change the current setup wherein even groups that garnered less than 1% of the vote are granted a seat in Congress.

Only party-list groups which have established a broad and substantial national constituency, that have worked hard to earn the trust of the electorate, and successfully garnered 2% or more of the votes should have the right to representation.

This ensures the political legitimacy of those who gain representation under the partylist system and limits the entry of groups which have been opportunistically formed to entrench their personal interests instead of seriously championing marginalized sectors, specific advocacies, and political ideologies.

This legislative action cannot be delayed any longer. Progressive partylist lawmakers must reflect hard on why they failed to push for amendments to reform the partylist law despite being in Congress for two decades.

The different left-wing and progressive parties must also rebuild their shattered electoral bases if they want to compete effectively in the partylist arena.

They must develop strong electoral bailiwicks that can ably reject the allure of massive vote-buying and patronage politics. They must seek out new political alliances and constituencies outside of their traditional political mass base, such as with reform-oriented groups and other middle-class organizations that do not necessarily consider themselves as progressives but have established themselves as reformist forces.

Many of these can be found in areas where anti-political dynasty battles are being waged. The immediate agenda is to build broad “social/cross-class alliances” in the local arena among significant sections of the working people, the youth, business and the middle class.

Furthermore, different left groups must not limit themselves to the party-list field to accumulate power. They must take full advantage of what the local arena can bring and seriously consider it as a pathway to build political power.

The local arena is still largely untapped by the left. A more committed participation in the local electoral contest makes for an effective challenge of elite rule as it pits progressives against political dynasties and other traditional politicians, which, for the lack of a better alternative, the people at the local level have no choice but to vote for or put up with.

A good example of this is the success of former Akbayan Representative Kaka Bag-ao. (WATCH: Kaka Bag-ao on slaying the Ecleo dynasty)

By committing to a strategic political project to create a solid progressive presence in the Dinagat Islands, Bag-ao was able to build a strong electoral base capable of engaging in local politics and pushing for much needed reforms. As a result, Bag-ao defeated the powerful and deeply-entrenched Ecleo clan three consecutive times, twice in the congressional elections, and recently, in the gubernatorial race.

The introduction of the party-list system in 1998 was nothing short of revolutionary.

It was a progressive response to the limits imposed by elite democracy characterized by “winner-take-all” electoral races dominated by trapos, political dynasties and the wealthy. It was a policy response to the need for political parties and groups with scattered constituents, whether socially marginalized or united by a common belief, to participate, contest and win legislative electoral races and strengthen themselves as organized political forces that could challenge the traditional elite parties in the local and national arenas.

Left and progressive political parties must fight to restore the original intent of the party-list system. Unless the rules of the game are changed, the Left cannot hope to regain its footing in a party-list system heavily rigged in favor of traditional politicians, political clans and big business interests.

Progressives will lose an important electoral terrain and even their remaining electoral base and support if it cannot secure the future of the party-list system. – Rappler.com