Jun 25, 2019 9:00 AM PHT
Carl O. Schuster
Facebook Twitter Copy URL
Copied
China has chosen the path of bullying its neighbors, forcing the Philippines to walk a very cautious line to protect its sovereign rights and citizens 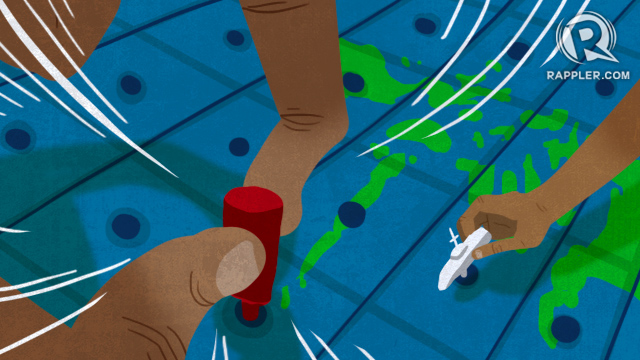 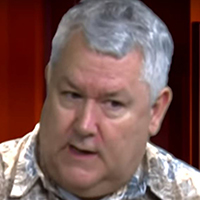 Last week, a Chinese people’s maritime militia unit rammed and sank a Philippine fishing vessel and then left the crew to drown. That should have shocked the world, but, in fact, Chinese Coast Guard and paramilitary ships have been doing it to Vietnamese fishermen for over a decade, killing up to a dozen a year, without drawing so much as a single word of criticism from the world’s so-called human rights groups, United Nations agencies, or international maritime organizations.

Such is the power of China’s money and growing national power. The Philippine Coast Guard and Navy can be ordered to protect the nation’s fishermen in the West Philippine Sea, but the reality is, brave and competent as Filipino sailors are, they will be outnumbered and outgunned with little hope of assistance or support from international organizations. Western non-governmental organizations may proclaim that their mission is to protect human rights and innocent lives or the environment, but, in fact, they see neither money nor political gain in challenging China’s actions.

Ask any of the one million Uighurs rotting in concentration camps, or, if they could speak, the South China Sea marine life that have lost several million hectares of their protected maritime environment to China’s military construction since 2012. It is obvious China has chosen the path of bullying its neighbors, forcing the Philippines to walk a very cautious line to protect its sovereign rights and citizens. Surface combatants can establish a presence, but, given the numerical ration involved, it makes better sense for the Philippines to consider a game-changing option: submarines.

Critics will argue, legitimately, that submarines are more complex and expensive than surface ships, and even if the nation starts now, it will be at least 4 years before it gains a fully operational submarine.  That is true, but if one doesn’t start, one never achieves. Submarines are the ultimate stealth machine. Aggressor surface ships must be on their guard whenever a submarine might be in their area.

With proper training and support, and financial and technical assistance from allies and partners, the Philippines could have 3 submarines in service by 2030. One by 2025. Having just one at sea will make any aggressor’s surface ships think very carefully before threatening Filipino fishermen.  Submarines backed by air power change the nautical game, but the presence of air power simply reinforces the submarine’s already serious threat. Submarines can strike without warning, and bullies know it.

However, cost is an issue. The Philippines doesn’t need to waste money buying 2,000-3,000-ton submarines capable of reaching the central Pacific or Indian Ocean. Smaller, 800-ton displacement submarines provide all the range and capability the nation needs. They can maintain a 30-day patrol up to 700 nm from their main operating, cost less than half of the larger submarines to build and maintain. They also have smaller crew requirements.

A modern version of the German U-206 of the 1980s will do, but, if not available, then one of the 1,200-1,500-ton units like those purchased by Indonesia several years ago may provide an economical substitute. It is worth studying the issue because China’s bullying will escalate in the years ahead and protests provide little, if any, deterrent.

There are no panaceas to protecting the nation’s security and sovereign rights, and acquiring submarines is no easy matter. But when facing a bully with a larger and more powerful traditional navy and air force, nations find a flexible and viable counter in submarines, much like a maritime version of insurgents, forcing the bully to allocate far more to oppose the submarine than the Philippine Navy must allocate to operate its submarine force. – Rappler.com

Captain Carl O. Schuster, USN (Ret) is a 1974 Graduate of the University of South Carolina NROTC battalion. Captain Schuster earned an MA in International Relations from the University of Southern California in 1989. Initially commissioned as a surface line officer, he served on a variety of US and foreign ships and submarines, as well as in several field and staff assignments, before finishing his career as director of operations at the Joint Intelligence Center, Pacific. He retired from the naval service in June 1999. He is a prolific writer on military and maritime history and also teaches at several institutions in the United States.