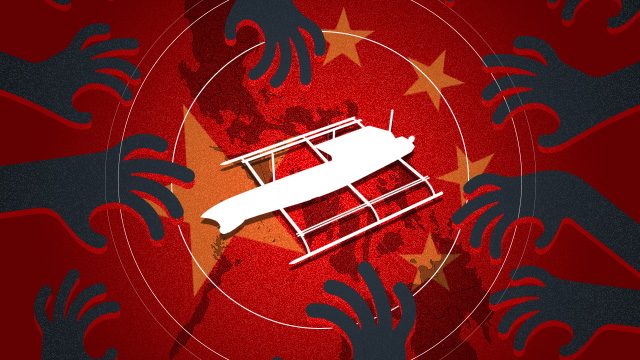 Lest anyone forget, the Philippines’ troubles with China began when President Duterte surrendered to it control over the West Philippine Sea. That it happened just after an international arbitral court had affirmed Philippine sovereignty over those waters and rejected China’s counter claim made it all the more ridiculous and treasonous than it was in itself.

The mockery and the betrayal have, in fact, persisted. The recent case of 22 Filipinos being thrown overboard and abandoned after a Chinese patrol rammed their fishing boat while at anchor was only the latest one, although definitely the most egregious so far, not to say the most violent.

Previously, the Chinese were content to chase the Filipinos away. But, possibly encouraged by the Duterte regime’s indulgent attitude toward them, they have resorted to ramming. Their idea, in any case, is to clear the area for the exclusive exploitation of their own fishermen.

Chinese patrols in the West Philippine Sea are suspected to be militias attached to the Chinese navy. Their well reinforced hulls, observes Supreme Court Justice Antonio Carpio, leave no doubt as to the lengths they are prepared to go. The observation is validated by Vietnamese fishermen who have had their own run-ins with such Chinese rammers. As happened, it was a Vietnamese fishing crew that rescued the 22 Filipinos from a watery grave.

Why such Chinese covetousness? Well, the West Philippine Sea has provided a living to generations of coastal folk; it is habitat to varied and bountiful marine life including endangered species, which command a great price in the clandestine market – Chinese looters have been observed hauling them away in amounts. It is also known to hold rich gas deposits beneath its bed. With a collaborationist host government, it now lies completely open to Chinese plunder.

Carpio, who led his nation’s arbitral battle for the West Philippine Sea, has been urging Duterte to retake control over it, but he succeeds only in annoying him. These days, anything Carpio says on the issue seems to trigger him. For all the legal and moral sense Carpio has brought to bear on it, he remains insensible, and could only reply with epithets. It must have to do with his narcissism, a certified disorder, although an innate denseness cannot be discounted as contributory  – that is, if no shady factor is involved.

Meanwhile, he doubles down for the Chinese. In the ramming case specifically, he has refused to hold them to account. In fact, to add insult to injury, he has given them license to fish even in Philippine waters designated as Exclusive Economic Zone, an express crime by the Philippine Constitution.

Duterte’s betrayals actually go further and deeper. He has in effect delivered his nation as hostage to the Chinese, who, apart from taking its natural wealth as ransom and consequently robbing it of economic opportunities, entrap it in odious debt, thus dooming its future generations to a mortgaged existence.

But the deadlier blow is to the nation’s psyche – to its sense of freedom and self-worth — for, veritably, a foreign invasion has begun. The hundreds of thousands of Chinese lately landed — with visas waiting to be picked up upon arrival at the airports for those who have none, a gesture unequaled in the annals of Filipino hospitality – don’t exactly look like the types who have come in friendship or for sympathy or sanctuary, which seems apparent enough in their loud and overbearing ways. Could they, then, be some sort of forward force dispatched to a presumed Chinese province with pretentions to democratic statehood that need to be suppressed?

China’s authoritarian regime is, after all, well remembered for loosing troops and tanks on young democracy campaigners in Tiananmen Square in 1989. Estimates of deaths there run in the thousands. The memory of that massacre might just suit Duterte’s own horrific narrative: Tiananmen will be nothing compared with what will happen if Filipinos resist China’s advances; not only will China make war on them, other nuclear powers will be sucked into the fray, which can only end with everybody and everything being blown to kingdom come.

To lend some portentous weight to his divination, Duterte ought not to forget one detail: Tiananmen translates into “gate of heavenly peace.” – Rappler.com