[ANALYSIS] Philippine defense spending in 2018: What data tells us 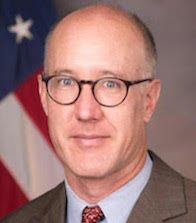 President Rodrigo Duterte has been calling on Congress to pass a spending bill with increased funding for the Armed Forces of the Philippines (AFP) to complete their current round of modernization.

But before approving more funding, it is incumbent on the Congress and Filipinos to analyze Philippine defense spending and to put it into a regional context.

According to SIPRI (Stockholm International Peace Research Institute), from which all of the following data was obtained, the Philippine defense budget was $3.8 billion in 2018, 9% of ASEAN total spending. Yet much of the Philippine defense budget is eaten up by personnel costs and graft; an insufficient amount goes into modernization, though President Duterte approved a P300 billion (US$5.6 billion) 5-year modernization program for 2018-2022. Nonetheless, in the proposed 2019 budget, 73% of the requested funds went to personnel costs. The Philippines only spends 1.1% of GDP on its military. The government has kept spending between 1.1% and 1.3% consistently over the past decade, again only spiking to 1.5% for one year under Aquino. This is low by regional standards. As a percent of GDP, defense spending in Southeast Asia ranges from 0.7% in Indonesia to 3.1% in Singapore, followed by Myanmar at 2.9%. The regional average was 1.9%.

On a per capita basis, the Philippines is amongst the lowest in all of Southeast Asia, at $35.4 million; only Cambodia and Indonesia are lower. Nonetheless, there has been growth: in 2004, the Philippines spent a mere $15 million.

The increases in defense spending have been marginal, and starting from such low levels, completely insufficient to deal with the range threats currently facing the Philippines.

The Philippines also has the growing threat of foreign encroachment in its maritime domain, even though President Duterte has all but ceded sovereignty of the territory to China. Despite the host of security challenges, including growing maritime threats, the Philippine military remains extremely under-resourced and relying on donated foreign equipment. The US has recently provided drones and an ISR plane.

It also remains heavily subsidized by the number of foreign donors. First and foremost is the United States, which provides on average $50 million a year in annual counterterrorism assistance, as well as additional Maritime Security Initiative funding for ISR platforms.

But more importantly the dozens of bilateral military exercises are subsidized by the United States. The same rings true for buying multilateral exercises with new partners, including Australia and Singapore.

President Duterte has lurched to the Chinese since taking office in mid-2016, and received a few consignments of small arms and small patrol craft, which he gushed over.

On a more positive note, the Philippines is going to take possession of a number of new airframes, including Super Tucanos and attack helicopters, that are far more useful in counter-insurgency, rather than the costly FA-50 jets that it purchased from South Korea.

The bigger concern is not the spending, but how the money is spent: the repeated suggestion that the Philippine navy acquire a submarine is ludicrous. The Philippines cannot go after expensive platforms that they cannot afford to operate or do not need.

The Philippines is not a wealthy country, though it has enjoyed several years of strong economic growth. And a rapid increase of defense spending is unsustainable for the country. Yet the threats, posed by internal and external actors are very real. And those threats do hinder economic growth.

So the Philippines has to be smart about improving its security beyond defense budgets and military acquisitions and allocations.

Implementing the peace process with the Moro Islamic Liberation Front should go a long way in marginalizing groups like the BIFF and Mautes. The government must resume peace talks with the Communist Party of the Philippines. It needs to thoroughly commit itself to the reconstruction of Marawi.

It needs better maritime policing capabilities and greater cooperation with Malaysia and Indonesia to help stem the flow of foreign militants. It must end the corruption within the AFP. Does anyone ever ask the question where the Abu Sayyaf acquire their guns and ammunition?

Finally, the Philippines has to make itself a better ally and security partner to continue to engender the support of regional partners and the United States. – Rappler.com

The views expressed here are the author’s and do not reflect the opinions of the National War College or Department of Defense. Zachary Abuza is an independent analyst, specializing in Southeast Asian politics and security issues. He is also the author of Militant Islam in Southeast Asia: Crucible of Terror.