[ANALYSIS] The Philippine Left and the 2019 elections Facebook Twitter Copy URL
Copied
By 2022, will the Left be able to transcend its historical reticence and finally achieve a breakthrough in electoral politics? 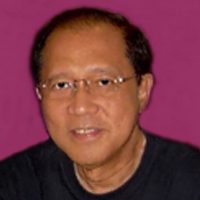 Among Left senatorial candidates, the best performer from the mainstream Left who had previously run in the 2016 polls suffered a 28% decline in votes. Four other non-mainstream Left candidates ended up almost at the tail end of the Senatorial count.

One possible explanation can be traced to how the Left conducted its electoral campaign.

The Left’s primary ideological handle, “socialism,” was once more absent in its electoral platforms.

The socialist agenda and its egalitarian components were never projected in the public eye as virtually all Left groups concentrated on raising bread-and-butter issues in futile attempts to court the voting public. While not eschewing the need to struggle for liberal reforms, shouldn’t the Left relate these to its overall vision of a socialist society?

Of course, there were other factors that would explain the Left’s poor electoral performance.

These include the lack of both human and material resources, the intimidating dominance of traditional politics, a politically immature and long disempowered voting public who mainly see elections as a way of sharing in the crumbs dispensed by the wealthy through vote buying, a bastardized party-list system, the atmosphere of impunity, the seeming appeal of aberrant ethical standards promoted by the Duterte regime, etc.

But all these are a given and beyond the Left’s control, whereas, the opportunity to share the vision of an alternative future lay in their hands via direct and indirect contact with the masses through mass campaigns and media exposure. Regrettably, the Left did not take that opportunity.

By the middle of the decade, the signs already pointed to a deepening distrust and disaffection by the Filipino people of the restored liberal democratic system and its failed promises. The fervent hopes accompanying the 1986 EDSA toppling of the Marcos dictatorship have been all but extinguished. In their place festered a stark dystopia of cynicism, disenchantment, hopelessness, and desperation.

Widespread poverty remained endemic while the gap between the rich and the poor and middle classes widened further. High growth rates have only benefitted the affluent and propertied classes. Almost 90 percent of the employed labor force was in contractual and precarious work, deprived of benefits, security of tenure, and the right to organize. Small farmers languished under the lack of support services, rapidly falling farmgate prices, and the onslaughts of corporate interests.

Agrarian reform has been emasculated of its social justice essence and replaced by uncontrolled land speculation by pillaging property developers and dominance by predatory agribusiness corporations. Chronic joblessness has driven millions to often risky and hazardous overseas employment. A skewed urban development repeatedly trampled on the rights of the urban poor. Essential public services have been deregulated and privatized – left to the tentacles of a dehumanizing market.

The economic backbones of a modern society, agriculture and manufacturing, have atrophied, superseded by the opportunistic rent-seeking service and financial sectors. To make matters worse, an already fragile environment continued to deteriorate.

In the political sphere, rapacious dynastic families cemented their long-running rule while the disease of corruption infected every nook and cranny of public service. Peace and order remained pipe dreams for the ordinary citizen. Except for a major segment of the Moro struggle, armed rebellions lingered uncontained as peace efforts have been continually derailed.

The atmosphere was ripe for alternative voices and fresh perspectives. It was an ideal situation for the Left to unfold its progressive agenda and fill in the outsized gap left by the failures of the post-EDSA regimes.

Unfortunately for the Left electoral groups, in both the 2016 and 2019 elections, they failed to offer innovative programs and a vision of an alternative future that would seize the imagination of the masses and galvanize them to vote for Left candidates. Tragically, it has been the alternative of right-wing populist-sounding authoritarianism that has hijacked the initiative and captured the masses’ allegiance, in the absence anything else on the legible and comprehensible political horizon.

A radical Left electoral platform would have highlighted the essential and primary issue of social inequality and its manifestations.

Such a platform would include the following:

Consider how, in the US, Senator Bernie Sanders electrified the national stage in 2016 by running for President on a publicly avowed socialist platform. Despite losing the Democratic nomination, he created a groundswell of interest and eventual support for what had previously been a stigmatized political standpoint in the bastion of global capitalism. A Harris poll conducted in April 2019 revealed that 40% of Americans and 55% of younger women now prefer socialism over capitalism.

Beyond a radical electoral platform, however, the Philippine Left also need to look inward and discard outmoded notions from the past. New formulations must arise given the extensive transformations of the 21st century.

Sectarianism, dogmatism, and vanguardism must cease. Learning from the failed experiments of the Soviet Union, China and other “actually existing socialisms,” a major rethinking and re-articulation of the socialist project are urgent priorities.

The 2022 presidential elections provide another chance for the Left to “spread its wings” and mount an electoral campaign with a radical platform. Will it be able to transcend its historical reticence, and finally achieve a breakthrough in electoral politics? Or, will the Left continue to bring up the rear of Philippine politics and still be relegated to its periphery? – Rappler.com

Eduardo C. Tadem, Ph.D., is convenor, University of the Philippines Center for Integrative and Development Studies, Program on Alternative Development (UP CIDS AltDev) and retired professor of Asian studies, UP Diliman.