[OPINION | Dash of SAS] Girls feel invisible in the media Facebook Twitter Copy URL
Copied
It’s time to rewrite their story, and here are recommended children’s books to help do that 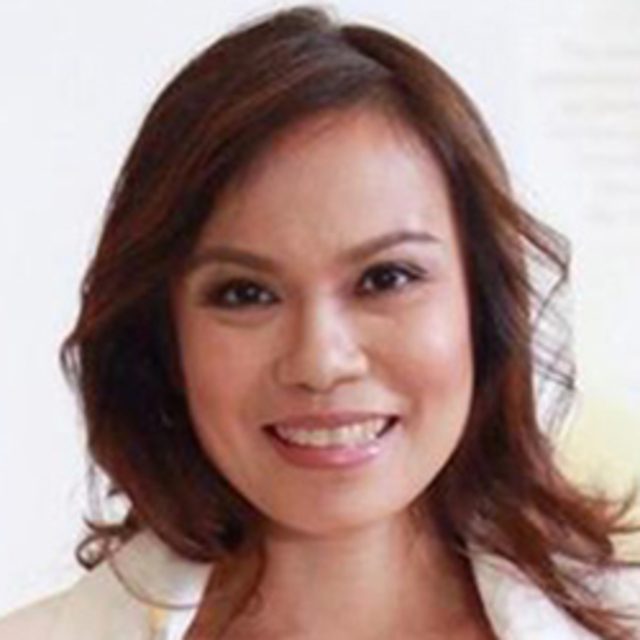 Girls aspire for leadership roles, but what they mostly see in films and ads is that women in leadership positions are not treated as well as men and are most likely to experience sexual harassment. These stereotypes dampen their leadership ambitions.

“The inequality, intolerance, and isolation female leaders experience is a major deterrent to a girl’s leadership aspirations. Whether they are from urban or rural backgrounds, girls think that being a female leader means discrimination and harassment,” said DM Barcelon, gender specialist at Plan International.

Those were the findings of “Rewrite Her Story: The State of the World’s Girls,” a research released by the Geena Davis Institute on Gender in Media and Plan International.

The research evaluated how film and media stereotypes affect the lives and leadership aspirations of girls and young women by looking at how 56 blockbuster films in 20 countries portrayed leadership and interviewing 10,000 girls about their perception of female leadership.

According to the research, when it came to characters in leadership positions, women and girls were 4 times more likely than men to be wearing revealing clothing or shown completely naked. Women were also more likely to be sexually objectified. Male characters were portrayed as more competent in their leadership roles and more respected.

The study also looked behind the screen and saw that of the 56 films that were studied:

Advertisements were also assessed, and they showed that women’s bodies were used to sell products, and the dominant message implied that a woman’s place is inside the home and that women are mostly expected to be pretty.

In both, films and advertisements, male leaders are the norm. Women are sexualized in a way that men never are through their clothing and through slow motion camera movements that emphasize a woman’s body. Overall, there is very minimal representation of women and even less when it comes to presenting women coming from diverse racial ethnicities.

To be it, they must see it

It is essential for women and young girls to see what they aspire to be in film, in advertisements, and in books. When they think of women as leaders, they need role models they can look up to. “We need to normalize female leadership,” said Plan International’s Barcelon.

The research also suggests funding more female filmmakers and encouraging girls and women into key positions to create diversity to stop the sexualization of women in films.

What can we do in the meantime to help girls rewrite her story? We can start reading.

The good news is that, in the arena of Filipino children’s books, there is a wealth of stories about the bravery and pioneering streak of Filipino women in history and even today.

Plan International recommended a book called, Be a Girl Champion, a compilation of stories about 7 girls who encountered hardships in their lives, overcame them, and came out stronger and wiser. The book was written and illustrated by Chloe Seraspe Reynaldo, who, at 16, became the youngest and first Filipina chosen by the Texas Christian University for the 2016 Global Innovator Awards.

Alexine Perreno, who owns Pumple Pie books, an online book distributor that hosts a wide collection of children’s titles, shared her recommendations of books that show girls and young women the role models they want and need to see more of.

The Women of Science debunks the myth that girls can’t be good in math and science through the stories of world-renowned Filipina scientists.

This powerhouse of a book bundle captures the stories of Filipina women who are pioneers in science, technology, engineering, agriculture, and mathematics in illustrated storybook form. All of the women featured in the storybook are internationally-recognized experts who have published scientifiic articles, have served a research leadership role at a national or international level, and, best of all, are working in the Philippines.

Some of the titles in this book haul include “The Gardener of the Sea” is the story of Nida Calumpong, a globally-recognized specialist in marine botany and coastal resource management. “The Staff of Life” tells the story of Giselle Concepcion, who works with local and international partners to discover new treatments for pain, cancer, and other illnesses by studying the country’s marine resources. “The Mangrove Warrior” is about Jurgenne Primavera, who served as mangrove adviser for the Zoological Society of London and was named one of the 2008 Heroes of the Environment by Time Magazine.

What Girls Can Do encourages girls to dream of what they want to be when they grow up.

If you like to wear dresses, for sure you’d look cute.
You’d look just as good in pants or an astronaut suit.

These are among the lines in this charming and empowering storybook that tells girls that they can be anything they want to be – they just have to dream it to be it.

Si Amina shows us the cultures and traditions of our indigenous people through the eyes of a young girl.

Amina is a young girl born to the Yakan tribe in Basilan. Her family relocated to Zamboanga City because of the war, leaving Amina yearning for the familiarity of home. To help her get over her homesickness, Amina’s mother teaches her how to weave as their ancestors did. At first Amina finds it difficult to find the inspiration to weave, but in the end she finds not only inspiration for her weaves but also a little bit of her own identity.

Pao’s parents have separated. His father takes one car and leaves his mom and him with the red car. He watches as his mother takes on the roles and dutiess his father had previously taken on and realizes how strong his mom is and how their two-person family is still a family.

Ang Lakambini at Ako is about the bravery and heroism of Filipino women in history.

Most of us know Gregoria de Jesus as the wife of Andres Bonifacio who begged for her husband’s life and was later allegedly raped by Emilio Aguinaldo’s men. This book shows another side of De Jesus, known as the Lakambini of the Katipunan.

“This is just awesome. It shows Gregoria de Jesus learning how to shoot guns so she could fight in the revolution,” said Parreno. “Andres was a lot older than her, so her parents wouldn’t let her marry him. So you know what she did? She wrote the gobernadorcillo and asked him to make it happen. She is the original kickass woman.” – Rappler.com