Nov 20, 2019 9:08 AM PHT
Facebook Twitter Copy URL
Copied
Despite the law being weaponized against me, I am one of the lucky ones in this Age of 'Lawfare' – which has been used for everything from political assassination to the orchestration of civilian deaths 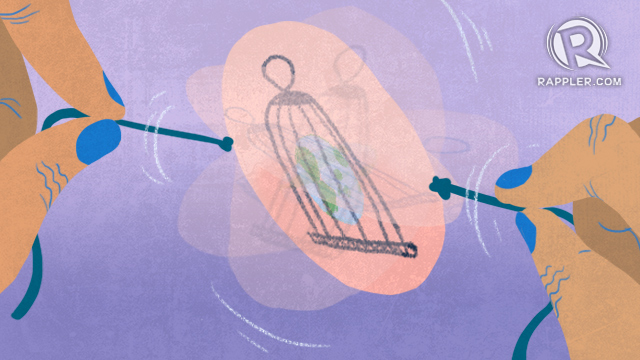 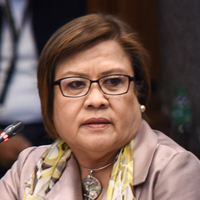 November 20 this year marks my 1000th day in detention. On February 24, 2017, I was arrested from the steps of the Philippine Senate, and has since been under unjust detention for a crime that I, quite plainly, did not commit.

The only “offense” I am guilty of is being “that female government official” that Rodrigo R. Duterte vowed to “destroy in public” for being among the “human rights stalwarts” that made him their “whipping boy.” All because, 10 years ago, I investigated his alleged involvement in the operations of the so-called Davao Death Squad, and again had the temerity to speak out against the spate of extrajudicial killings that unfairly targeted the poor under his so-called “War on Drugs.”

Of course, I don’t expect people to take my word for it. In fact, I am a big believer that the world needs to harbor a healthy dose of skepticism and to exercise a great deal of critical thinking whenever politicians and public figures make any claim. If reason had reigned above the government’s fear-mongering, thousands of people may not have been senselessly killed and I would not have been arrested under false charges.

But now that I am closer to being in prison for 3 years, and with the trials in my cases currently ongoing, my concern is less about my own plight, but about the world “out there.”

Sure, at times, I wonder what kind of world I will find (if and) when I regain my freedom. But lately, I am mostly wondering what is going on out in the “free world” right now.

My own ventures into the “outside world” have been confined to those few hours a month when I am brought to court for my trial – which could be as often as twice a week or as seldom as perhaps once a month. And what I see simultaneously saddens, horrifies and angers me.

I have had to sit quietly as a parade of inmates convicted of heinous crimes – from multiple murder to kidnapping for ransom and drug trafficking – take the stand and tell lies about my alleged involvement in the illegal drug trade.

One witness – a former cop sentenced to life imprisonment for murder and frustrated murder (for attempting to kill a witness in the murder case), and who was also accused of masterminding the abduction of an 11-year-old boy –  claimed that he carried P1.5 million inside a Nike shoe box, and was allowed to personally hand it to me in broad daylight in front of countless witnesses consisting of inmates, guards, Bureau of Corrections officials and my own security.

I allegedly accepted it without a word, and without even checking if there’s something dangerous inside the package. He himself claims he was not part of the drug trade, and yet he claimed it was proof that I received money from the drug trade.

It was all so maddeningly illogical. And it got worse.

While on the stand, and during moments when there was a lull in the proceedings, the same witness caught my attention and, while looking at me straight in the eye, made throat-slitting motions while mouthing that he will be killed (“papatayin ako”), suggesting that I should not take what he says against him because he is testifying under duress.

I brought it up before the judge, with the prosecutors around. But without cameras recording the proceedings, the judge’s ability to fully observe the demeanor of a witness in order to assess the truthfulness of his testimony is severely undermined. If the judge didn’t see it – it didn’t happen. Never mind that it happened in the full view of several spectators, not just myself.

As a life-long believer and defender of the Rule of Law, it sickens me to see it so publicly perverted and made a mockery of – weaponized as a tool to eliminate political discourse and silence legitimate criticisms and dissent.

And yet, I am one of the lucky ones in this Age of “Lawfare” – a term formed by combining the words “law” and “warfare” to signify a form of war consisting of the use of the legal system against a perceived enemy, such as by damaging or delegitimizing them, tying up their time or winning a public relations victory.

Lawfare has been used for everything from political assassination to the orchestration of civilian deaths. The “red-tagging” of human rights activists happening in regions of the Philippines is exactly that: label them as communists or terrorists even without an iota of proof or an opportunity to defend themselves, the government has made civilians military targets. It can happen to a UN Special Rapporteur and it can happen to ordinary activists who are helping members of indigenous peoples groups defend their rights.

And it is happening even to elected public officials. Mine is no isolated case. Sedition and other charges were filed against opposition figures, including the Vice President, myself, and another sitting senator and a former senator.

Last September 19, 2019, a briefing was held before the US Congress Tom Lantos Human Rights Commission to tackle the plight of Parliamentarians at Risk Around the World. There, it became painfully clear that the use of lawfare to further authoritarian rule and to eliminate democratic discourse is now a pandemic.

According to the briefing given by Inter-Parliamentary Union President Gabriela Cuevas Barrón, last year alone, the IPU’s Committee on the Human Rights of Parliamentarians dealt with a total of 564 cases of parliamentarians from 43 countries, which is practically twice the number since 2014.

One only has to hear about the detention of lawmakers in Venezuela and Turkey to know that, along with authoritarian rule, comes the suppression of the political opposition. Dictators, after all, fear nothing as much as being confronted with their abuses and facing the consequences of their actions.  And by silencing the opposition, who will be left to stop them from trampling on the rights of the populace?

The people of Hong Kong know this, which is why the ongoing massive pro-democracy protests in that jurisdiction was propelled by the arrest of high-profile pro-democracy activists and lawmakers who opposed a politically important proposed law – the Extradition Law. And it is also why the main targets are the human rights defenders, the pro-democracy advocates and opposition lawmakers – some of whom have suffered tremendous abuse such as one lawmaker whose ear was bitten off during the protests. An intensified conflict between student protesters and the Hong Kong police is developing which, some fear, might escalate into another Tiananmen.

Laws can, unfortunately, be weaponized for political advantage. That is a fact.

To surrender is to welcome death

Oppressive regimes would like us to admit it and, in so admitting, force us to abandon our defense of the Rule of Law. They drag us in front of a funhouse mirror, and force us to accept the distorted form of the law as its true form; that there is no truth and there is no justice, except the truth and the justice they would allow.

Yet that is precisely why we have to bitterly defend it from being perverted. When a body is afflicted with a disease, we find a cure and we treat it. We fight. For to surrender is to welcome death.

So, too, with these attempts to corrupt and co-opt the Rule of Law. We have to fight to regain its legitimacy in essence and in application.

That is the reason why I sit every hearing, and confront the witnesses against me.

My legal defense team dots all the “i”s and crosses all the “t”s. We follow procedure. We dig deep into the protections of the Constitution, and the rights I have under existing laws.

I fight within the system, and I play my part in this dark, surreal, legal, and political theatrical event that is my so-called “trial.” – Rappler.com