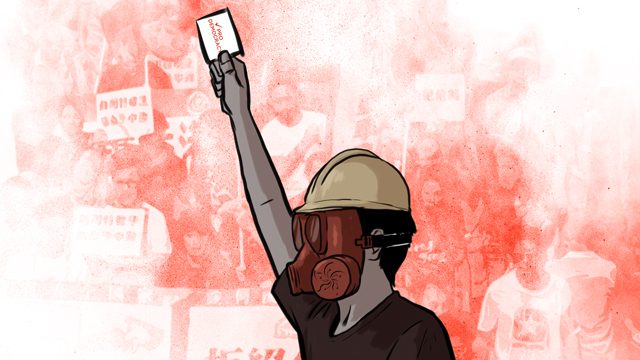 Facebook Twitter Copy URL
Copied
The protest must now be seen not as a young people’s movement, but as a grassroots rejection of Beijing’s rule 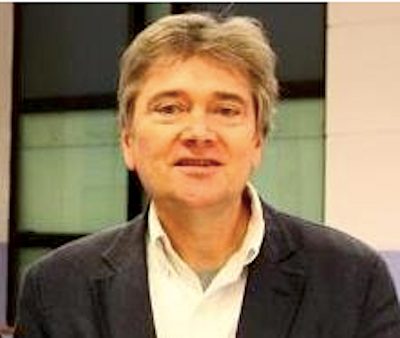 After nearly 6 months of social and political unrest, the people of Hong Kong went to the polls on Sunday, November 24. By early Monday morning, it was clear that in the biggest voter turnout in decades, the voters had sent an unmistakable message to the Hong Kong government and to Beijing.

The electoral contests centered on the District Council seats that were being contested in the 18 districts around Hong Kong. The results indicated that the pro-democracy candidates won 385 out of a total of 452 seats. The pro-democrats also won resounding majorities in 17 of the 18 districts. While these offices do not carry much power, and the district councils deal mainly with municipal matters, this election is the only chance that Hong Kong people have to vote for a legislative body as a whole. As such it is the single opportunity for the voters of Hong Kong to have their voices heard.  The reason for this can be found in the way in which Hong Kong’s post-1997 government was established in its mini-constitution or Basic Law.

The more influential Legislature Council (or LegCo as it’s known) of Hong Kong is an unusual and somewhat corrupt mix of seats which only 50% are elected directly by the voters, and other seats are elected by various economic sectors, such as the insurance industry, the tourism and hotels sector, the construction industry, etc. All of these seats can be counted on to be pro-Beijing candidates. This means that the pro-establishment camp is guaranteed a majority in Legco.

As for the executive branch, Hong Kong’s Chief Executive is chosen by 1,200 “electors,” nearly all of whom are handpicked by Beijing.  The results since 1997 have been a series of failed leaders, from a pro-China shipping tycoon, Tung Chi-hua who resigned after his failed attempt to ram through a hotly contested security ordinance.  Second was Donald Tsang, a career civil servant, who became involved in a corrupt land deal and was later sent to prison.  Then there was C.Y. Leung, who also was involved in a murky transaction from the Chinese ZTE Corporation and whose refusal to even hold a dialogue with the Umbrella protesters earned him praise from Beijing and contempt from Hong Kongers.

The most recent leader was Carrie Lam whose signature policy initiative was an attempt to enact an amendment to the Fugitive Offender’s Ordinance, which would have allowed courts on the Mainland, demand that those individuals that they designated as criminals to be extradited to the PRC.

The entire attempt at this legislation, which began in February 2019, resulted in increasing levels of concern, not only from NGOs and human rights groups, but also from a number of chambers of commerce, former judges and even the Hong Kong Bar Association.  Ms Lam’s consistent response to this alarm was that all of these groups “didn’t properly understand the bill.”  Her single-minded efforts to ram the bill  through the legislature eventually resulted in current protest movement, which has persisted for nearly 6 months.

So after thousands of arrests, hundreds of deaths, injuries, sexual assaults and police beatings, the people of Hong Kong finally went to the polls on Sunday.  Out of deference to the elections, there were no protests held during the weekend.  On Sunday, it was the voters’ turn to speak for themselves, on their own. Sunday saw record turnouts in all of the districts of Hong Kong, making it clear by mid-morning that this was going to be a significant election, if only for the massive turnout, which by the end of the day was estimated at around 74% of voters. There were many other factors at play as well. The newly appointed chief of police, Chris Tang ordered riot police to be present at all of the voting stations in Hong Kong, in an effort at “protecting the voters.”  Of course, given the level of apprehension with which most people now view the police, this was seen by most as a form of voter intimidation.

There were long lines. In many cases, voters in most voting stations around Hong Kong waited for over 90 minutes to cast their ballots.  As the day wore on, fears arose of vote buying, especially in the New Territories, a traditional bastion of support for the pro-Beijing DAB Party.  This time, videos came to light of elderly voters getting off buses and being given “red packets” as well as elders receiving gift bags and electric blankets. The fears also continued to grow that there would also be ballot box stuffing and other forms of cheating such as through voter intimidation, especially in the Yuen Long constituency of Junius Ho, the pro-Beijing legislator with close ties to local triad gangs.

The voting went on until 10:30 pm. The results weren’t available until early Monday morning, and when they were announced, it was a stunning victory for the pro-democratic candidates and a massive rebuke to the pro-Beijing incumbents, and of course to the government of Carrie Lam.

The euphoria is still in the air, and people were popping open bottles of champagne on the streets of Central.  So after the champagne, what comes next?  For a start, the results will not bring about any meaningful policy changes or any direct challenge to Carrie Lam’s unelected government.  The 18 District Councils across the territory only deal with local issues, such as potholes, streetlights, and the allocation of public money for civic improvements. 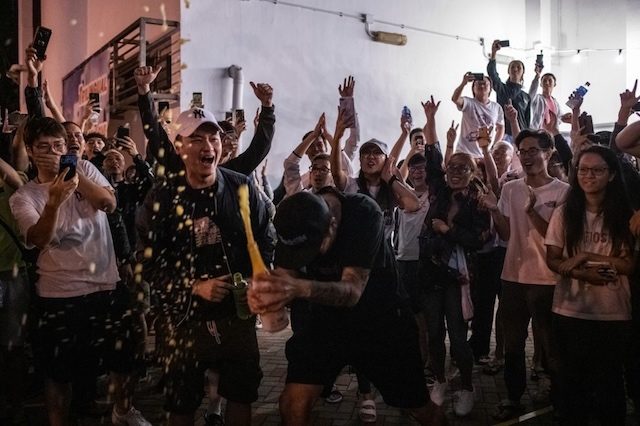 However, given that the District Council elections are the only opportunity for the voters of Hong Kong to make their unfiltered demands to be known, and as was seen on Sunday, the people took their civic duty very seriously.  The first message is that the narrative Carrie Lam and her government have been repeating for the past 6 months, that a “silent majority” of Hong Kong people support the government has now been shown to be wrong.  The government’s message that the “rioters” are merely a fringe group of radical and disaffected young people, is now also revealed as a deception. That the protest movement is widely supported was borne out by the voters, who have elected many of those who have been involved in the protest movement.

The “silent majority “ story being debunked is more significant than it appears at first blush.  Whereas previously, the Hong Kong government and their pro-Beijing backers could always claim that the protest movement was either the result of the disaffection of the young (or alternatively that it was the result of a nefarious CIA plot) at this point, they must deal with the fact that 74% of the voters have spoken and they have overwhelmingly rejected the policies of the Hong Kong government and the leadership in Beijing.  The protest must now be seen not as a young people’s movement, but as a grassroots rejection of Beijing’s rule.

In the coming days and weeks, there will inevitably be calls from the leadership in the pro-Beijing parties for Ms Lam’s resignation, as the defeat of the pro-Beijing candidates must be seen as defeat for Carrie Lam herself.  I suggest that this will become a problem for not only Carrie Lam and her government, but also for Beijing itself, which up until now has steadfastly continued to support her.

But here’s where the unique status of Hong Kong casts an entirely different light on what might be ordinarily seen as a massive repudiation of an incumbent government.  Given that Hong Kong is controlled by the PRC, and as such, any signs of discontent must be a reflection of discontent by the voters of the leadership of the PRC itself.  However this kind of thing isn’t supposed to happen in China.  There must never be any sign whatsoever of any dissent or disagreement with the Central Leadership.  This is especially true now as Xi Jinping has over the past several years tightened his grip on all forms of expression and public life to the point that China can only be referred to as a totalitarian state.

And yet, here we have seen in full view of the international press, an overwhelming popular rejection of everything that the Chinese Communist Party stands for. It is highly likely that this seemingly innocuous election result will be viewed with great alarm in Beijing. So the question now, is where does Beijing go from here?

Those outside observers, who have raised the scenario of a Tiananmen style crackdown, seem to have been proven wrong (at least for now).  Beijing remains in a dilemma partly because of the ongoing trade negotiations with the United States administration.  The use of military force would likely preclude such a deal.  However, there also seems to be little room for Xi Jinping to simply accede to even some of the protesters’ Five Demands, even the most viable one, which is the demand for an independent judicial led investigation into the police violence.

The reason that Xi won’t or can’t make this concession is that compromise and cooperation is not how the CCP operates. The only way that it deals with any form of dissent or disagreement is through suppression, violence and total control of the wider narrative.  Yet, here, they seem to have lost that control. At this point, it’s not clear as to when and how the CCP is to try and wrest that control from the hands of the people of Hong Kong, and back into their own hands, but for now at least, the people of Hong Kong made their voices heard by the whole world. – Rappler.com

James A. Rice is an Assistant Professor of the Department of Philosophy at  Lingnan University in Hong Kong. He obtained his Master of laws at the University of Cambridge. He is the author of Take Your Rights Seriously – A manual on the legal rights of migrant workers in Hong Kong and the politics involved.