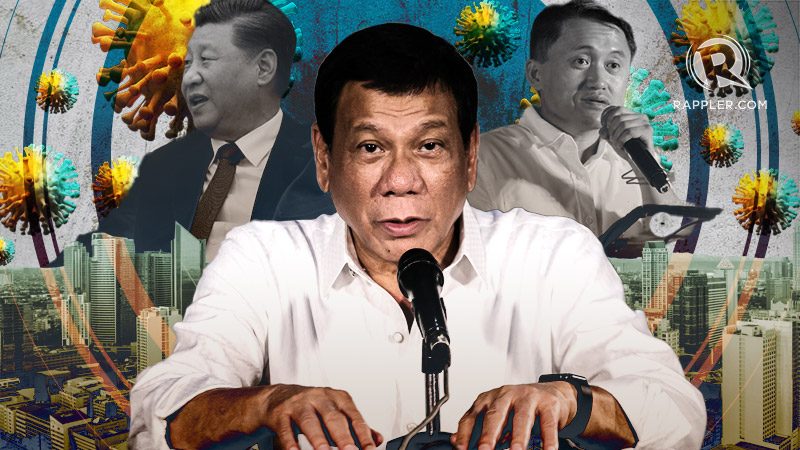 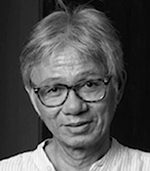 The new coronavirus may be the scourge of the time – it has been declared a pandemic, after all – but trust President Duterte to have other things in mind.

On the evening of his nationwide broadcast on the virus (March 12), he appeared more than two hours late and still needed time for a last-minute briefing before finally opening his mouth – and proceeding to say nothing, not even a token sorry.

Well, not really nothing. He praised his longtime accessory, now concurrently a senator, Bong Go, for his “hard work,” which for the night consisted in handing him the papers he would read from and collecting them back.

He also thanked Premier Xi Jinping for his promise to help us fight the virus. Given China’s strange brand of generosity, such help is probably a loan bearing an interest well above the going rate. And, given China’s equally strange sense of remorse, the standby loan is likely intended as compensation for giving us the virus in the first place.

Xi is not wanting in gratitude either – gratitude in, again, the same typically strange way. In exchange for the strategic and resource-rich territorial waters he got from Duterte, he exported to us Chinese capitalists and workers in great numbers, soldiers in disguise among them. They have set themselves up in all manner of shady operations, which offer rich opportunities for official corruption.

The virus around which Duterte’s appearance had been arranged became incidental to politics. In the next days Duterte’s assistants would be busy answering the questions he needed to answer about the virus that evening but neglected to do so because he was preoccupied with electoral courtship. He gave local governments and their barangay patronizing importance: they will control citizen movements and set up their own quarantines, with the police and the armed forces backing them for needed muscle.

“This is not martial law,” Duterte said. If he meant it you would wonder what business the generals had coming along and seating themselves arrayed behind him.

But that’s one-track-minded Duterte. No virus, however deadly, can detract him from his moment’s obsession, and that is to stay in power or, in any case, escape accountability – for corruption, summary killings, treason – after his presidency. The virus is there only to serve that obsession, a desperate one, as it happens.

Well past halfway through his 6-year term, he has not been able to install himself dictator. He hasn’t stopped threatening; doubtless, he hasn’t stopped trying, either. But, evidently, the military would not go along, having become hung up, since its complicity with Ferdinand Marcos in his own dictatorial regime (1972-1986), on some solid constitutional justification. COVID-19 is certainly no such justification. Still, he will try to use it in whatever way it suits him.

But it seems likeliest that in the end he will be left with no other choice than to take his chances on the vote in May 2022 and hope that a surrogate succeeds him.

Surrogate prospects are in fact being floated. Not surprisingly these are family or sycophantic sidekicks or cronies, of whom the more obvious names are Duterte’s daughter Sara, Bong Go, and another senator, Cynthia Villar, whose son is Duterte’s Secretary of Public Works and Highways, whose wife in turn is Undersecretary of Justice. Not to be counted out, despite an enormous natural incapacity further increased by taking blows to the head in a long, if illustrious, ring career is Manny Pacquiao; he has made it to senator, after all.

Meantime, already up against the advantage of incumbency, opposition groups remain split. And sidetracked moreover by the virus and constrained by health measures that call for limited movement and social distancing, where once they wasted time they are now deprived of it. That’s precious little time as it is, and time better spent agreeing on one choice – only one – and coalescing around him or her, as elementary strategizing dictates.

If you ask yet who that choice should be you are not being wholly innocent. The choice is simply too clear to be missed, and only too well tested to be doubted. Despite being not only a marginalized but a persecuted Vice President, she has proved her leadership worthiness all around, most critical of all in the field of morals, where lies the root of our social deterioration, and possibly, in the context of all human society, where lies as well the cause of the disease COVID-19. – Rappler.com