[OPINION] Can we beat the coronavirus with ‘discipline’?

Apr 6, 2020 11:00 AM PHT
Facebook Twitter Copy URL
Copied
It seems that the quarantine emphasizes disciplining the hardheaded and the unruly more than confining of the virus 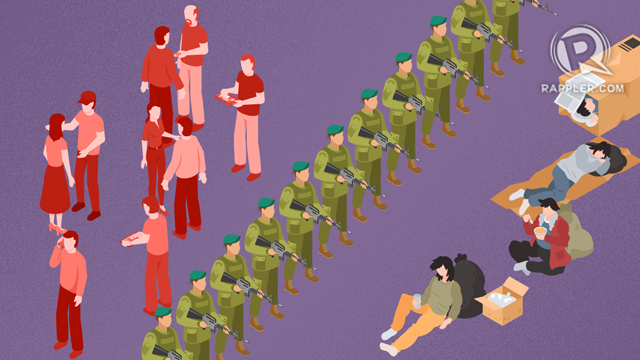 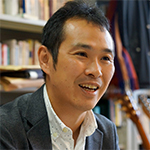 I currently live in Tagbilaran City and have observed how Filipinos patiently abide by the quarantine despite the great inconvenience. This, to me, is striking, considering the usual complaints about Filipinos, even when it’s not crisis time – such as how “Filipinos are undisciplined, don’t know how to follow the rules” and “the Philippine state is too inefficient to regulate the people.”

After exploring why many Filipinos now voluntarily, rather than passively, follow the call for “discipline,” I warn of the dangers of what I call a moralized disciplinary quarantine that the government is employing.

First, many Filipinos appreciate or concede to the strict quarantine because they are concerned about the country’s fragile medical system, which is reflected in the high fatality rate of affected people and dismal rate of total testing conducted per million people. That leaves a total “lockdown” as almost the only available countermeasure for the country, and so people endure it with “discipline.”

Second, knowing the weakness of both the medical system and the state apparatuses, many Filipinos are trying to complement the state’s capacity with their “discipline.” In this sense, abiding by the quarantine becomes more than the avoidance of individual infection but an expression of nationalism for a collective benefit.

Third, although “discipline” does not put any bread on the table, even the poor have somehow survived the predicament of being prohibited from work for more than two weeks. The “lockdown” has not yet led to social disorder – unlike in other countries, such as India and Nigeria. This can be attributed not only to the strengthened state policing system but also to the economic growth that has reduced the number of poor people living from hand to mouth. However, this seemingly tranquil situation won’t last long if the government fails to provide sufficient assistance.

Fourth, even before the crisis, an increasing number of Filipinos had come to uphold a kind of “discipline” that limited their freedom. They have observed how disciplined societies function in foreign countries. Millennials are required to become disciplined “human resources” who match global demands in the growing service industry. For the poor, the conditional cash transfer program or 4Ps (Pantawid Pamilyang Pilipino Program) has demanded that they become disciplined “good citizens” who lead a decent life and have quit vices, such as gambling and drinking, in exchange for cash from the state.

These new breed of Filipinos who classify themselves as “good citizens” embrace this conviction: that “discipline” is indispensable to destroy the existing corrupt system. They believe that, for the Philippines to develop into a respected emerging country, “discipline” will put a stop to all sorts of non-law-abiding activities committed by undisciplined “evil others.” In 2016, Duterte sparked their frustration and transformed it into a hope. (WATCH: Rappler Talk: Why the poor support Duterte)

He has enjoyed the high popularity because of his call for “good citizens” through his disciplinary brand of governance: the war on drugs, a curfew on minors, increased taxes on alcohol and tobacco, and so on. Without this popular support for Duterte’s “discipline,” the quarantine would have become more difficult to implement.

The enhanced community quarantine can be understood as an extreme mode of Duterte’s disciplinary governance. In fact, it is difficult to see epidemiological merits in some regulations, such as banning liquor for household consumption and prohibiting family members living together from riding on the same motorbike or tricycle. However, we try to follow them to prove we are not undisciplined or pasaway (hardheaded).

Many local governments have declared even stricter quarantines than what the national government requires. I sense in local chief executives not only an awareness of the extent of the crisis but also the attraction to show strong leadership in disciplining people. As a viral video showing a soldier demanding quarantine offenders to do 50 jump squats represents, it seems that the quarantine emphasizes disciplining the hardheaded and the unruly more than confining of the virus.

As with the “war on drugs,” the disciplinary quarantine morally divides the people into “good citizens” and “evil others.” On the one hand, those who voluntarily accept the inconvenient regulations and contribute to the government are commended as “good citizens.” On the other hand, violators and dissidents are demonized as “evil others” who are putting the nation in danger. Thus, some local governments disqualify offenders from receiving relief goods and other services. Such a moral dichotomy is seen in a myriad of social media discourses disseminated by supporters of the President.

My worry is that “discipline” itself may have become a purpose of the quarantine, rather than an instrument to confine the virus. I am afraid that an overemphasis on “discipline” and moralization of the quarantine are downplaying epidemiological accountability based on scientific data, which may cause negative outcomes.

If the outbreak cannot be constrained by mid-April and the quarantine needs to be extended, people’s patience can eventually reach their limit. In such a situation, epidemiological knowledge must be utilized to carefully designate specific activities that should be banned while loosening others to make the quarantine sustainable.

Otherwise, people’s voluntary contributions to the state can gradually turn into serious dissent, which will worsen the moral division. Those who still try to adhere to the quarantine with great stress will further demonize those who cannot or do not, and the government will utilize their resentment to punish dissidents, as already suggested by the President.

Lastly, blindly following rules without wondering if they are unreasonable or absurd can make us unintentionally commit serious human rights violations, which Hannah Arendt called the “banality of evil.” The more we become passionate in punishing undisciplined “evil others,” the more we are likely to commit the crime. News reporting quarantine offenders being put into dog cages or under the midday sun illustrate that this is already occurring, not to mention violence in the “war on drugs.”

I have long admired how Filipinos have tried to create a better social order through their mutuality and compassion, given that they cannot rely on the inefficient and predatory state. I believe it is a healthy thing that I still observe many people break the motorbike back ride ban and tolerate each other, while following more important and reasonable regulations. I hope we can retain the ability to examine whether a law is really reasonable and justifiable despite the call for blind obedience to “discipline” amid the crisis. – Rappler.com

Wataru Kusaka is an associate professor at the Graduate School of International Development, Nagoya University. He specializes in political science and Philippines studies, using ethnographic approach. His publications include Moral Politics in the Philippines: Inequality, Democracy and the Urban Poor (National University of Singapore Press and Kyoto University Press, 2017).