[ANALYSIS] The inhumanity of PhilHealth’s new fees on overseas Filipinos 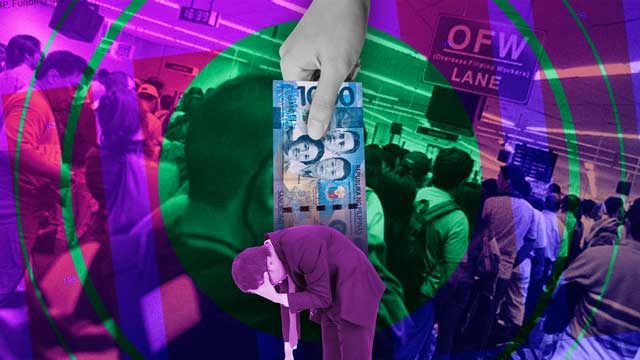 The timing couldn’t be worse.

Last month, right in the middle of a pandemic, the Philippine Health Insurance Corporation (PhilHealth) issued a circular reminding overseas Filipinos to pay 3% of their monthly income as PhilHealth premium contributions.

This is a huge jump from the previous fixed annual contribution of just P2,400.

Worse, late contributions will now be slapped with compound interest, and the premium rate is also scheduled to gradually increase to 5% by 2024 (see Figure 1 below).

These new rules were met with much weeping and gnashing of teeth. Otherwise reticent overseas Filipinos took to social media to protest loudly. Over 400,000 people have signed an online petition calling for the removal of the “very unfair and inhumane” fees.

Only after drawing flak did PhilHealth defer the collection of the new fees. But PhilHealth couldn’t altogether scrap such fees because they’re mandated by the Universal Health Care (UHC) Act, signed into law by President Rodrigo Duterte himself on February 20, 2019.

It’s true that PhilHealth needs as much money as it could get, especially these days. But asking this much money from our overseas Filipinos – right smack in the middle of a pandemic – is ill-timed and inhumane.

Admittedly, there’s a lot on PhilHealth’s plate these days.

First, PhilHealth is at the frontline of implementing the UHC Act, which mandates the automatic enrollment of each and every Filipino in the National Health Insurance Program.

Essentially, this means that all of us can enjoy various healthcare services – whether preventive, promotive, curative, or rehabilitative – in PhilHealth-accredited hospitals.

Enrolling more than a hundred million people in this program is no mean feat. It’s a huge undertaking requiring enormous funds.

UHC as a whole is expected to cost P257 billion this year, and the total annual cost is only expected to rise over time.

Government also foresaw it wouldn’t have enough money to cover the looming costs: they expect a “funding gap” of about P62 billion this year alone (Figure 2).

On top of all this, PhilHealth also has an outsized role in the current pandemic: it’s expected to shoulder the medical bills of all COVID-19 patients.

In March, PhilHealth allayed public fears and promised to shoulder all such costs. PhilHealth even released P30 billion for the reimbursement of their accredited hospitals.

But in April, PhilHealth backtracked from full coverage and offered instead “case rate packages,” or maximum amounts they’ll shoulder per case: P43,997 for mild pneumonia, P143,267 for moderate pneumonia, P333,519 for severe pneumonia, and P786,384 for critical pneumonia.

Medical bills in excess of these ceilings will have to be borne by patients themselves.

The problem is that COVID-19 hospitalization could easily cost millions of pesos. Without PhilHealth’s full coverage, many low-income and middle-income patients will be quickly buried in debt.

Some hospitals also have a hard time being reimbursed by PhilHealth and face financial ruin themselves. The UST Hospital, for instance, recently slashed its staffing (and even discharged some patients) on account of P180 million in reimbursements PhilHealth has supposedly yet to pay.

Due to the twin burdens of UHC and COVID-19, PhilHealth needs a budget that’s larger than ever. Although its budget has increased since 2017, this seems to have plateaued at P67.4 billion in 2019 and 2020.

Much of PhilHealth’s cash comes from members’ premium contributions, and the rising premium rate imposed on everyone – including migrant workers – was no doubt put in place to ensure PhilHealth’s financial sustainability.

A time for compassion

Although PhilHealth needs money, this is hardly the time to go after the incomes of overseas Filipinos.

In a pandemic, the point is for government to give money to vulnerable sectors like overseas Filipinos – not to take money from them.

As of May 2, some 24,400 seafarers, caregivers, construction workers, and other OFWs have been repatriated due to the pandemic. Absent jobs and sufficient savings, many of them face hunger and poverty at home.

Filipinos stuck abroad are also hard put to send money to their loved ones. Government estimates that remittances might go down by at least P4-8.5 billion – if almost a third of overseas workers lose their jobs. The new PhilHealth fees needlessly and cruelly add to overseas Filipinos’ financial woes.

The other new rules are just as bad.

For instance, PhilHealth cast its net wide with an exceedingly broad definition of overseas Filipinos, comprising even Filipinos with dual citizenships, those in distress, and even those living abroad for one reason or another. Note that the UHC Act only mentioned “migrant workers.”

In addition, the implementing rules of the UHC Act – drafted primarily by the Department of Health and PhilHealth – provided that OFWs must settle their premium contributions before they could get their Overseas Employment Certificates.

Advocates say this policy is tantamount to hostage. It might, in fact, induce many of our workers to bypass legal channels and seek work abroad illegally – inadvertently putting them more in harm’s way.

Although PhilHealth already put on hold the collection of the new premium rate – at least over the course of the pandemic – it must also revoke some of the unconscionable rules it had put in place.

With the moratorium in place, Duterte and his economic team must raise lots of money fast in order to subsidize PhilHealth and keep it up and running throughout the pandemic.

And once the pandemic eases, there is still the question of paying for the grand social project that is UHC.

The thing is, all gainfully employed Filipinos – migrant workers or not – will have to come to terms with PhilHealth’s increasing premium rate. The sustainability of UHC hinges on it.

Many OFWs are skeptical they won’t benefit a lot from this anyway. But in 2019, OFWs contributed a little over a billion pesos to PhilHealth, and claimed P1.7 billion in benefits along with their dependents.

Besides, chipping in for UHC is part and parcel of nation-building. It’s as good a contribution (or ambag) as one could give. – Rappler.com

The author is a PhD candidate and teaching fellow at the UP School of Economics. His views are independent of the views of his affiliations. Thanks to Miharu Kimwell for helpful insights. Follow JC on Twitter (@jcpunongbayan) and Usapang Econ (usapangecon.com).