[OPINION | Newspoint] Martial law by any other name

May 6, 2020 2:12 PM PHT
Vergel O. Santos
Facebook Twitter Copy URL
Copied
The nation is in the grip of such fear as it has not faced before 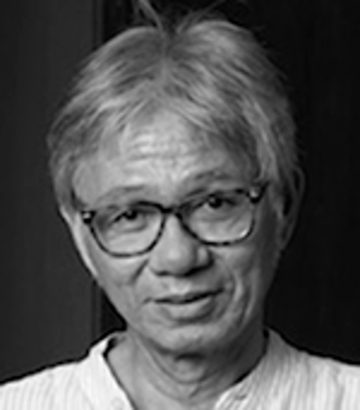 On Tuesday, May 5, the National Telecommunications Commission (NTC) ordered ABS-CBN to close. The order constitutes suppression of press freedom, a violation of the Constitution.

The whole affair cannot be taken in isolation. It is merely another drop in the nation’s descent into authoritarianism, which has been prefigured in regular, undisguised pronouncements by the President himself. Neither can it be taken apart from the pandemic: without doubt, the pandemic offers itself as a convenient circumstance.

The nation is in the grip of such fear as it has not faced before. Everyone is confined to their homes, locked down by government orders. It is a situation that renders them too distracted and helpless to trouble themselves with press freedom, even when that freedom involves their right to know what’s happening around them that affects their very lives, when on it precisely depends their well-being more vitally now than ever.

That freedom is definitely greatly diminished by the closure of ABS-CBN, the nation’s leading broadcast network, and the closure inevitably sends a chill across the news profession. ABS-CBN had been unable to look away, as Duterte would have doubtless preferred, from his regime’s grave and only too obvious shortcomings in dealing with the emergency. Conceivably, that did it for ABS-CBN, which, after all, had long been on Duterte’s bad side.

To be sure, closing the network only fits in Duterte’s despotic designs, which may have found its time. Seizing the pandemic as a pretext, he has sent out his martial law steamroller. The nation’s streets are now crawling with police and troops and even armored personnel carriers. Even the civilian agencies leading the fight — against a virus! — are commanded by ex-generals. (READ: ‘Grave abuse of power,’ senators condemn NTC flip-flop on ABS-CBN)

That Tuesday’s NTC order came from an underling in the hierarchy of official power, indeed an irrelevant one to the franchise issue, is a grand mockery of a bedrock principle of democracy. And, as if all that were not insulting enough, between NTC and the President is a solicitor general — himself obscure until he came to that position — so blinded and so self-absorbed he thinks he has won his legal victories by himself — in fact, they were delivered to him by friendly or fearful courts.

At any rate, the solicitor general is an efficient power tool: Duterte says the word and he jumps, and proceeds to send the word down the line. NTC, for its immediate part, promptly obeys, even if doing so means encroaching upon the jurisdiction of Congress, not to say going back on a public promise.

NTC is a mere technical administrator; its chief job is to keep traffic among the franchisees on the radio band and has nothing to do whatever with broadcasting franchises. Franchising is a congressional function. NTC itself conceded that when it agreed at a House hearing that ABS-CBN should be allowed to continue operating while its request for franchise renewal was under consideration.

In fact, ABS-CBN’s request ought to be granted as a matter of course, because it involves press freedom, which cannot be abridged. To take away a franchise is to take away a measure of that freedom — to abridge it precisely. (READ: [OPINION | NEWSPOINT] The right to be entertained)

If any institution is immediately challenged here, it is Congress, which has proved tardy and suspiciously irresolute. If NTC gets its way, that would be a mortal shame not only for Congress but for democracy.

ABS-CBN itself could have been bolder. Instead of closing without a resistance — in fact, closing on the very night after it received the NTC order — it could have shown some fight, as the people in whose behalf it exercised its freedom only deserved. Freedom is not something to bargain with; it’s something to fight for. – Rappler.com