[ANALYSIS] Why make the poor pay for the coronavirus response?

May 25, 2020 10:56 AM PHT
Sonny Africa
Facebook Twitter Copy URL
Copied
'It’s all a bizarre repeat of TRAIN where the poor are made to pay more so the rich can pay less. This time around, amid the COVID-19 crisis, the rich will benefit from the biggest corporate tax break in Philippine history.' 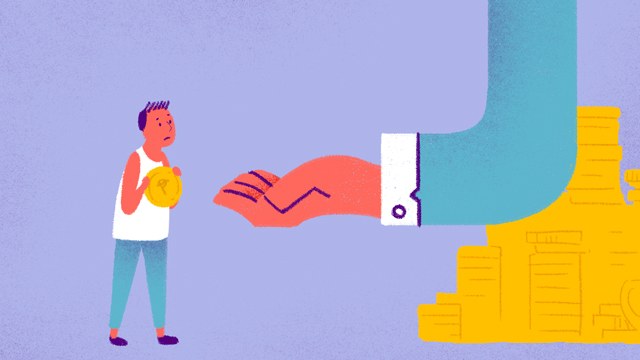 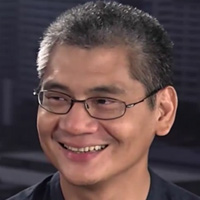 There’s more than enough money for all the COVID-19 response we need – the Duterte administration just has to take the side of the people and stop being so scared of the rich.

The Philippines is in the middle of its worst public health and economic crisis in decades, possibly even in its history. The social, economic, and health measures needed to deal with this are undoubtedly expensive. But are they unaffordable?

The government seems to think so. The president famously said that the government does not have enough money to respond – “hangin lang iyan,” he lamented.

The rest of the Inter-Agency Task Force for the Management of Emerging Infectious Diseases haven’t been as blunt but they’ve been acting that way. The social welfare department has, in effect, been rationing already stingy cash aid with unduly strict requirements. The health department isn’t testing, tracing, isolating, and treating as much people as they should for want of resources.

The finance department is at the helm of the government’s economic team. It is voting with its feet – its Philippine Program for Recovery with Equity and Solidarity (PH-PROGRESO) and stimulus plans don’t give income support for tens of millions of cash-strapped families beyond the lockdown.

Unfortunately, strangely affirming the importance Karl Marx gives to the economic base of society, the economic managers are too decisive. The finance department is also in charge of revenue generation. If it says there isn’t any money, then the rest of government won’t have any money. Which explains where the president’s hangin comment came from.

But is there really no money to be had?

But before looking into that, a more basic question – how much does the government really need? Four months into the pandemic, it’s still not actually very clear. PH-PROGRESO is presumably the national government’s plan but this doesn’t include what must also be considerable efforts at the local government level. (READ: [ANALYSIS] A deeper look into Duterte’s finances to fight the coronavirus)

The four-pillar PH-PROGRESO also has to be interpreted carefully because the finance department adds up actual spending, loans and guarantees, foregone revenue, financing, and additional liquidity to come up with an impressive looking grand total of P1.74 trillion.

As it is, it looks like there’s only P506 billion in actual spending. This includes P321.6 billion in emergency support, P133.7 billion in loan and credit guarantees, and P50.7 billion for health measures.

The balance of P1.24 trillion is actually composed of tax cuts and other foregone revenues (P142.8 billion), liquidity released into the system by central bank measures (P233 billion), and financing mostly from new debt (P861.8 billion). Put another way, the government doesn’t actually need to raise funds for all these items accounting for 71% of the “grand” total.

So where to get that P506 billion that will actually be spent?

The P861.8 billion in new financing of PH-PROGRESO – P436.9 billion from official development assistance (ODA) and P419.4 billion from government bonds – is presumably a source.

But the program also mentions up to P673 billion freed up from existing budget items and so not really needing new financing or revenue sources. This is from the 2019 and 2020 national budgets, off-budget items from government-owned and controlled corporations and government financial institutions, and private sector contributions as well as from “financial sector, monetary policy, regulatory relief.” In his last weekly report to Congress, the president cited raising P257 billion already from discontinued, abandoned, reprogrammed, reallocated, and realigned items in the 2019 and 2020 budgets.

Looked at in this way, it appears that the government has come up with a reasonably prudent plan.

But appearances can be deceiving. There are two problems here.

The first is that the planned P506 billion in actual spending falls far short of being a sufficient response. The COVID-19 response needs to be much more comprehensive and ambitious. The combined cost of the range of health measures, emergency relief, income support, and enterprise support needed is likely more in the order of P1.5-2 trillion.

Clearly, the perceived lack of funds is a major binding constraint to a larger COVID-19 response and, even more so, to the broader response that is really needed. This self-imposed limitation gravely undermines the public health response, risks undue infections and deaths, and will mean socioeconomic difficulties on a massive scale. (READ: What the Philippine economy could be like after the coronavirus)

Which leads to the second problem. Meager as the response is, the poor are paying for it more than they should – through debt and higher taxes – while the rich are paying much less than they can.

Most of the P861.8 billion in financing of PH-PROGRESO is actually new and additional debt that will be paid for from taxes. Only a tiny P404 million of this financing are grants and the rest are ODA loans and government bonds. The government has already been reported as seeking US$5.7 billion in foreign loans for its COVID-19 response. To date, the finance department reports US$4.9 billion in COVID-related foreign debt.

The taxes to pay for this debt are disproportionately borne by the poor with their low incomes. Especially after the Tax Reform for Acceleration and Inclusion (TRAIN) Package 1 of 2017, the country’s tax system is more regressive and consumption tax-oriented than it has ever been.

The self-imposed debt trap even to so-called development agencies and friendly governments is glaring. The Duterte administration is programmed to pay US$1.7 billion in debt service to multilateral and bilateral agencies – especially the World Bank and Asian Development Bank – this year. These are also the very agencies it has borrowed an additional US$2.5 billion from to respond to COVID-19.

The government is also quick to tax consumption including of the poor. Consumption taxes are inherently regressive in being paid the same by everyone regardless of how poor or rich they are – as opposed to direct taxation of income and wealth which is more progressive.

The administration has already hiked tariffs on imported oil products by 10% to raise funds for dealing with the pandemic. The planning agency, headed by a former finance department official, is already proposing higher consumption taxes that will add to the burden of poor and middle class families.

Increasing taxes on low-income families amid a recession would be perplexing if the insensitivity of the Duterte administration and its economic managers when it comes to taxes were not already well-established. They are only being hugely opportunistic in exploiting the COVID-19 crisis to push their long-standing TRAIN agenda of raising consumption taxes on poor and low-income groups while reducing taxes on the rich.

It’s all a bizarre repeat of TRAIN where the poor are made to pay more so the rich can pay less. This time around, amid the COVID-19 crisis, the rich will benefit from the biggest corporate tax break in Philippine history.

So where can funds for the comprehensive COVID-19 response needed come from? From the very same sources that funding for national development should come from – the accumulated wealth and income of the rich.

The pandemic has seen the ideas of solidarity, unity, and compassion raised repeatedly. Beyond spontaneous acts of charity, paying higher taxes is putting money where your mouth is.

In our population of 108 million, an estimated 596 Filipinos have wealth of some P2.5 billion pesos or more. This includes the 50 richest Filipinos whose combined wealth of around P4.1 trillion is, by IBON’s estimates, more than what the poorest 71 million Filipinos own combined.

There’s no reasonable argument that taxing their wealth above P1 billion will adversely affect their well-being and welfare. A wealth tax of 1% on wealth above P1 billion, another 2% above P2 billion, and another 3% above P3 billion will raise P236.7 billion annually from these 50 richest alone. They are not going to be spending this anyway versus the huge social, economic, and health returns from using this for COVID-19 response.

These are illustrative figures for now but the Duterte administration can come up with more precise figures if it was so inclined. There are technical challenges but these are not insurmountable and no reason not to try. A wealth tax, higher taxes on large corporations, and higher taxes on the richest Filipinos are the most rational sources of revenues for COVID-19 response and development.

Does Congress have the political will for these? Sadly, our senators and representatives, looking to the 2022 elections already, are the biggest political won’t. – Rappler.com