[ANALYSIS] Return to a bleak, not better normal

Jul 2, 2020 10:57 AM PHT
Tom Villarin
Facebook Twitter Copy URL
Copied
'Alas, with the Rappler cases and ABS-CBN shutdown, made emphatic with the passage of a draconian anti-terror law amid still rising COVID-19 cases, the Duterte administration’s bait for investors is laced with poison' 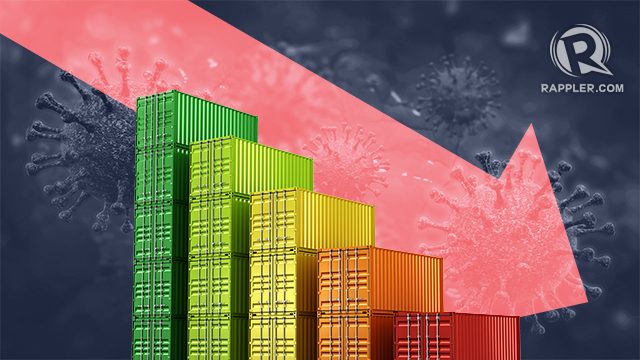 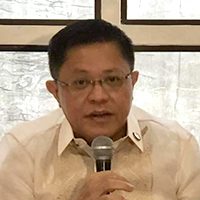 As the country enters a post-lockdown phase, the new normal for the economy, it seems, is not to “build back better.”

Rather, the thrust is just to return to pre-crisis levels of growth; enhanced fiscal, monetary, and central bank interventions to bring back aggregate demand. (READ: What the Philippine economy could be like after the coronavirus)

In a May 2, 2020 briefing, the Economist ranks the Philippines 6th among selected emerging economies in the world, and the best among those ranked from Southeast Asia, in terms of economic, fiscal, and financial management measures.

It may be argued that our COVID-19 economic response strategy is not to weaken further this macro-fiscal framework. This means preventing at all costs the ballooning of our debt-to-GDP ratio. Hence, incurring more debts and downgrades in credit ratings are frowned upon.

According to BSP Governor Diokno, the country is technically in a recession with possible zero to negative growth this year. The economic managers and ADB forecasts 3.4% and 3.8% contractions, respectively, while World Bank projects a 1.9% contraction. (READ: Bangko Sentral sees sharper GDP contraction in Q2 2020)

In capitalism, two key principles are at play – nothing is free from heaven and everything is a trade off.

Our economic managers are not keen on expanding borrowings to finance public and merit goods. Two stimulus measures passed by the House before it adjourned was thumbed down as “unfundable.” The Bayanihan 2 bill passed by the Senate providing an additional P140-B fund got a lukewarm response.

Economists tell us that consumption is the engine that drives economic growth, as it makes up 70% of GDP.  If you want your economy to grow, you have to press fully the economic pedal by revving up consumption.

That was true in the aftermath of the 2008 global financial crisis when consumption spending went up to an all-time high in 2011. But investments remained at decades’ low, while millions were jobless. Economists describe this as the worst growth recovery and unemployment since the Great Depression.

With the COVID-19 pandemic, consumption drastically went down due to demand and supply shocks. The poor, who are disproportionately affected, have nothing to spend as businesses are closing and workers losing jobs. Boosting consumption now is illogical.

The common measure of economic growth is a country’s GDP. GDP is an accounting summary of final sales for new goods and services. It adds consumption and investment spending together. As a result, GDP reveals nothing about what grows an economy. At best, it demonstrates how large the economy is and not whether it’s growing or shrinking.

The country’s service sector, industries ranging from retail and business services to education and health, is the biggest contributor to the economy. However, the sector has an uneven performance at the regional and subsector levels, according to a 2019 service sector analysis by the Philippine Institute of Development Studies.

The study showed that our service sector is critical in the production process, hence developing human capital as well as enhancing the quality of life through healthcare and education expenditures have to be expanded and not reduced, especially in a recession.

The impact of COVID-19 on the Philippine economy is significant, as the country will suffer its worst economic slump since the 1985 debt default.

Both merchandise exports and imports went down by 50.8% and 65.3%, respectively. Global trade flows remain hampered by lockdowns and reduced external demand.

The consumer and retail sectors were the hardest hit by the lockdowns in Luzon, where 57% of its population resides and which accounts for 73% of the country’s GDP. This is further aggravated by the extended lockdowns in Central Visayas, the second biggest island economy.

This is done by further opening up our economy to foreign investments such as the proposed amendments to the Public Service Act, the Foreign Investment Act, and the Retail Trade Liberalization Act.

Government is pushing for the Corporate Recovery and Tax Incentives for Enterprises Act (CREATE), with provisions that reduce corporate income tax to 25% from 30% in 2020, hoping to attract foreign investments.

It assumes that these tax incentives turn to savings of corporations to fund their operations and retain employees as their Covid-19 response. NEDA estimates P42 billion in savings this year and a total of P625 billion till 2024, if the measure is passed. But actually these are foregone revenues!

Would investors bite the bait especially in a time when global investments are contracting?

Investments have been down before the COVID-19 outbreak amid global protectionism and rising uncertainties. More so this time as the pandemic disrupted supply chains, drained revenues, and led to drastic declines in production.

The pandemic also intensified tax competition between countries to attract investment, with the risk of a global race to the bottom. ASEAN countries, having an average of 23.1% CIT with Singapore lowest at 17%, are cutting it down further.

Even if we do attract multinational corporations, these entities are adept in exploiting arbitrage opportunities. Arbitrage is profiting by way of exploiting the price differences of identical or similar financial instruments by trading in different markets.

Companies also declare profits but after doing cross-border tax avoidance. In the so-called base erosion and profit shifting, strategies of MNCs that exploit gaps and mismatches in tax rules of countries, the IMF estimated $650-B annual revenue losses.

A World Bank report noted in a recent poll among business executives that more than low taxes and labor costs, investment decisions are made based on supportive political environments and stable macroeconomic conditions. Corollary to such factors would be a predictable legal and regulatory environment.

Alas, with the Rappler cases and ABS-CBN shutdown, made emphatic with the passage of a draconian anti-terror law amid still rising COVID-19 cases, the Duterte administration’s bait for investors is laced with poison. (READ: Maria Ressa, Rey Santos Jr convicted of cyber libel)

As the economy reopened, we need a better normal, not a return to a bleak normal. We need to care for our people more, mindful of climate change and wellbeing, and still be on high guard to stop the spread of the disease.

In a United Nations Economic and Social Commission for Asia and Pacific Economic and Social Survey of Asia and the Pacific 2020, governments should prioritize people and the planet over economic recovery. Business-as-usual cannot continue in the face of a long-standing climate emergency, said Shuvojit Banerjee, the economic affairs officer.

For businesses, they have to incorporate environmental, social, and governance considerations into their decision-making process. Consumers have to shift toward sustainable lifestyles focusing on food, transportation, housing, and clothing.

During the pandemic lockdown, studies from Harvard University and the University of Siena have linked a strong correlation on urban pollution to soaring rates of pneumonia and other respiratory diseases, co-morbidities that increase the severity of COVID-19.

Thus we need more investments on health of the physical and mental variety, the quality of life and relationships, access to green spaces and sense of security.

Global lessons from the pandemic showed that government measures are better implemented when there is public participation and solutions are well communicated. Those that fail loses people’s trust and support. – Rappler.com