Jul 13, 2020 2:54 PM PHT
Mel Sta Maria
Facebook Twitter Copy URL
Copied
'The denial of ABS-CBN’s franchise application resonates with all of us: our job security, our freedom of information, expression, and the press and, our fundamental right to know and be happy' 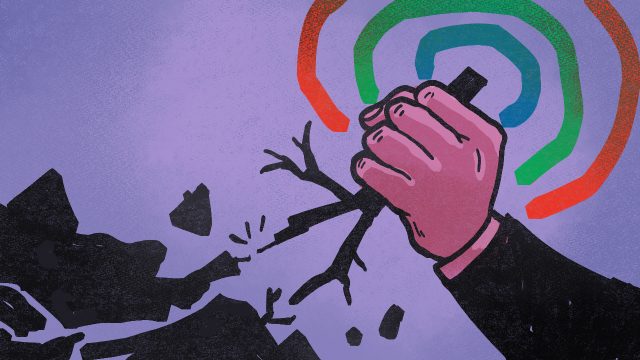 Powers must not be exercised in a vacuum, lest they yield abusive consequences.  While it is true that only Congress has the authority to grant or disallow a franchise, any determination must be done in accord with the spirit of the Constitution and the aspirations of its provisions.

In rejecting the ABS-CBN franchise application, Congress made the country witness a vote bereft of any socially redeeming value. Said vote disregarded democratic ideals and was detached from present exigencies. A reading of the “Findings and Recommendations” portion of the House Committee’s Report reveal only hollow and arbitrary reasons for the repudiation.

The Report decried an owner’s dual citizenship. However, Republic Act Number 9225 says that a dual citizen shall “enjoy full civil and political rights.” Nowhere is it decreed that dual citizens are to be treated as any less than full Philippine citizens. ABS-CBN’s tax “avoidance” was highlighted, but, not being evasion, such practice is legally permissible. The country’s tax authority, the Bureau of Internal Revenue, said as much when it cleared ABS-CBN of any tax liability. Their Philippine Depository Receipts were identified as alleged vehicles for foreign ownership. However, no definitive finding of such ownership was made, only a statement that it was “possible” and that the use of a dummy was somehow “apparent.”

Unless there is a definitive judicial adjudication of illegality of the alleged “numerous” franchise violations, the presumption of regularity and good faith prevails. That is basic.

Evidently, the proceeding’s objective was only to finally let loose the sword of Damocles which had been hanging over ABS-CBN’s head ever since the President started making known his grudge against the network. In voting against the franchise, Congress consistently ignored fundamental considerations which form the very foundations of our society. (READ: Senator Recto: ABS-CBN does not deserve death penalty)

For instance, Art. XIII, Sec. 3 of the Constitution provides that the state “shall afford full protection to labor” and “promote full employment.” Article II on the other hand, states that the “State shall promote a just and dynamic social order that will…free the people from poverty through policies that…promote full employment, a rising standard of living, and an improved quality of life for all.”

Consideration for these principles was noticeably absent. The impending unemployment of about 11,000 workers’ will show this. While the report cryptically refers to “less than exemplary labor practices” undertaken by ABS-CBN, the solution was not remedial but utterly destructive, completely prejudicial to the workers Congress purports to commiserate with.

One cannot help but question the humanity of those forcing people out of their jobs, placing their families in dire straits during this deadly pandemic despite the availability of work and their employer’s readiness to provide those jobs. It is beyond perplexing. It is absolutely immoral. Surely the Constitution did not intend to make people hungry, weary, and destitute.

ABS-CBN has also established an extensive communication and technical network reaching almost all parts of the Philippines. It has subsidiaries abroad catering to Filipinos yearning to watch and listen to news about their home. During natural calamities, ABS-CBN plays a vital role in disseminating information, saving lives of those in vulnerable areas. The Constitution exhorts that “the State recognizes the vital role of communication and information in nation building.” (Article 2, Section 24). Also, “the State shall regulate the transfer and promote the adaptation of technology from all sources for the national benefit.” (Article 14, Section 12). These are not just empty aphorisms. They are meant to strongly guide all government actions, including the granting of a franchise.

This is all not to mention the great contributions ABS-CBN’s artists, writers, directors, and other creatives have made to the country’s cultural fabric. Needless to state, “a climate of free artistic and intellectual expression” is something the Constitution commands the State fosters.

Which leads us to some of the most important rights enshrined in our Constitution: freedoms of expression, speech, and the press. Content-wise, they can only be legitimately curtailed if there is clear and present danger. No such danger can even be imagined from ABS-CBN’s operation.

Did the members of the House of Representatives consider all these cardinal points in rejecting ABS-CBN’s application?

It is not that ABS-CBN deserves any arbitrary congressional preference. But, as the years have shown, it has earned its stature as a reliable and effective platform for free expression and access to information. Allowing its continued operation would not be an undue favor. A privilege though the franchise may be, it would be a well-deserved one. (READ: Big majority of Filipinos think Congress should grant ABS-CBN a franchise)

When a franchise fortifies what are supposed to be enduring democratic values, the balance must overwhelmingly tilt in favor of its grant, especially when the grounds for rejection are flimsy. That must apply not only to ABS-CBN but to all legitimate media networks because, in the process, democracy is strengthened. There is no “absurdity” in that as gratuitously claimed by the report.

Decisions must be made in context. The rejection was insensitively inopportune. We are experiencing a deadly pandemic. Life-saving considerations should have impelled the grant. Legislation cannot be divorced from the deadly realities outside the congressional halls.

When power is exercised with personal and political motives rather than in consonance with constitutional policies and existing compelling factors, such exercise can result in oppression and  unjust consequences, inimical to the nation’s general well-being.

The denial of ABS-CBN’s franchise application resonates with all of us: our job security, our freedom of information, expression, and the press and, our fundamental right to know and be happy.

Democracy has taken a grotesque pounding. When decency leaves the halls of Congress, that is when you know that the institution itself is diminished conscientiously from within. Then we wonder what liberty is next to be targeted? Former US Associate Justice William Douglas warned:

“What we must remember, however, is that preservation of liberties does not depend on motives. A suppression of liberty has the same effect whether the suppressor be a reformer or an outlaw. The only protection against misguided zeal is constant alertness to infractions of the guarantees of liberty contained in our Constitution. Each surrender of liberty to the demands of the moment makes easier another, larger surrender…” – Rappler.com