Apr 9, 2012 11:02 AM PHT
Maria A. Ressa
Facebook Twitter Copy URL
Copied
Since 2001, there have been more terrorist attacks against hotels than any other industry

SINGAPORE – The picture showed a face of a young Indonesian man, and I studied it closely.  He had an open smile and looked friendly.  I couldn’t have picked him out as a terrorist, a suicide bomber, set to kill innocent people – which is exactly what he did when he and another family member set off bombs at the JW Marriott and the Ritz-Carlton hotels in Jakarta on July 17, 2009.

Nine people were killed and more than 50 injured in the first successful terrorist attack in Indonesia in nearly 4 years.

“I don’t know how many of you have been to the scene of an IED (improvised explosive device),” said Alan Orlob, the vice president of global safety and security for the Marriott hotels. “What it does is it rips clothes off bodies and rips extremities apart. So I was seeing a leg over here, an arm over here, a head over here.” 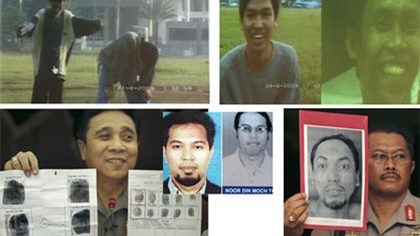 Orlob is a crisis manager, the man who figures out what to do after a terrorist attack. The more challenging job he has, though, is how to prevent these attacks, and that is what he spends his waking hours doing for the global Marriott chains. He served with the US Army Special Forces for 24 years before moving into law enforcement, close protection and corporate security.

He flashes a slide that shows there have been more attacks against hotels than any other industry globally since 2001 and reels off the attacks after 9/11: “The Sheraton in Karachi in 2002; the Amman bombings in 2005 where they hit the Radisson, the Hyatt and the Days Inn; the Taba Hilton Hotel in 2004, where they drove a truck right into the lobby of that hotel; our hotel, the JW Marriott in Jakarta in 2003.” I lived near the JW Marriott, one of Jakarta’s newest, gleaming tall, a favorite of the US embassy because it had the most stringent security.  After I moved to Manila, I often stayed there, thinking that lightning doesn’t hit twice.

The night before the attack, Orlob was having dinner with his security directors in their hotel in Jakarta.  “I remember talking that night, and we discussed how JI” – Jemaah Islamiyah, hijacked by Al-Qaeda to carry out attacks in Indonesia and Southeast Asia – “had been factionalized.  Most of the analysts said they had no capability to carry out more attacks in Indonesia, and we were feeling pretty good about the security situation,” said Orlob.

The next morning, around 7:30, Orlob heard an explosion.  “I went out to my window at the Ritz-Carolton, and my room looked directly down on the JW Marriott, and I could see a plume of smoke, some coming out from the back, and people running.”  It was followed a few moments later by another explosion – this time at the Ritz-Carlton.  Orlob called his security team and rushed downstairs. “I got to the lobby and the elevator doors opened.  I looked across to the left and saw broken glass, and I followed that glass into the restaurant.  It was a scene of devastation.  One of the security officers pulled me aside and said, ‘there’s a head over here by the pillar, and the body is over here.’”

Orlob and I were giving presentations to an annual gathering of intelligence, law enforcement and military counterterrorism officers from Asean. Organized by Singapore’s International Centre for Political Violence & Terrorism Research, it aims to gather first-hand knowledge and experience across fields to broaden perspectives of the men and women tasked with imagining the evolution of terrorist attacks.

“Since September 11, there has been an exponential rise in attacks against hotels,” said Orlob.  “Eighty percent of what my department does is anti-terrorism.”

Orlob reeled off other hotel attacks after the 2003 Jakarta attack, including the Islamabad Marriot in Pakistan, another hotel I stayed at for weeks at a time. “Any time one of these major attacks happen, we deploy a team to investigate. We want to take those lessons and use them as we develop new hotels.”

The Marriott has the most extensive security infrastructure of any American hotel chain globally. Orlob’s basic principle: “We will have more security than any other hotel in that city.”

After the attacks in Amman, Jordan in 2005, he realized hotels needed to start working together because after security in western embassies were increased, hotels became “soft targets” – accessible to the public and “icons of economic development.”

Orlob highlighted lessons, among them: What we’ve seen is that they continue to hone the plans until they get it right. The most famous example are the attacks on the World Trade Center. The same core group attacked and failed to topple it in 1993.  They came back and succeeded nearly 8 years later on 9/11.

For the JW Marriott hotel in Jakarta, it seemed a point of pride for the JI network to take down the hotel with the toughest security.  The planning for the 2009 attacks seemed to have begun 5 years earlier, when one of the cell members, Ibrahim, quit a higher-paying job in another hotel to become a florist at their target.

On the morning of the attack, surveillance cameras caught him entering the hotel with a cart of what we now know are bomb-making materials. Ibrahim brought in Nana, a relative, the suicide bomber who bypassed more stringent hotel security. They went to the florist shop, assembled the device and two hours later, went to the restaurant to detonate it.

There have been many successes in the 11 years since 9/11, but every success brings a new problem as terrorists adapt.  The terror networks – and their tactics – continue to evolve, learning from success or failure.  Orlob’s key message: the threat remains.  The most effective way to fight it hasn’t changed: vigilance. – Rappler.com